The characteristics of inheritance signs in Arabidopsis root system at interaction genes ETR1 and ETR2 are studied. It is stated, that at crossing plants of mutant lines Etr1-1 Ñ Etr2-1 polymeric interaction of genes ETR 1 and ETR2 takes place. In that case splitting in F2 occurs in ratio 9:6:1. In hybrids of first generation the somatic heterosis is observed, that becomes apparent in more vigorous development of side roots in comparison with primary forms. In F1 on genes ETR1 and ETR2 in each alleles pair the domination of mutant gene over wild type gene (ETR1<Etr1-1 ETR2<Etr2-1) occurs. In hybrid plants of first generation the additive effect of non-alleles, dominating mutant genes Etr1-1 Ð¸ Etr2-1 is observed. In the second generation the process of splitting hybrids is going on, their superiority over parental forms as to the length of side roots decreases. It has to do with shortening heterozygosity of plants in the generation F2.

Heterosis is a complicated and very important for evolution and selection phenomenon of increasing energy, vital activity and productivity of first generation hybrids (F1) in comparison with parental forms [1]. The American genetic W. Shall introduced first the notion of heterosis in 1914 [2].

Last year’s heterosis was found out in lots of plants, animals and microorganisms [3]. However, the question about mechanism of heterosis stays still an unsolved problem of genetics.

Unfortunately, no one of these hypotheses is able to explain fully the nature of heterosis. Last time many authors are coming round to the opinion that it is more correctly to view the hypothesis of domination and super domination as the compounds of one genetic theory of heterosis [2]. It is obvious, that conclusion about genetic mechanisms of heterosis should be made only after the picture of gene interaction on the biochemical and molecular levels is clear.

Last time it becomes clearer, that on the problem of heterosis mechanism we should return to the detailed analyzing of genetics of signs. Comparatively lately in A. thaliana several dominant mutations were received. Here are mutations Etr1-1, Etr2-1 on genes ETR1, ETR2.

Genes ETR1, ETR2 code the receptor Hystidyncynases ETR1, ETR2 responsible for perception and transfer into the plant cell the signal, generated by ethylene [4]. Mutation Etr1-1, Etr2-1 in these genes causes lesions of membrane receptors, through which the reaction of plants on ethylene manifests [5].

Ethylene (?2?4) is phyto hormone inhibitor, which is formed in plants and in the lowest concentrations; it regulates the most important programs of their life [6]. The peculiarity of ethylene is that in contrast to other hormones it does not come from one organ into another, acting as distance signal. Instead of ethylene its predecessor (ACC) moves through the plant and namely it takes part in transferring the signal. Ethylene itself coming out of the plant may provide signalization among plants [7].

Ethylene influences on many aspects of plants life. It inhibits cell division, hinders the polar transport of auxin, causes obsolescence of leaves and flowers, increases fruit ripening and abscission, takes part in the plant answer on different stress factors, among them inhibits root growth in the root system, but facilitates the formation of additional roots on the stem [4].

In the genome A. thaliana were detected five genes (ETR1, ETR2, EIN4, ERS1 and ERS2), coding the sensor histidine kinases, which are receptors for ethylene. These genes are a part of a small gene family of ethylene signal proteins-receptors [8].

Mutations on genes ETR1, ETR2, EIN4, ERS1 and ERS2 cause lesions of membrane receptors through which the reaction of plants on ethylene manifests. The treatment these mutant plants with ethylene do not give the typical answer of germs to ?2?4: unlike the wild type the growth of stem, its thickening, inhibition root growth does not stop in them. Ethylene does not cause the activation ethylene sensitive genes in these mutants [10].

The ways of perceiving ethylene in plants are duplicated by several receptors, so it is rather difficult to get plants non-sensitive to it. It is necessary then for a plant to be mutant on 4-5 loci simultaneously [11].

It is universally recognized that dominating mutations are characterized by inhibition the manifestation of wild type genes under heterozygous condition [1]. In case, they have advances of economic importance, the first generation hybrids may manifest heterosis. Taking into account the uncertainty of the matter of participating dominating mutations in heterosis, the object of this work was to study inheritance signs in Arabidopsis root system at interaction genes ETR1 and ETR2.

The plants were grown in the laboratory on the aseptic in vitro culture on the agar nutrient medium of Knopp, enriched with microelements [12].

The seeds were prepared by vernalization for five days at the temperature 4°? to 60°? and the following one-day germination at the room temperature. Test tubes were wrapped in two layers of paper protecting roots from heat and light. The plants were cultivated at the temperature 18°? to 200°?, by the whole day lighting 4000.®7000 Lux.

Castration and compulsory hybridization were conducted under the microscope of type MBS-9. Genetic analyzing as to of inheritance signs of root system was conducted in F1, F2. The capacity of selection in the second generation was 186 plants. Observing the plants, we guided general methodic of vegetation and comparative morphologic research [13]. Mathematic results processing was conducted on methods, described by Dospekhov [13] and Lakin [14].

In plants A. thaliana roots are able to branching. Branching provides the great increasing their general absorbing area. Usually Arabidopsis plants spread in the nature form the root system with many and much branched roots.

In A. thaliana the plants of some mutant lines Etr1-1 and Etr2-1, with dominant mutations in their genotype, possess greater branching degree comparatively with the wild types. Several different genes determine it. Therefore, typical length of side roots of the main one, typical for the natural plants, is determined by the normal genes ETR1 and ETR2; the increased one is determined by the mutant genes Etr1-1 and Etr2-1, which are dominant related to the wild type genes.

It is the well-known fact, that there are no significant differences between the genes of the wild type and the mutant genes. The genes inherent to the wild forms of plants also were mutant at their time. In the evolution process, they were selected by the natural selection, as they developed qualities and properties best favorable for the species existence.

At crossing of mutant lines of plants Etr1-1 and Etr2-1 all first generation of hybrids ETR1 Etr1-1 ETR2 Etr2-1 consisted of plants with greater length of side roots of different branching orders in comparison with the parental forms (Table 1). We observed the somatic heterosis; it manifested in the greater development of the side roots in comparison with the primary forms. In F1 on genes ETR1 and ETR2 in each allele pair domination of the mutant gene over the wild type gene occurred. (ETR1<Etr1-1 ETR2<Etr2-1). Besides, in hybrid plants of the first generation we observed the additive effect of non -allele dominant mutant genes Etr1-1 and Etr2-1.

In this case, the length of side roots in the hybrids of the second generation depended on the presence of two different dominant mutant alleles Etr1-1 and Etr2-1 or one of them independent Etr1-1 or Etr2-1. Therefore, dominant mutant gene Etr1-1 and Etr2-1 affected additively the sign, namely cumulative effect. The splitting in F2 occurred in the ratio 9:6:1. We can explain the results by polymer action of ETR1 and ETR2 genes on the development of the sign: “The length of the side roots”.

The obtained results of study talk us over to the hypothesis of dominating in the heterosis mechanism, which Davenport hypothesized primarily in 1908 and the American genetic scientist D. Johnes formulated fully and convincingly its main ideas in 1917. The perceptions that domination appears in the process of evolution build the basics of the hypothesis; genes, which are favorable for the growth and development of organism, become dominant and half-dominant and genes, which are not favorable become recessive. According this hypothesis is related with multisided action of dominant genes [2].

In our case, the analysis of the inheritance in the Arabidopsis root system the length of the side roots at the interaction of genes ETR1 and ETR2 has shown that mutant genes, which improve some useful signs and abilities, are able to become dominant alleles. In this they suppress the wild type genes and in the case of their positive influence on the same quantitative signs, act additively on their manifestation.

It argues a lot in favor of dominant mutations in the appearance of heterosis. The most important arguments are the following ones.

First, in Drosophila, Man, other animal and plants many examples of dominant mutations are known, where the new sign is manifested already in heterozygotes. One of such examples in man is a gene that can course brachidaktilia. The carriers of such dominant signs are usually heterozygote and transfer this sign to the half of their offspring approximately [3].

Second, the transition of an allele from the recessive to the dominant condition can be caused by different mechanisms acting on different levels of transforming of inherited information in ontogenesis. Genetically the transition can be reached through the selection of the special genes-modificators, effecting the phenotypic manifestation of the mutant allele (Fisher’s hypothesis) or through the selection alleles with greater physiological activity (providing more intensive enzymes synthesis), than primary recessive variant (Raits’s and Holdain’s hypothesis) [16].

Anyway, the level of domination phenotypic manifestation of alleles can evolve, rising over the selection control, if the allele becomes favorable for the carrier at the change of external conditions. The example of it is the raising of domination allele, controlling the dark color in the peppered moth, which according to the data occurred during the last century in the industrial regions of the Europa [16].

Third, the heterosis does not manifest at each crossing in F1 plants. If the heterosis were conditional upon the simple dominant allele number, which are in the population, that number could be easily combined through the line of crossings and to get heterosis combinations [17].

It is known, that one of the important points in the study of heterosis mechanism problem, is the question of what genes provide might development of the first generation hybrids.

Deep scientific analyzing of heterosis event in the second half of the twenties century showed that pees, corn, sugar beet, fodder beet, sorgo and other crops have not much sources for the great combination ability. In particular, the results of large-scale selections for combination ability, concerned, for example thousands of lines in corn and lasting more than 50 yrs, let us suppose that there are not less than ten sources, carrying genes with great combination activity. The analyzing of genealogical lines, determining the high combination ability shows, that in their basis there are not more, than ten source materials. It makes reconceptualize the nature of the heterosis [18].

Unfortunately, the question what genes in a heterozygote condition course the hybrids F1 surpass the parental forms on the number of signs stays not clarified. Many scientists studied dependence between the crop capacities of self-pollinated lines and their crossed hybrids. At the same time the clear relationship between the hybrid productivity and the lines completing them was not stated [2]. In this connection, the researchers have to conduct the complicated work creating inbred lines and evaluating their combining ability.

However, now from our conducted research, it becomes clear, that among the cultured forms and their relatives we should search for dominant mutations (dominant mutant genes), leading to the improvement of one or another sign or property. It is possible that a part of hybrids, sorts of plants and species of animals were bred by crossing lines with a number of favorable dominant mutant alleles.

Obviously, a very rare appearance of dominant mutations in comparison with recessive mutations does not give the possibility to find in plants a big amount of sources with genes of high combining ability in their genotype, which allow getting the high heterosis hybrids when crossing.

The authors declare no conflict of interest. This article does not contain any studies with human participants or animals performed by any of the authors. 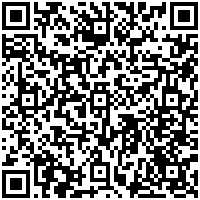