Proteins move in a number of ways, from the rotation of amino acid side chains to the movement of big domains. Protein molecules are thought to quickly and dynamically transition between several conformational substates as a result of the understanding of their conformational flexibility. Numerous experimental methods and computer simulations of protein dynamics have supported this hypothesis. The characteristic periods for subunit exchange between oligomers and for interconversion between various conformations may be relatively sluggish, according to investigations of the subunit dissociation of oligomeric proteins caused by hydrostatic pressure (hours or days). In these circumstances, proteins should be viewed as a consistently diverse population of various long-lived conformers rather than an ensemble of conformational substates that rapidly interconvert.

Following the milestone investigations of An¢nsen [1], protein collapsing has by and large been seen as a cycle in which a polypeptide chain plays out a hunt in conformational space to accomplish the purported 'local' compliance comparing to the worldwide free-energy least under a given arrangement of phyicochemical states of the medium. Given the tremendous size of the conformational space accessible for collapsing of even the littlest proteins [2], it was perceived early that collapsing did not occur by irregular testing of all open confor-mations. All things being equal, the conformational search is right now remembered to happen in an energy scene like a multi-layered channel, the slant of which sectively guides the protein down towards the energy least [3,4]. The channel in this way prompts a tremendous expansion in collapsing rate (compared to the normal rate for an irregular dilusional process) furthermore, forestalls capture in to some extent collapsed states (nearby energy minima). Late outcomes, notwithstanding, have shown that favorable to tein collapsing to an organically skilled compliance does not dependably or fundamentally lead to an extraordinary state comparing to the generally speaking free-energy least. Now and again, the existence of metastable adaptations has been portrayed, showing motor instead of thermodynamic control of the collapsing process [5]. In different cases, collapsing seems to proceed indeed, even after the accomplishment of full natural capability (for example a slow strengthening of the protein structure; [6,7]).

Over the past 20 years, significant knowledge has been gathered about the energetics, kinetics, and routes involved in the folding of various different proteins. Efforts have also been made to incorporate experimental findings into conceptual frameworks that could be broadly applicable to describe folding. In this context, the concept that proteins fold in a funnel-shaped energy landscape (Fig. 1) has been introduced, and it appears to be particularly helpful in explaining some of the fundamental problems with folding. However, according to the funnel model, folding ends at a singular, native state that corresponds to the system's overall free-energy minimum [4]. Given the aforementioned factors, it would appear more acceptable to take into account the potential for several conformers to exist at the funnel's bottom. The final results of protein folding for some proteins seem to be influenced more by kinetic factors than by thermodynamic ones (reviewed in [5]).

The law of mass action is predicted to be followed by the reversible interaction of numerous subunits to produce an oligomeric protein, which is then dependent on protein concentration. This is a sequence that results in the energetic and structural averaging of all the molecules in the ensemble through the quick interchange of subunits between oligomers. Hydrostatic pressure research into the reversible subunit dissociation of numerous oligomers, however, has identified significant departures from the law of mass action [8]. This peculiar behaviour spans from a reduced requirement on protein concentration for subunit association/dissociation in trimers and tetramers [9] to a total lack of dependence on protein concentration for the association of large protein aggregates like virus particles.

This behavior has been investigated in detail in the case of dimeric Triosephosphate Isomerase (TIM) [8,10]. The dissociation of TIM subunits induced by hydrostatic pressure was found to be completely independent of protein concentration, in apparent violation of the law of mass action [8]. In subsequent studies, the kinetics and equilibrium of dissociation/unfolding of TIM induced by guanidine hydrochloride were investigated [10]. These studies showed that the activation free-energy barriers for dissociation of TIM dimers are quite high (v99 kJ/mol), corresponding to a characteristic time of dissociation of 15 h or longer. As the refolding/reassociation of TIM subunits were found to be fast [10], the characteristic dissociation time is the rate-limiting step in a cycle of dissociation/reassociation. This prevents the exchange of TIM subunits between different dimers in times ranging from several hours to days, preventing conformational/energetic averaging of the molecules in the ensemble. In other words, energetic/conformational diferences between individual TIM dimers in solution may remain `frozen' during biologically relevant time-scales (hours to days)

The individuality of protein molecules and conformational diseases

A group of significant human illnesses known as conformational diseases include transmissible spongiform encephalopathies, Alzheimer's and Parkinson's diseases, and AD. These disease disorders are thought to be connected to conformational changes of particular proteins or protein fragments from non-toxic to toxic versions.

An aberrant protease-resistant version of the prion protein accumulates in the brain of individuals with transmissible spongiform encephalopathies, such as Creutzfeldt-Jakob Disease (CJD) in humans and Bovine Spongiform Encephalopathy (BSE) in animals. PrP appears to be the only factor in the transmission of mammalian prion disorders, as nucleic acids are not involved in genetic transmission [11]. 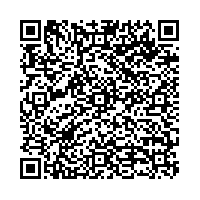