The spent of energy in process is a cutting-edge research in the general field of energy application. In this paper the amount of energy for heating or compressing a system in gas phase was estimated using the thermodynamic equations. Firstly, the systems were chosen and among the alcohols we used them from C3 to C12 to discuss the effect of number of carbons atoms in the chain. Secondly, the Peng-Robinson equation represented the pVT system behavior. Also, influences of the level in temperature and pressure were analyzed.

The results show that the spent energy for the isobaric heating was very similar in value regarding the range of pressures (1 atm-15 atm). The number of carbons in the chain had considerable influence on the heating result of alcohols, as well as in the solution of integral of pdV. For isothermic compression, when the process occurred at low pressures (1 atm to 5 atm), the amount of spent energy was practically constant for all alcohols studied. Also, for the same range of pressure, as the temperature rises, the energy to compress increased. Because there is no influence of the pdV term, internal energy change could be considered as the same of spent energy in the process. The main conclusions drawn from this work will be helpful for future development of efficiency equipment’s such as combustion motors.

Compression and heating are required for a variety of purposes, some of which can be listed: to provide fluid of process for combustion, to transport process fluid through pipelines, to provide heated or compressed fluid for reaction and so on and to circulate process fluid within a process.

The design of the heat or compression engine can be better done when estimation purposes are concerned with the behavior of the fluids of the process. In the biofuel industry, alcohols are much employed [1] and normally have to be compressed or heated before used. Having estimative for the spent thermal energy would facilitate to estimate the costs of the process, which could easily be calculated.

Renewable energy such as solar [2-4], geothermal [5,6] and waste heat [7-9] could be used as important sources for heating or compressing systems in recent years. However, thermal energy has to be converted to electricity or work. If taking into account the thermal-to-electricity conversion efficiency, it is necessary to calculate the amount of thermal energy in the process.

This paper demonstrates that calculation or prediction of the spent energy to compress or to heat some gaseous alcohols (C3- C12) without phase change can be obtained when the physical properties are available using simple equations from the thermodynamic. Recent studies related to compression, expansion and heating of materials have used the third-order Birch- Murnaghan equation of state (B-M EoS) [10,11] as the pVT relation, in this work we represented them by Peng-Robinson cubic equation of state [12,13], which no previous work proposed before.

There are two different kinds of energy, which are heat and mechanical energy, respectively, so we selected the primarily energy to evaluate the system performance.

In this work, two estimative of amount of energy to change the thermodynamic properties of gaseous alcohols were done as follows:

When applied to closed systems in which only internal energy changes occur, the first law of thermodynamics [12] can be used to calculate the amount of energy in the process being expressed mathematically as

where ΔU is the finite change given by the difference between the final and initial values of U. In case of isobaric processes, it can be estimate using the following equation

The heat Q and work given by the integral of pdV are finite quantities of heat and work; they are not properties of the system. Values for derivatives, V2 and V1 will be found solving Peng-Robinson equation [12,13] in the conditions of (p,T2) and (p,T1) respectively. Also, Cp is the molar capacity at constant pressure is informed by DIPPR data bank or [14].

For isothermic compression, the heat is estimated equally as described above; however the integral of pdV and the term for ΔU will be calculated using the expressions as given:

Where, a and b are the parameters of Peng-Robinson (P-R) equation and the derivatives for Eq. (3) will be obtained by solving P-R equation numerically.

Experimental data or fitted equation for Cp is from the data bank of DIPPR or by [14].

Otherwise for the systems used, the choice was to examine a restricted class of alcohols fluids that differ in molecular structure and polarity. To compare the influence of molecular chain and the influence of the terms of the basic equation used, Tables 1-4 report also the results obtained for C3-C12 studied. Critical constants and acentric factor (ω) are from [14].

Table 1. Energy (cal/mol) for isobaric heating of a pure alcohol at low pressures (1 atm and 5 atm).

Table 2. Energy (cal/mol) for isobaric heating of a pure alcohol at moderate pressures (10 atm and 15 atm).

Table 3. Energy (cal/mol) for isothermic compression of a pure alcohol at two distinct temperatures from 1 atm to 5 atm.

Apparently, the calculation for energy spent for compressing and heating fluids is a common and classic process. Hence, the key point is to acquire the accuracy and reliable results of for the alcohols systems. Calculations were performed for nine alcohols systems such as: 2-propanol, 2-butanol, 2-pentanol, 1-hexanol, 1-heptanol, 1-nonanol, 1-decanol, 1-undecanol and n-dodecanol (C3-C12). For that, the experimental molar heat capacity, critical properties, acentric factor as well as the saturation pressure equation to decide the limits and intervals would be adopted are found in DIPPR data bank, together with the relevant literature values available so far [DDB]. Based on the theoretical model and operation conditions, a simulation examples of the compression and heating process is conducted, which is shown in Tables 1-4. In Tables 1-2, the calculated amount of energy for heating at low and moderate pressures of the alcohols are shown as a function of pressure and the number of carbon atoms n in their chains. Comparison is made with the different pressures used and for two intervals of temperatures. As expected, related to the energy spent for heating values are higher as the carbon number increases.

Moreover, it did not change with rising pressure, otherwise for interval of heating near critical temperature, values are a little higher.

To analysis the performance of the alcohols systems and make a comparison with long chain ones, the key operation parameters on the system are discussed in this section, and the variation ranges of pressures (1 atm-15 atm) and temperatures (400 K-800 K) are also presented in the Tables 3 and 4 for the compression process. For the same range of pressure, as the temperature rises, the amount of thermal energy to compress increased. In general, for 50% of temperature increased, the amount of spent thermal energy triplicate. At low and moderate temperatures, the spent energy for compressing decreased as the length of the carbon chain increased.

Figure 1: Relation between internal energy and integral of pdV for some studied cases.

Figure 2: The effect of pressure on internal energy for each system heated from 400 K to 500 K.

Figure 3: The effect of pressure and type of alcohol on the pdV integral term.

Figure 4: The effect of level of temperature and type of alcohol on DU term

Figure 5: Influence of the temperature on the DU term for all alcohols studied

Figure 2 illustrates the effect of pressure (P) on the DU (or ?U) term for each system that is heated in the variation of temperature of 400 K-500 K. The chosen pressures of the system can be adjusted according to the need due to the pVT behavior of the group of compounds tested. Observing this figure, it is obvious that, for this range of pressure, the calculated results were not influenced by the pressure; otherwise they were hardly affected by the number of carbons in the chain.

For both process, the integral of pdV was affected by the level of pressure. Figure 3 depicts results for the heating process and apart from 1 atm all data were influenced by the number of carbon atoms. Despite being an important term, when compared with the internal energy, the value is too small, and then negligible.

In Figure 4, in low pressures, on increasing n (number of C atoms) is observed that the amount of thermal energy stays invariable. Otherwise for moderate pressures and higher temperatures the amount of thermal energy decreases when n increases. This is attributable to a progressive prevalence of the dispersive interactions contribution to the stability of higher terms and is manifested by an almost constant decrease per methylene unit.

The influence of temperature in the DU term is shown in Figure 5. It can be seen that the average increase of calculated DU of alcohols is due to the progressively increased dimension of the molecules and corresponding increase of dispersive interaction.

The amount of thermal energy for heating or compressing alcohols in gaseous phase was evaluated for low and moderate pressures in low and high temperatures.

The influence of the integral of pdV is not pronounced nor for isobaric heating neither for the isothermic compression, then the calculation of the spent energy is reasonable even if the one is neglected. Summing up, internal energy change could be considered as the same of thermal energy spent in all processes.

Depending on the range of pressure and the level of temperature, the amount of spent energy can be affected or not by the number of carbon atoms of the system.

This work has been supported by the UniRV-University of Rio Verde which provided scholarship (Grant No. 30-Public Notice 01/2016 PRPPG/UniRV). 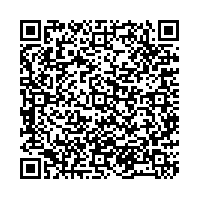