Department of Chemistry, The University of Sahiwal, Sahiwal, Pakistan

Cisplatin (CP) is generally used as a chemotherapeutic agent due to its therapeutic effects against cancer. Vitexin (VIT) is an apigenin flavone having pharmacological effects along with its anti-oxidant, anti-cancer, anti-inflammatory and neuroprotective activities which is a dynamic component of many traditional medicines around the Asian regions. The current study was designed to assess the curative potential of VIT on CP induced nephrotoxicity in male albino rats. Four experimental groups of 24 male albino rats were formed and treated as group I (Control), group II (Cisplatin; 10mg/kg injection at the first day of trial), group III (CP;10 mg/kg+VIT;10mg/kg) and group IV (VIT; 10mg/kg orally till the end of trial) for 30 days. Activity of catalase (CAT), superoxide dismutase (SOD), peroxidase (POD), glutathione (GSH), glutathione reductase (GSR), glutathione S-transferase (GST), level of lipid peroxidation (TBARS) level of hydrogen peroxide (H2O2), urine and serum profiles, comet parameters and histology were observed in this study. CP treated rats showed considerably (p<0.05) reduced antioxidant enzyme activity, creatinine clearance, albumin and a considerable (p<0.05) increase in the level of H2O2, TBARS, urea, creatinine, urobilinogen, urinary proteins and tissue damage. CP injection also resulted in DNA fragmentation and abnormalities. While co-treatment of VIT with CP displayed considerable (p<0.05) recovery of damaged kidneys. VIT administrated rats showed normal experimental parameters and tissue histology. As a conclusion, VIT is considered as an effective curative compound because of its therapeutic potential against CP prompted nephrotoxicity..

Platinum based anti-cancer medicines like cisplatin (CP) are being used in treatment of head, neck, lung, testicular, bladder and ovarian cancer. CP has become the most extensively used anti-cancer drug due to its effective therapeutic effects against cancer. However, residual effects and medicinal resistance are the main challenges ascended due to the use of CP and other metal based anti-cancer drugs. Especially, CP induced nephrotoxicity has become a major problem. CP causes crosslink of inter and intra DNA strand, which disturbs the replication and transcription of DNA, therefore induces DNA damage response (DDR) and replication errors, which ultimately results in cell apoptosis and cell cycle arrest [1].

Oxidative stress, inflammation and apoptosis are the main pathways involved in tubular cell damage. Multiple studies have shown that CP-induced nephrotoxicity is associated with the generation of reactive oxygen species (ROS) and fragmentation of DNA. For several years, efforts have been made to produce derivatives of CP with decreased side effects which resulted in the formation of oxaliplatin and carboplatin with narrow therapeutic spectrum. The other method to decrease nephrotoxic effects of CP is extensive hydration to wash out CP from kidneys. The most important way to decrease the renal damage is the use of flavonoids which have proved the safer alternate.

Flavonoids are significant natural products; they particularly belong to a class of secondary metabolites of plants with a polyphenolic structure that commonly exists in fruits vegetables and certain beverages. Flavonoids have shown numerous pharmacological properties to cure several diseases i.e. Alzheimer’s, atherosclerosis and cancer. Flavonoids are associated with a wide range of health-promoting effects and are essential component of pharmaceutical, medicinal, nutritional and cosmetic applications due to their anti-inflammatory, antioxidant, anti-carcinogenic and anti-mutagenic properties along with their ability to control important function of cellular enzymes.

Trigonella foenum-graecum (Fenugreek) is an annual leguminous herb. Seeds of this plant have greater amount of polyphenolic flavonoids, that have shown stimulating effect on reproductive system. Vitexin, one of the most important bioactive flavonoids, which is extracted from Fenugreek seeds, having anticancer, anti-inflammatory, anti-oxidant and anti-diabetic effects. Keeping this strong background in mind, current study was designed to evaluate the curative potential of vitexin against CP-induced nephrotoxicity in albino rats.

TABLE 1. Effect of CP, VIT and their combination on the activity of CAT, SOD, POD, GST, GSR and GSH.

Protective effect of Vitexin on the level of TBARS and H2O2

TABLE 2. Effect of CP, VIT and their combination on the TBARS and H2O2 levels.

Protective effect of Vitexin on serum and urine profile

TABLE 3. Effect of CP, VIT and their combination on the level of urea, creatinine, creatinine clearance, albumin, urobilinogen and urinary proteins.

2.5. Effect of Vitexin on histology of renal tissues [3].

Microscopic analysis of kidney tissues showed that the treatment of rats with CP caused severe damage in renal parenchyma. CP made some tubular dilation in the cortex and focal epithelial cell damage throughout constrained areas, while in the outer medulla it persuaded chronic and noticeable cytolysis of epithelial cells. Capillaries interacted with tubules were dilated and dilation of tubules was observed in the inner medulla. The co-treatment of CP + VIT showed less damage and significant recovery in the tubules of the renal parenchyma. Rats treated with Vitexin alone showed distal and proximal tubule segment more similar to control group (Fig. 1).

CP has been commonly used to treat different types of cancer. Some other platinum based harmless analogs were developed for the treatment of cancer but were not as effective as CP. CP is a powerful therapeutic agent that causes acute kidney damage by inducing oxidation, inflammation and DNA damage. Vitexin is a polyphenolic flavonoid which is present in various herbs e.g. in fenugreek. It displays prominent anti-inflammatory, antioxidant and anti-diabetic activities.

In current study, CP administration showed considerable decline in antioxidant enzymes activity like CAT, SOD, POD, GSR, GST and GSH whereas a remarkable elevation in the level of TBARS and H2O2 was observed. CP induces immune response and reactive oxygen species mediated renal damage. Renal toxicity induced by CP is due to amplified generation of hydroxyl radicals and superoxide anions [4]. Amplified generation of these reactive oxygen species reduces antioxidant enzyme activity (CAT, SOD, POD, GSH) and increases lipid peroxidation in the kidneys. Evaluation of lipid peroxides and H2O2 in our samples is a useful to validate the existence of renal irregularities. These results are in consistency with the results shown in an earlier study where the level of oxidative stress markers was investigated four days followed by CP treatment in rats. In our study, improvement in antioxidant enzymes activities and decrease in TBARS and H2O2 levels due to the co-treatment of VIT with CP apprised the defensive potential of VIT in CP instigated renal injuries in rats. As in many other flavonoids, VIT inhibits the production of ROS and shows its antioxidant potential which may be a main reason behind increase in antioxidant enzymes activity and reduction of the TBARS and H2O2 level.

The toxicity induced by CP administration exhibited considerable escalation in urea, creatinine, urobilinogen and urinary proteins while, a considerable decline was observed in creatinine clearance and albumin proteins. These findings are in consistent who revealed that urobilinogen is not the component of urine normally, hence its higher level in urine can be due to CP toxic effect. Renal toxicity persuaded by CP can also be described by considerably reduced kidney functions indicated by increased blood urea and serum creatinine. Along with this, the augmented urea, urobilinogen, creatinine, urinary proteins and decreased albumin, creatinine clearance are the markers for severe oxidative damage to the kidneys. Results of this study revealed that VIT maintained the serum and urine profile towards normal conditions which depicts the reno-protective role of VIT.

CP intoxication showed different levels of damage in the DNA. In our results, remarkable change was found in tail moment, % of DNA in tail and head, head length, comet and tail length in CP administered rats, presenting a high degree of DNA damage. Comets tail length is a depiction of the fragmentation of DNA in all cells assessed by comet assay. In our observations, increased tail length indicates substantial damage to the DNA in kidney cells administered with CP. When CP enters in the cell, its multifaceted relation with cellular environment coverts it in to positively charged electrophile having high attraction towards DNA which further results in the configuration of DNA cross links that blocks replication and synthesis of DNA causing the cell to be in cell cycle arrest mode. Nephrotoxicity induced in CP-treated rats can be reduced pharmacologically. Co-treatment with VIT reduced the abnormalities induced due to CP administration; which indicated geno-protective nature of VIT.

Histological study of kidneys showed that CP persuaded some tubular dilation and focal epithelial cell destruction throughout restricted areas in the cortex, while in the outer medulla it persuaded chronic and marked cytolysis of epithelial cells. Capillaries interacted with tubules were dilated and dilation of tubules was also observed in the inner medulla. Animals treated with CP showed damage in renal tissues in the form of tubular dilation and lesions which is in line with previous study. VIT reduced tissue damages and inflammation in renal tissues which might be due to inhibitory effects of vitexin on inflammatory cytokine generation, subsequently improved renal histology.

CP and Vitexin were purchased from Sigma-Aldrich (Germany).

The experiment was carried out on 24 male albino rats, having 150-200g weight. This study was permitted by the Ethical Committee of University of Agriculture, Faisalabad. The rats were kept in standard laboratory conditions at a room temperature (25-27?) and suitable moisture with 12 hours light/dark cycle was provided. They were provided with normal feed and tap water.

Estimation of H2O2 and TBARS

The methodology of Pick and was used for the estimation of H2O2. To estimate the TBARS level, was followed.

Biological study of serum and urine

With the help of standard diagnostic kits, estimation of albumin, urea, urobilinogen, creatinine, urinary proteins and creatinine clearance was completed.

According to the methodology of the analysis of DNA damage was accomplished. Autoclaved slides were dipped in 1% normal melting point agarose and solidified. A small piece of renal tissue was placed in 1 ml cold lysing solution, homogenized and then mixed with 75µl of low melting point agarose which was further coated on the precoated slides and cover slips were placed on slides. Slides were placed on ice cubes approximately for 8-10 minutes to solidify the gel. Then cover slips were detached and again agarose was added and allowed to solidify on ice cubes. Three times coated slides were immersed in lysing solution for about 10 minutes and then placed in freezer approximately for 2 hours. Gel electrophoresis was done followed by slide staining with 1% ethidium bromide and observed under florescent microscope. CASP 1.2.3.b software was used to estimate the intensity of DNA damage and observed 50-100 cells from each of the samples, respectively [5].

A mixture of 20% formaldehyde, 10% glacial acetic acid and 70% absolute alcohol was used for the fixation of samples. After fixation, samples were embedded in paraffin and fixed in blocks. Thin slices (3-4 µm) were cut down, stained with Hematoxylin/eosin, fixed on slides and analyzed under the light microscope (Nikon Eclipse E100 LED, Tokyo, Japan) at 40X.

The data was presented as means ± SEM. One-way ANOVA followed by Tukey’s test was applied by using Minitab software for comparison between groups. The level of significance was considered as p≤0.05.

Our research showed the therapeutic capability of vitexin against cisplatin induced renal injuries. Vitexin has capability to restore the antioxidant enzymes activity, renal functional markers, DNA damages and histological damages. In conclusion, it is proposed that VIT has therapeutic consequence over CP-induced nephrotoxicity due to its free radical scavenging ability.

No contradiction of interest is reported. 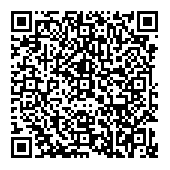