Toxigenic fungi and their toxins cause high economic losses in maize production. The decisive factor is the mostly high susceptibility of the hybrids. There are more toxigenic species at the same time present, therefore, any of them can start epidemics with toxin contamination. Therefore 18 commercial hybrids were tested (2017-2020) for resistance by toothpick method and toxin contamination against two isolates of F. graminearum, F. verticillioides and A. flavus. On the controls the preharvest toxin contamination was measured. At least 5-10fold resistance differences were found between hybrids. The resistance to the toxic species is variable, about 10-15% has higher resistance to all fungi and their toxins, the rest varies. The correlations between resistance to different fungi and toxins are mostly not significant. However, selection for low ear rot and toxin contamination is possible. Extreme high toxin production was found to each toxic species. Aflatoxin occurs regularly in preharvest manner in Hungary in freshly harvested grains. For safety risk estimation artificial and natural infection and toxin data are needed separately for all pathogens. Higher resistance stabilizes or improves feed safety by balancing toxin increasing environmental conditions and climatic changes. Cultivar registration ear rot and toxin resistance is inevitable to improve food safety. Its improvement can be recognized in 3-4 years after its introduction by withdrawing susceptible hybrids from commercial production. 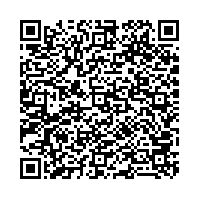