Cinnamate flavone-β-D-glucoside(congeatomentoside) (1), was isolated from the leaves and twigs of CongeatomentosaRoxb. Together with two stigmasterrol (2) and Myo-inositol (3).Their structures were identified by spectroscopic analysis and X-rays diffractrometer. Compound was secluded from the genus Congea for the first time.

Congea tomentosa is a large tropical evergreen vine, commonly referred to as wooly Congea, shower orchid, or shower of orchid [1]. Despite the name, it is not closely related to orchids. It is called lluvia de orquideas or terciopelo in Spanish, krua on in Thai, and rong bao teng in Chinese. Native to Myanmar and Thailand, it can be found elsewhere in South Asia, including Laos, Vietnam, Malaysia (Kedah), China (Yunnan), Bangladesh, and India (Assam, Manipur, Tamil Nadu and West Bengal). Its native habitat is mixed forests 600-1200 meters above sea level. Extensive survey of the genus Congea by Smittinand indicated the presence of 6 species in Thailand that is connata, griffithiana, rockii, siamensis, tomentosa and velutina [2]. The vine of C. tomentosa is used in folk medicine for the treatment of poisonous animals, drink cough and diuretic [3]. Furthermore, we herein report the isolation, purification and structure elucidation of these three compounds on the basis of extensive spectroscopic analysis (UV, IR, MS, 1H NMR, 13C NMR and X-rays diffractometer) as well as by comparison of their spectral data with previously reported values.

The leaves and twigs of C. tomentosa were collected from Lampang Province in Thailand, in March 2017 and were identified by N. Nuntasaen. A voucher specimen (BKF No.130455) was deposited at the Forest Herbarium, Department of National Park, Wildlife and Plant Conservation, Ministry of Natural Resources and Environment, Bangkok, Thailand.

Compound 1 was purified as acetate derivatives by Ac2O/CH2Cl2/K2CO3, 3 h. which fully acetylation and obtained as brown needles. Its UV and IR spectra were characteristic for cinnamate flavone-β-D-glucoside. It retains a molecular formula of C40H36O17, as determined by the analysis of its HRESIMS (m/z 788.2025 [M+1]+, calcd for C40H37O17, 788.2038). Additionally, the EIMS fragmentation of compound 1 was clearly confirmed the flavonoid, apigenin which contain in the structure, fragment ion m/z 270 (100). Further, the EIMS fragmentation of compound 1 clearly indicated the location of cinnamoyl group, especially the fragment ion m/z 599 (7) and 627 (22) showed ester linked and α-cleavage of cinnamyl moiety, respectively. The 1H NMR spectra (Table 1) of displayed the presence of four aromatic proton signals at δH 7.17 (2H, d) and 7.57 (2H, d) and two olefinic proton doublets with coupling constant 16.0 Hz at 7.71 and 6.36 indicating the presence of cinnamoyl moiety which supported by 13C NMR (Table 1) four aromatic methine carbons at δC129.52 and 122.24, two quaternary carbons at δC131.53 and 152.60 and in addition, the ester carbonyl carbon at δC 165.15. The HMBC experiment revealed a long distance correlation between the carbonyl group (9''') with H-4'' (δH 5.32 ppm) indicating that the cinnamoyl group is locatated on C-4''of β-D-glucoside (Figure 1 and 2).

The D-glucosewas deduced β-form since the configuration of the glycosidic center for the glucose residue as beta because of the value of spin-coupling constant of anomeric proton is 7.7 Hz (Table 1). It is characteristic for beta-configuration [4].The 1H NMR spectrum showed that δH 5.26 (C-1'', Glu-anomeric proton) was correlated to δC 162.19 (C-7), indicating that β-glucopyranosyl group was attached to the C-7 position of flavonoid, apigenin. These compound moiety was clearly proved to have three hydroxyl groups because it afforded a monoacetate after acetylation with Ac2O/K2CO3/CH2Cl2 at position C-4', the second hydroxyl at C-7 was attached with D-glucose and the third hydroxyl group at δH12.73 (chelated OH). Beside these hydroxyl proton, an AB pattern at δH6.60 (d=2.2) and δ6.63 (d=2.2) were assigned to H-6 and H-8 of ring A. Ring B of this compound was assigned to have oxygen function at C-4', since an AA/BB/pattern of H-2', H-6', H-3' and H-5' was observed at δ 7.93 (d=9.6) and δ 7.30 (d=9.6), respectively. The δH 6.68 (s) of proton was assigned toH-3 which HMBC correlation with C-1', C-2, C-4, C-5 and C-10.Based on these spectroscopic data, the structure of 1 was elucidated as cinnamate flavone-β-D-glucoside, and named Congeatomentoside. The known compounds were characterized as stigmaterol (2) [5] and Myo-inositol (3) [6,7] by comparing their spectroscopic data with those published previously. To the best of our knowledge, Congeatomentoside (1) is the first example of rare cinnamate flavone-α-D-glucoside from the genus Congea, which contains cinnamateand flavonoid unit in its structure.

We are thankful to the PERCH-CIC and Valaya-Alongkorn Rajabhat University for financial support. Further, Mrs. Sutthiporn Chaichana for technical help and registering of NMR data and MS. 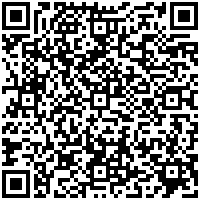