A simple and not expensive method was used for growth ZnO nanowires arrays on a thin film of ZnO as seed layer was deposited on Transparent glass substrates (FTO) by Sol-Gel method . The structural properties of these films were studied using (XRD), the structure of films that annealed at different temperatures were studied before and after the growth nanowires arrays. Seed layer film annealed at 130 °C and 300 °C were amorphs , after the nanowires growth, a one-dimension crystallization along the c-axis direction . The optical properties of these films were studied using a UV-VIS spectrophotometer, where seed layer films heat treated were studied at different temperatures. The film was re-studied after the growth of zinc oxide nanowires. Electronic transitions were obtained by doing fitting between theoretical and experimental UV VIS spectra of (FTO+ZnO) using Mathcad program. AFM images were taken after the growth process. The temperature of the annealed showed a clear effect on the growth. 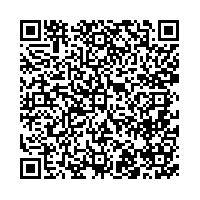