Over 80% of Lesotho populations’ livelihood is dependent on rain-fed agriculture (IFRC, 2009), and during dry periods local communities suffer severely from the drought impacts. The main focus of this study was to assess vulnerability to agricultural drought at Koti-Se-Phola Community Council (CC) in order to determine the conditions of vulnerability; who and what is exposed to drought, examine coping mechanisms used against drought in the study area and to provide relevant decision makers with information on drought that can be used for effective interventions. The study followed both quantitative and qualitative methodology where 5 villages were sampled. The selected sample comprised of both employed and unemployed respondents. The total sample size considered in this study was 102. Questionnaires were distributed to household heads and an interview was held with agricultural extension officers based at an agriculture project at Ha Bofihla for expert opinion and to validate responses obtained from household members. Data was captured in Microsoft Excel for analysis and SPSSV16 was used for reliability testing where the Cronbach alpha coefficient was found to be 0.764. From the selected drought indicators, a composite vulnerability index was established. Main findings of this study were that the Koti-Se-Phola community council was found to be vulnerable to drought with other emerging issues such as high unemployment, elderly residents whose alternative income is old-age pension perched at M450 per month. Government responses to drought were found to be inadequate. Very few animals-labour especially cows were used for draught power in ploughing. However, many have devised means to cope with drought through stockpiling of maize stalks, using lekhale and torofeiye as well as chicken droppings to feed their cattle during droughts. Socially, some members have been sent away for job-seeking and others especially young boys were forced to pick up piece jobs as shepherds to reduce food consumption and social burden on the families. The general Agricultural Vulnerability Index was 0.4874 which complemented the qualitative results about the high vulnerability conditions at KotiSe-Phola Community Council. Suggestions were made by the respondents that employment-generating and poverty alleviation projects should be put in place such as, the installation of irrigation systems at Makhaleng River. Agricultural conservation projects were also requested that could curb high soil erosion identified in the study area. Given the current drought vulnerability situation, the researchers strongly recommend amongst others diversified livelihoods and increased agricultural conservation where unskilled community members could still earn a sustainable living even during dry spells 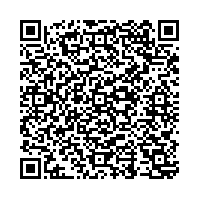