The Present Anomalous Testing of Water Purity: Setting a New Standard for the Future in Producing Nanometer-Sized Metals or Better Still, What Can Water Tell Us About Itself?

For a number of years my activities have included: determining exactly how to produce nanometer sized silver clusters in an aqueous medium using physics and photonic light at 420 nm. This wavelength is known to be absorbed by silver and has proven successful, resulting in producing atomic silver clusters in a narrow band distribution just 6.5 nm wide (3.6 to 10.1 nm). However soon after, it came to realization that an even bigger challenge was waiting to be explained: How to properly test the properties of water?

So-called colloidal silver as a potential biocide can only exist in water and in particular uncontaminated water. For that reason water, in addition to the silver used, requires to be very pure indeed. Water itself is a dielectric and thus an insulator. It does not conduct electric current. Any conduction of current or charge carrying that does occur is done exclusively by the ionic matter contained in the water. For that reason it is a prudent decision to use the purest possible water. Deionized water was chosen. In comparison, distilled water, containing much foreign matter, does allow too much current to flow and is not suitable. For example, when testing the properties of distilled water, the lowest conduction ever measured is only 100, 000 Ohm. More often than not the conduction is even higher at 56, 000 Ohm. This is well short of the expected quality of distilled water at 1 million Ohm. According to the Science of Conductance, 1 micro Siemens/cm should provide an equivalent reciprocal or inverse proportionality of 1 million Ohm resistivity/cm for any type of water and that should include distilled water. It is clear that in the case of distilled water, this is not true. In comparison, good quality deionized water of a purity of between 0.01 and 0.022 Micro Siemens/cm will have a closer resemblance to its Ohmic reciprocals although not exactly. However, the values are close enough in Ohmic resistance to allow current to flow between electrodes at a set voltage of either 300 or 600 Volts DC for a current of 500 and 1, 500 micro ampere/h respectively. It has been noted after numerous batch productions, a steadily increasing carbonation due to carbon dioxide (CO2) entering the water seems to have no serious side effects. However nothing is ever that simple! In this manuscript we will present our findings that conventional water purity testing using the concept of Siemens or its reciprocal in resistivity are flawed, inadequate and confusing by not embracing proper science and Ohm’s law and especially ignoring the voltage potential, as if irrelevant. 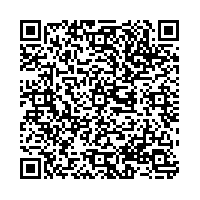