Growth and Characterization of CdS Nanoparticles for Phtotovolatic Cell Application

Nano-crystalline semiconductor materials have attracted considerable attention due to their particle size dependent physical properties and very large specific surface area which are not present in bulk materials. Usually they are synthesized with organic ligands to disperse them from agglomeration. However, these ligands can act as series resistance in the active layer of solar cells. In this work cadmium sulfide (CdS) precipitates were prepared from cadmium and sulfide ion solutions without any ligands at different solution temperature and synthesis time. The obtained CdS precipitates were washed by rinsing with methanol and by centrifugation with water and methanol. By using Fourier transform infrared spectroscopy (FTIR) impurities were observed on the surface of rinsed CdS samples and they had been eliminated after washing by centrifugation (not shown here). X-ray diffraction (XRD) patterns indicate that the obtained products were of hexagonal structure. The average size of the CdS crystallites found by Scherrer formula 12 nm before centrifugal washing and 6 nm after washing. The best cell prepared with CdS nanoparticles showed a photocurrent (Jsc) of 2.2 mA/cm2 and a photovoltage (Voc) of 0.84 V, measured in air at room temperature under 100 mW/cm2 illumination in a solar simulator. 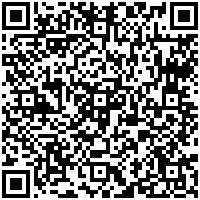