The spent of energy in process is a cutting-edge research in the general field of energy application. In this paper the amount of energy for heating or compressing a system in gas phase was estimated using the thermodynamic equations. Firstly, the systems were chosen and among the alcohols we used them from C3 to C12 to discuss the effect of number of carbons atoms in the chain. Secondly, the Peng-Robinson equation represented the pVT system behavior. Also, influences of the level in temperature and pressure were analyzed.

The results show that the spent energy for the isobaric heating was very similar in value regarding the range of pressures (1 atm-15 atm). The number of carbons in the chain had considerable influence on the heating result of alcohols, as well as in the solution of integral of pdV. For isothermic compression, when the process occurred at low pressures (1 atm to 5 atm), the amount of spent energy was practically constant for all alcohols studied. Also, for the same range of pressure, as the temperature rises, the energy to compress increased. Because there is no influence of the pdV term, internal energy change could be considered as the same of spent energy in the process. The main conclusions drawn from this work will be helpful for future development of efficiency equipment’s such as combustion motors. 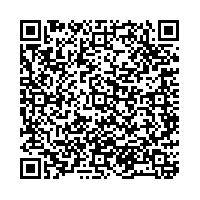