Egg white is the clear liquid contained within an egg. It???s made up of layers of secretions from the hen???s oviduct???s anterior part during the egg???s passage in chickens. It forms around the yolks of fertilised or unfertilized eggs. The major function of egg white is to protect the yolk while also providing additional nourishment for the embryo???s growth. About 90% of an egg white???s composition is water, with the remaining 10% consisting of proteins (albumins, mucoproteins, and globulins). Unlike the yolk, which is abundant in lipids, egg white has essentially no fat and less than 1% carbohydrate content. About 56% of the protein in an egg is found in the whites. Egg white has a wide range of culinary and non-culinary applications (e.g. in the preparation of vaccines such as those for influenza). Egg white makes up about two-thirds of the weight of a chicken egg. Water makes up around 90% of it, with the rest made up of protein, trace minerals, fatty material, vitamins, and glucose. A raw U.S. large egg contains around 33 grams of egg white with 3.6 grams of protein, 0.24 grams of carbohydrate and 55 milligrams of sodium. It is cholesterol-free and has a calorie count of around 17 calories. An alkaline solution, egg white contains roughly 149 proteins. The major proteins in egg whites are listed in the table below, along with their natural functions and percentages. The most abundant protein in albumen is ovalbumin. It is classified as a phosphoglycoprotein that changes to s-ovalbumin (5% at the time of lying) during storage and can reach up to 80% after six months of cold storage. Heat does not affect ovaalbumin in solution. The denaturation temperature is roughly 84°C, although physical pressures can quickly denature it. Conalbumin/ovotransferrin is a glycoprotein that may form complexes with bivalent and trivalent metal cations and is more heat sensitive than ovalbumin. It can bind two captions and take on a red or yellow tint at its isoelectric pH (6.5). The heat stability of these metal complexes is higher than that of the native state. The main allergen in egg white is ovomucoid, a heat-resistant glycoprotein that acts as a trypsin inhibitor. The chalaziferous layer and the chalazae, which anchor the yolk towards the middle of the egg, contain significant quantities of lysozyme, a holoprotein that can lyse the wall of certain Gram-positive bacteria. Ovomucin is a glycoprotein that may contribute to thick albumen???s gel-like structure. The thick albumen has four times the quantity of ovomucin as the thin albumen. 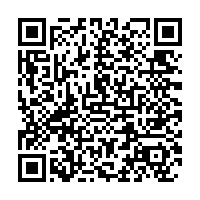