Intra-Arterial Chemotherapy (IAC) drugs have intrinsic ionic properties that can be used to filter excess drugs from blood in order to reduce systemic toxicity. The ion-exchange mechanism is used in an endovascular chemo filter device that can be used during IAC to capture ionic drugs after they have had their effect on the tumour. By introducing an effective diffusion coefficient into the advection-diffusion-reaction equation, the concentrated solution theory is used in this study to account for the effect of electrochemical forces on drug transport and adsorption. As a result, a multi-physics model coupling hemodynamic and electrochemical forces is created and applied to simulations of Doxorubicine transport and binding in the chemo filter device. A comparison of drug adsorption predicted by the computations to that measured in animal studies demonstrated the advantages of using the concentrated solution theory for modeling drug binding over the Nernst-Plank relations. 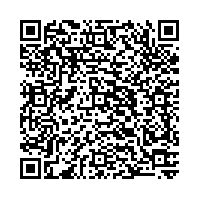