Adsorption using biomaterials is a relatively new process for wastewater treatment which showed its evidence as an alternative to the conventional physicochemical methods, still expensive and difficult to implement. This paper falls within this framework and presents the results of the study of the adsorptive properties of two types of raw olive residues coming respectively from artisanal and modern oil mills, with respect to the cupric ions in solution in order to reveal the level of efficiency of this process as well as the optimal operating conditions to its realization for the two materials. To do this, this study is carried out along two axes. The first is devoted to the characterization of each bio adsorbent in order to determine its porosity, its chemical composition, its surface groups, etc. The second axis deals with the adsorption itself, its kinetic model, as well as optimal conditions with its realization. This study shows amongst other things that olive cakes are excellent adsorbents for copper with a maximum retained quantity of 370 mg/g for adsorption at room temperature and at medium pH (around 5), using a bio adsorbent of small particle size (less than 0.5 mm), preferentially obtained from a super-press artisanal oil mill. 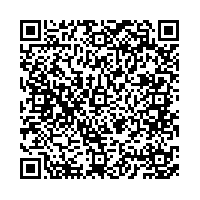