What is or was the tree of life? Was it a way of remembering the origins of a tribe of people. Was it a better way to live one’s life? Was it an actual tree who’s bark, roots, leaves, or fruit had amazing wound healing properties? I believe the religious perspective of the tree of life in the bible was not a tree, but the symbolic representation for the (Christ atonement), and the resurrection of the dead, to immortal bodies. Why rock the ark? When a believer anyway. Have the vagaries of religious symbolism been superseded by the steady principles of science? Qualitative analysis. A fairly accurate description of an event, of what’s going on. Quantitative analysis, Being able to find a way to successfully measure what just happened, and repeatability being as predictable and repeatable as the sun rising in the east and setting in the west. So how can proven scientific principles be applied more correctly to the understanding of electricity in its current or future forms? Conventional manufacture of electricity uses the flow of the negative charged electrons that orbit an atoms nucleus; that are available in the metallic crystal structure. As the atoms have a nucleus of positive charged protons and neutral charged neutrons, with matching number of negative charged orbiting electrons to nucleus protons. The electrons pushing out the previous electrons maintain an overall charge balance in the metal. A force in joules like water flowing down a pipe over a vertical cliff (gravity+pressure) is captured by a turbine blade, then is converted by an electrical dynamo into electrical pressure (voltage). The electrical pressure pushes those tiny sub atomic electrons all the way down the wire. More voltage pressure more pushy pushy on the electrons. Each replacing the next in line. Like factory workers. Until the electrons arrive at the end of the wire. To possibly an electric motor which can do as much work as the original joules of work created when the water flowed down the vertical pipe. So electrical pressure can push electrons along in a sea of electrons in a metallic crystal, a metal. Electrostatics is where opposite polarity, charged particles attract each other (Coulombs Law). Radioactive decay material can be opposite polarity, charged particles. Negative charged beta particles at the speed of light; where the charge and size is equivalent to a negative charged electron. Alpha particles consisting of the helium atom nucleus of two protons and two neutrons. The Scientific Procedure_(1) Qualitative: To take a radioactive decay element producing negative charged material (beta/electron) as a one half of a battery cell. While also taking a radioactive decay element producing positive charged material (alpha/twin protons) as the second cell of other half of the battery. Sufficient quantity of radioactive decay material per second, as opposite charged particles, create the electrostatic attractive force, to draw the negative charged Beta particles as electrons, to the positive charged alpha particles. (1) Quantitative: 2β⁻+ ⁴/₂α²⁺→⁴/₂He (g)+Q/t {Q/t=𝐼} from the process of creating the helium atom in the laboratory in an attempt to create useful current from the attractive electrostatic force of opposite charge decay particles. The Scientific Procedure_(2) Qualitative: Using radioactive decay material that produces the dual positive charged alpha particle in the confined environment of the previous battery positive cell. A controlled quantity of electrons through a restricted current supply is introduced. To test the fundamental principle of a full outer electron shell as a duet and octet, versus ionic/electrostatic; balance charged force. Using the alpha particle as the basis of an atom or molecule, can a diatomic Helium molecule be forced into creation? (2) Quantitative: (е- ⍺²⁺ е- е- ⍺²⁺ е-)=He₂ diatomic Helium Molecule. Or (е- ⍺²⁺⍺²⁺ е-) ²⁺=(He₂)²⁺ Helium diatomic complex ion molecule. 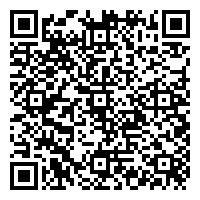