The Electrolytes and Hypothyroidism: A Case-Control Study

Introduction: Thyroid hormones have many important biological functions in our body. One of the major function is control of the basal metabolic rate and calorigenesis. The influence of thyroid hormones on electrolytes has not been well established and the basic mechanisms are not clearly understood. Only fewer studies show the association between thyroid hormones and electrolyte. Thus, in this study our major goal was to find out the levels of electrolytes in hypothyroidism and correlation of electrolytes with TSH. Materials and Methods: Total 60 subjects were included in the study. All subjects were female. Out of which 30 cases were clinically diagnosed hypothyroid patients and remaining 30 were controls. Triiodothyronine (T3), Thyroxine (T4), and TSH were estimated by fully automated Beckman coulter Access-2 analyser. The electrolytes like Serum sodium, potassium and chlorides were measured by Ion Selective Electrodes. Statistical data analysis was performed by using SPSS 18.2 software. Results: The electrolytes serum sodium, potassium and chloride levels were significantly decreased in hypothyroid cases (p<0.05). However, Serum sodium and potassium levels displayed negative correlation with TSH and positive with serum buy modafinil per pill chloride levels in hypothyroidism cases. Conclusion: The overall results of our study presented that the serum electrolytes levels were significantly imbalanced in cases of hypothyroidism. The hypothyroid patients should be regularly screened and checked for serum electrolytes to prevent further possible obstacles.

Thyroid disease is a most common endocrine disorder in the world population. The prevalence of thyroid disease increases with age1. Hypothyroidism is a common endocrine disorder with a reported prevalence of 4%-10% [1]. Hypothyroidism and hyperthyroidism are the two primary pathological conditions that involve the thyroid glands. In India, hypothyroidism is the major thyroid dysfunction disorder [2]. Thyroid hormones are major regulator of basal metabolic rate and thermoregulation. The influences of electrolytes on thyroid hormones are not well established yet and so the underlying mechanisms are also; not well understood [3].

Thyroid hormones have many important biological effects. A major function is their control of the basal metabolic rate and calorigenesis through increased oxygen consumption in tissue via the effects of thyroid hormone on membrane transport (cycling of Na+-K+ ATPase with increased synthesis and consumption of adenosine triphosphate) and enhanced mitochondrial metabolism. The enzyme Na+-K+ ATPase, which is present on the cell membrane, aids the transport of water and nutrients across the cell membrane. The Sodium and potassium are the main components of this enzyme [4]. Moreover, in most of the tissues, the activity of sodium potassium pumps is regulated by thyroid hormones [5]. Dysnatremia is the most common electrolyte disorder occurring in the hospitalized patients [6,7]. It may occur as hyponatremia or hypernatremia, which have associated with high mortality rate if those conditions were not diagnosed and not treated early [8].

Total of 60 subjects were included in our study. All subjects were female. 30 subjects are clinically well established hypothyroidism patients and 30 were controls of 18-75 years of age. The study was done in Victoria hospital associated BMCRI. The subjects were divided into two groups subject to thyroid hormone levels as euthyroid (Controls) and hypothyroid respectively. Cases with history of diabetes mellitus, hypertensive, renal disorders and hepatic disorders, history of intake of thyroid drugs were excluded from the study.

After written informed consent, 5ml of venous blood was obtained by venepuncture under aseptic conditions, Centrifuged and separated serum was used for estimation of thyroid hormones and electrolytes.

Thyroid hormones were measured by Chemiluminescence Imunnoassay method on Beckman Coulter Access-2 auto-analyzer. The electrolytes, Na+, K+ and Cl- levels were measured by Ion elective electrode. The results were tabulated and expressed in Mean and Standard deviation. The Statistical software SAS 16.2, SPSS 15.0, Stata 10.1, MedCalc 9.0.1, Systat 12.0 and R environment ver.2.11.1 were used for the analysis of the data. The results of cases and controls were compared by student ?t? test. A ?p? value of < 0.05 was considered significant. A ?p? value of < 0.0001 was considered as statistically very highly significant.

All three parameters were compared with TSH levels. Pearson?s correlation and t test of coefficient were calculated.

The deficient in thyroid hormone secretion and action leads to hypothyroidism. It is a most common thyroid disorder that occurs in mild to severe forms I 5% to 25% of the population. Women are suffered more often than men, and both sexes are affected more frequently with increasing age. Hypothyroidism leads to clinical conditions like congestive heart failure, electrolyte disturbances and if untreated then leads to coma. The most common electrolyte disturbance occurred in clinics is Hyponatremia [10].

The TABLE 1, in hypothyroidism cases, the sodium levels were markedly decreased as compared to controls (p<0.0001). Whereas the potassium and chloride levels were significantly diminished in cases of hypothyroidism compared to controls (p<0.05). The higher statistically significant difference was seen in the level of sodium (p<0.0001) but not in the levels of potassium and chloride (p<0.05) in hypothyroid patients.

According to Saruta et al. Plasma Renin Activity (PRA) and Plasma Aldosterone (PA) levels may be repressed in hypothyroidism. This may be due to dysfunction of juxta-glomerular and glomerulosa cells respectively. The exaggerated sodium excretion and reduction in potassium excretion could be possibility for the suppression of renin activity and aldosterone in hypothyroid patients [11].

There are few studies which explain the theoretical mechanisms of association between thyroid function and sodium levels. The release of anti-diuretic hormone and increased urinary sodium loss were the probable mechanisms for the impaired urinary dilution which might be due to hypothyroid induced hyponatremia in rats [12,13]. Recent studies show that the newly diagnosed hypothyroidism and hyponatremia could help to decide whether the electrolyte disorder really resolves itself after starting hormone changeover. Hyponatremia has been frequently associated with greater risk of falls and fractures [14,15].

The Na-K ATPase, which is an enzyme localized on the cell membrane that helps in the passage of water and nutrients across the cell membrane. Sodium and potassium are important components of this enzyme. In most of the tissues, the activity of sodium potassium pumps is regulated by the thyroid hormones. In hypothyroidism, this enzyme is affected due to deficiency of thyroid hormones and low potassium levels which leads to accumulation of water inside the cells leading to edema [4]. In TABLE 2, Pearsons correlation of TSH with levels of serum sodium, potassium and chloride was done. The serum sodium and potassium were negatively correlated with TSH but serum chloride was positively correlated in patients of hypothyroidism. There were no statistically significant results in the above correlation. The study done by Morgod et al. revealed significant negative correlation between sodium, potassium and TSH in hypothyroidism [4].

It has been shown in our study that the electrolytes potassium, sodium and chloride levels were reduced in hypothyroidism compared to controls (euthyroids). This recommends that the hypothyroidism patients will be having electrolyte imbalances and should be frequently screened and checked for serum electrolytes. Also, electrolyte disturbances need to be monitored and treated appropriately to prevent further complications. 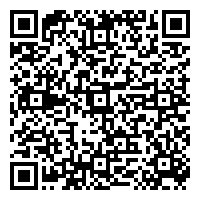