The risks associated with the use of novel, micrometer-thin printed electrodes for direct current neural stimulation are discussed. Electrochemical methods such as cyclic voltammetry, square-wave voltammetry, and electrochemical impedance spectroscopy are used to assess those risks. To better mimic living organism conditions, experiments were carried out in non-deoxidized phosphate-buffered saline. Because preliminary results revealed unexpected oxidation peaks in the 0-0.4 V potential range, the source of those was investigated further. The hypothesised redox activity of printing paste components was disproven, allowing for further development of the proposed stimulation electrode fabrication technology. Finally, the partial permeability and resulting electrochemical activity of the device's underlying silver-based printed layers were identified as a potential source of tissue irritation or damage.

The ability to change brain states is critical for both therapeutic purposes and fundamental neuroscientific research. Electrical stimulation is achieved using electrodes that are invasively inserted into the brain or placed outside the skull. The electrodes generate electrical fields that travel to the brain and influence neuronal electrical activity and communication. The majority of electrical stimulation protocols use Alternating Currents (ACs) to elicit action potentials in neurons. They move along the axons, affecting both nearby and distant neurons. Direct Current (DC) stimulation is an alternative type of electrical stimulation that has piqued the interest of one of the authors because it changes the polarisation of cortical neurons beneath the working electrode. In comparison to AC stimulation, the physiological and behavioural consequences of DC stimulation are less well understood. This is due in part to a scarcity of appropriate electrodes for this type of stimulation.

The current study aims to create and test intracortical DC stimulation electrodes using sophisticated material combinations. This was necessary because, initially, we used traditional silver/silver chloride pellet electrodes for cortical DC stimulation and discovered that electrolysis reduced their effective life span and usability. Furthermore, the surface corrosion of the electrode caused by electrolysis presented not only as a disadvantage due to the reduced lifetime, but also as a potential risk of inducing an inflammatory reaction in the nervous system by released silver ions We also discovered that the formation of a thick scar tissue above the dura mater increased the distance between the electrode's surface and the targeted brain region over time, necessitating a higher amplitude current to produce the same effect on the brain. As a result, the need to place the electrode in the subdural space arose, as this would allow the use of lower amplitudes due to the shorter distance to the area being stimulated. However, getting the electrode to the desired location necessitates surgical implantation and, as a result, the use of extremely thin electrodes. To the best of our knowledge, such electrodes are not currently available commercially and must be custom built to our specifications. Aside from their dimensions, such devices should be flexible enough to conform to the topography of the brain. Printed electronics technology is one potential solution for accomplishing this. This method also allows for the use of superior materials for electrode fabrication, such as carbon. Carbon allotropes, as opposed to metallic electrodes, are safer in terms of potential inflammatory effects and have a higher charge injection capacity than, for example, Pt electrodes. Among these are the numerous graphene materials being researched for their potential contribution to low electrode impedance Despite these benefits, every printed composite should be examined to determine its safety and usability because the properties of the electrode-tissue interface can vary significantly depending on the electrode's surface structure, material, and so on, causing various types of tissue damage. For example, molecular oxygen produced by water oxidation may result in tissue oxidation. Other mechanisms could result in the electrochemical production of toxic species or the forced activation of cells that are not capable of withstanding high levels of stimulation. Finally, electrode corrosion may result in the release of electrode material particles into the tissue environment, causing an inflammatory reaction.

Electrochemistry is a long-established standard procedure for examining neural stimulation electrodes. In Cyclic Voltammetry (CV) or Square-Wave Voltammetry (SWV) plots, reactions involving oxygen evolution, electrode decomposition, or other unintended redox processes can be easily observed, yielding electrode characteristics in the desired potential window. Furthermore, Electrochemical Impedance Spectroscopy (EIS) can reveal information about changes in the electrode's surface accessibility, allowing processes to be deduced. Although metallic electrodes were previously studied in H2SO4, scientists demonstrated that such experiments could also be performed in Phosphate-Buffered Saline (PBS), which also better mimics conditions found within an organism than H2SO4 It primarily reflects a living system's natural ability to maintain a specific pH level—a factor that has a significant impact on electrochemical results. 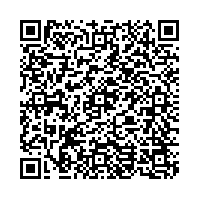