Viscosity (η) measurements were carried out for N-Benzothiazol-2-yl-3, 5-disubstituted pyrazolines viz. (BHPMPP), (BHPPP), (BHPCPP), (BHMPMPP), (BHMPPP), (BHMPCPP) in binary solvents at 295.15 K, 300.15 K and 305.15 K. With the help of above data molar volume (V_m), Enthalpy (ΔH), Entropy (ΔS) and Gibb’s energy (ΔG) of activation were calculated. The above study has been extended in determination of excess parameters. Results used to establish the intermolecular interaction between molecules.

Information on intermolecular force is obtained by macroscopic measurements of properties like viscosity which point the existence and action of forces at a molecular level [1-7]. Viscosity is one of the unique physical property [8-10], generally taken into consideration for study of liquids or liquid mixtures [11,12]. The viscosity of a system is determined by how molecules constituting the system interact.

Interaction between molecules played a major part in determining the properties of matter. Molecular interactions are of key importance in diverse fields of protein folding, drug design, separation technologies etc.

The system that has been taken for the further investigation is a binary system in which molecular recognition is studied between the N-Benzothiazol-2-yl-3, 5-disubstituted pyrazolines with three different solvents i.e. DMSO, dioxan and acetone. The solvent have versatile and wide applications. It is therefore, not surprising that it has been the subject of extensive investigation resulting in the accumulation of an immense literature.

As we know heterocyclic compounds have special appearance in terms of properties. Every heterocyclic compounds are best known for their applications in pharmacy, industry, medicine, agriculture etc. as they have tremendous variety of applications [13]. Pyrazolines are one of them and known from long time. The molecular interactions of pyrazolines are best known for antimicrobial [14], analgesics [15], antidepressant [16], antitumor [17,18], anti-HIV [19], antifungal, antibacterial [20,21], anti-cancer [22] etc. Some other activities are also shown by pyrazolines [23,24].

For this, measurement of density, viscosity, molar volume of the binary mixtures are performed over the entire range of composition in the temperature range of (295.15 K to 305.15 K) at intervals of 5 K. In present investigation, we report viscosities (η) and molar volume (vm) of the binary mixtures of N-Benzothiazol-2-yl-3, 5-disubstituted pyrazolines can be discussed in terms of solute-solute, solute-solvent, solvent-solvent types of interactions.

The compounds N-Benzothiazol-2-yl-3, 5-disubstituted pyrazolines was a discovered compound and further used to investigate physical properties [25]. The distilled deionised water with a conductivity approximately 1 × 10-4 S?m-1 was used in experimentation. Solutions were prepared on the basis of stoichiometry. The balance Contech balance ( ± 0.001 g) used for weighing purpose.

The densities of solutions were measured by densitometer DMA 35 (Anton Paar) by calibrate and taking proper care of it. The accuracy of densitometer was ± 5 × 10-4 g?cm3. For the determination of viscosity Ostwald’s viscometer was used and calibrated it by using double distilled deionized water and benzene. The viscosity measurement was done for pure solvents and their mixture at atmospheric pressure and T/K=(295.15 to 305.15). For the determination of viscosity temperature was maintained at temperature control thermostat by Bio technics India (Model BTI-05) which required approximately 30 mins. for thermal stability and which has accuracy of about ± 0.01 K. Flow time was measured by using electronic digital stopwatch which shows uncertainty of about ± 0.01 S.

The viscosity (η) was calculated by using following relationship

are the viscosity, density and flow time of mixtures and pure water respectively.

The viscosities of pure solvents i.e. DMSO, dioxan and acetone are shown in Table 1 and calculated viscosities of N-Benzothiazol-2-yl-3, 5-disubstituted pyrazolines in binary mixture i.e. DMSO-water, dioxan-water and acetone-water at temperature T/K=(295.15 to 305.15) are listed in Table 2. With this calculated molar volume (vm ) are also shown in Table 2, by using following formula:

Where x1, x2 are mole fraction of solvent (DMSO, dioxan and acetone) and distilled water.

The above results are obtained since the existence of liquids depends on intermolecular forces, we might expect that studies of the liquid state would provide much information about molecular interactions. In liquid, each molecule surrounded by a substantial number of relatively near neighbors and feels their attractive intermolecular interactions while in isolated molecules intermolecular energy is very small in comparison with the kinetic energy of the molecules. Hence in above case, increase in temperature, increases the kinetic or thermal energy which in turn increases the mobility of ions.

Thermodynamic properties give more emphasis on interactions between the hetero molecules and solute-solvent interactions. Hence parameters like Gibb’s energy of activation of viscous flow (ΔG), enthalpy (ΔH) and entropy (ΔS) are also calculated and listed in Table 3, and shown in Figure. 1, these values are determined by using following relationship.

Where, R is gas constant and T is absolute temperature.

are difference of the viscosities of two temperatures, T1 and T2 are temperatures at two different range. ΔH is change in enthalpy and ΔG change in Gibb’s energy of activation.

From the observed data, Gibb’s energy values at various concentrations are negative consequently change in enthalpy is positive and entropy change is negative. The results are discussed on the basis of solution formation. When the enthalpy of pure components are determined, the values indicates

At the limit these solutions are heterogeneous. Whenever there is a tendency for the solvent to solvate with the solute i.e. whenever there are strong specific forces between the dissimilar molecules, the observed solubility may well be larger than the ideal solubility. Enhanced solubility is observed whenever there are negative deviations from Raoult’s law in the liquid solution, such deviations frequently occur in polar systems, especially in systems where hydrogen bonding between solute and solvent is strong. However, even in nonpolar systems, specific solvation forces may be sufficiently strong to result in solubility’s above the ideal. Mixing liquids of different degrees of order usually brings about a net decrease of order and hence positive contributions to the enthalpy

From the investigations of the solvation of ions and dipolar molecules in binary solvent mixtures it has been found that the ratio of solvent components in the solvent shell can be different from that in the bulk solution. As expected, the solute is surrounded preferably by the component of the mixture which leads to the more negative Gibb’s energy of solvation

while Gibb’s energy values found to be reversed because of dissolution of selected systems in binary solvent mixtures are exothermic.

are listed in Table 4 and shown in Figure. 2-4, for the same following relationships are used

Where, for each equation, ρ, η and Vm are density, viscosity and molar volume of the mixtures and xi,Vmi, Mi and

are the mole fraction, molar volume, molar mass and viscosity of the compounds DMSO, dioxan and acetone (1) and water (2) respectively, R is gas constant and T is absolute temperature.

The excess parameters of the selected systems in binary solvent mixtures are presented in Table 4 and shown inFigure. 2-4.

values increases with increase in temperature as well as in concentration.

values indicate the presence of strong molecular interactions between the components of the mixtures. The forces are responsible for the interactions are non-specific and specific forces which can be saturated and lead to stoichiometric molecular compounds. The structure and size of N-Benzothiazol-2-yl-3, 5-disubstituted pyrazolines lead to interstitial accommodation with binary solvent mixtures.

of binary systems are negative over the entire composition range (295.15 to 305.15) K and at atmospheric pressure while exceptions observed because of the overlapping of solute-solvent interactions and hydrogen bonding between the molecules. The influence of temperature on

for the systems is slightly more negative with increasing temperature. This can be happened because of the relative orientations of molecules depend on the interplay of two factors : i) The presence of an electric field set up by the polar molecules tend to live up the dipoles whereas the kinetic energy of the molecules tends to toss them about in a random manner.

A correlation between the signs of

has been observed for a number of binary solvent systems [26,27] i.e.

is negative and vice versa.

is negative because of dispersion forces and dipolar interactions. The excess viscosity values are explained in Table 4 and shown in Figure. 2.

The values of excess viscosity found to be positive because of hydrogen bonding which is responsible for the strong, temperature-dependent self and hetero-association of amphiprotic solvents. Cooperative solvent/solvent interactions such as chain wise association by intermolecular hydrogen bonding [28].

From the Table 4 and Figure. 4, it is clear that, the values of

are found to be negative. By increasing temperature the values also increase. The results are obtained so because of the change in intermolecular free space. The changes occur because of ions as structure makers and structure breakers. If ions with high charge density are strongly coordinated, leading to well defined ion/water complexes i.e. structure makers and larger weakly interacting monovalent ions have only a small influence on the orientation of the surrounding water molecules and mainly disrupt the H-bond network of bulk water with structure breaking as net effect. According to Reed and Taylor [29] and Palepu et al. [30],

may be considered as a reliable criterion to detect or exclude the presence of interaction between unlike molecules. According to these authors, the magnitude of the positive

values is an excellent indicator of the strength of specific interactions.

The authors are thankful to the Principal of Shri Shivaji Science College, Amravati for providing research laboratory and necessary things during the research work. 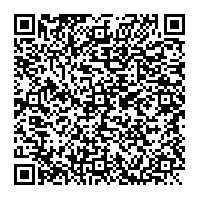