Proteases are the natural biocatalysts that due to their enormous range and specificity have attracted the attention of the scientists globally for better microbial sources for enhanced production of the enzyme. However, bacterial proteases from Bacillus are comprehensively studied and characterized, less attention has been paid to proteases produced by Actinomycetes. In the present investigation, a protease producing halotolerant and alkaliphilic Actinomycete, A1F2, was isolated from water of Sambhar Salt Lake, Rajasthan, India identified as Streptomyces sp. To further enhance the production, the isolate was subjected to sequential random mutagenesis using acridine orange, ethidium bromide and Ultraviolet radiation. The protease production in shake flask increased approximately 2.2-fold from parent to the final mutant. The results suggest that the process of sequential random mutagenesis is more efficient in strain improvement than a single mutagen treatment. The hyper active protease producing mutant can be used for industrial applications.

Proteases are enzymes that conducts proteolysis, alone accounts for 65% [1] of the total worldwide sale of enzymes among other two largest groups of industrial enzymes viz., lipases, amylases, and has increased from 59% reported by Rao et al. [2]. Proteases are exploited in various industries like detergent, leather, silk manufacturing, food, pharmaceutical industry and even in bioremediation processes [3]. Among all types of proteases, alkaline proteases find maximum use in industries [2]. Many researchers have also reported the applications of alkaline proteases in hydrolysis of fibrous proteins of horn, feather and hair [4,5], in recovery of silver from X-ray films by hydrolysis of gelatin [6-8].

Mesophilic and extremophilic Actinomycetes isolated from soil of different areas of Georgia showed protease activity [12]. In India, members of the genus Micromonospora and Streptomyces, isolated from Pudimadaka coast of the Bay of Bengal showed proteolytic activities and thus have provided an immense potential of finding industrially important enzymes from such halophilic habitats [13]. An alkalophilic Actinomycetes showing proteolytic activity was also reported from Saudi Arabia [14].

The organism was identified and characterized by following the standard protocols mentioned in Bergey’s Manual of Determinative Bacteriology [16].

The proteolytic activity of the crude supernatant was determined using spectrophotometric method [17]. One unit of enzyme activity was defined as the amount of enzyme required to liberate one micromole tyrosine equivalents from casein per minute under the experimental conditions used.

Acridine orange (AO) treatment: Two-day old culture of the parent strain was inoculated in 50 ml of M1 medium and incubated at 28°C for 48 h at 160 rpm. 2 ml of culture was added to 1 ml of AO dilutions (10-1 μg/ml to 105 μg/ml). After 90 minutes’ incubation, 2 μl of it was plated on milk agar plates. Untreated parent strain was taken as control. The plates were incubated at 28°C for 48 h and observed for colony formation and hydrolysis. Plates showing 99% killing were used for mutant selection based on morphological changes and zone of hydrolysis.

Ethidium bromide (EtBr) treatment: Mutants selected from AO treatment were further subjected to mutagenesis by EtBr (0.2 g/l to 1.5 g/l) using the above method. AO treated mutant was taken as control.

UV irradiation: Mutants selected after EtBr mutagenesis were inoculated in M1 medium for 24 h under same conditions. The cultures were centrifuged at 4°C and 5000 × g for 10 minutes. Supernatant was slowly decanted and the pellet was washed twice by cold sterile 0.9% NaCl and resuspended in 50 ml of the same [18]. 10 ml aliquots of cell suspension were transferred to sterile petri dishes and irradiated with UV radiations at 254 nm from a distance of 10 cms in a UV chamber (ACCO) for a period of 1-4 minutes. Photoreactivation was avoided by keeping the plates overnight in dark by wrapping in aluminium foil. EtBr treated mutants was taken as control. Irradiated cell suspension was centrifuged at 5000×g for 10 minutes and pellet was re suspended in 10 ml of M1 medium and incubated at 28°C for 18 h. Cultures were serially diluted in sterile 0.9% NaCl solution and spread on milk agar plates, incubated at 28°C for 48 h. Mutant selection procedure was similar to AO and EtBr treatment.

After obtaining the mutants from the above experimentation, each mutant was streaked on milk agar plates and compared with the parent strain for diameter of zone of hydrolysis after incubation of 48 h.

Protease activity is presented as mean ± standard deviation (SD). One-way Analysis of variance of (ANOVA) was used to test differences among proteolytic activity of parent and mutant strains.

Isolated Actinomycete strain, A1F2, showed a clear zone of hydrolysis on milk Agar media (Figure. 1). The isolate was found to be Gram positive, non-acid-fast, filamentous bacteria having a white coloured aerial mycelium. The phenotypic characterization of the isolate showed that it may belong to the genus Streptomyces.

99% homology of the isolate A1F2 was found to be with Streptomyces sp. LD48 (Gen Bank Accession Number: AY641538.1) as derived from nucleotide homology and phylogenetic analysis (Figure. 2). 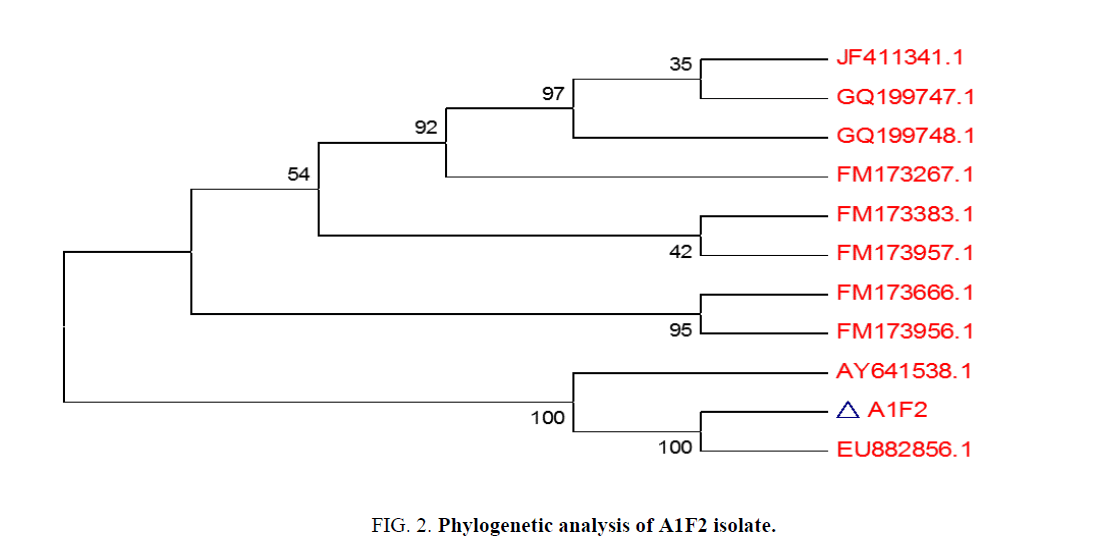 When the isolate was subjected to mutagenesis with AO, EtBr and UV, an increment in the diameter of zone of hydrolysis was observed at each step on milk agar plates (Figure. 3). 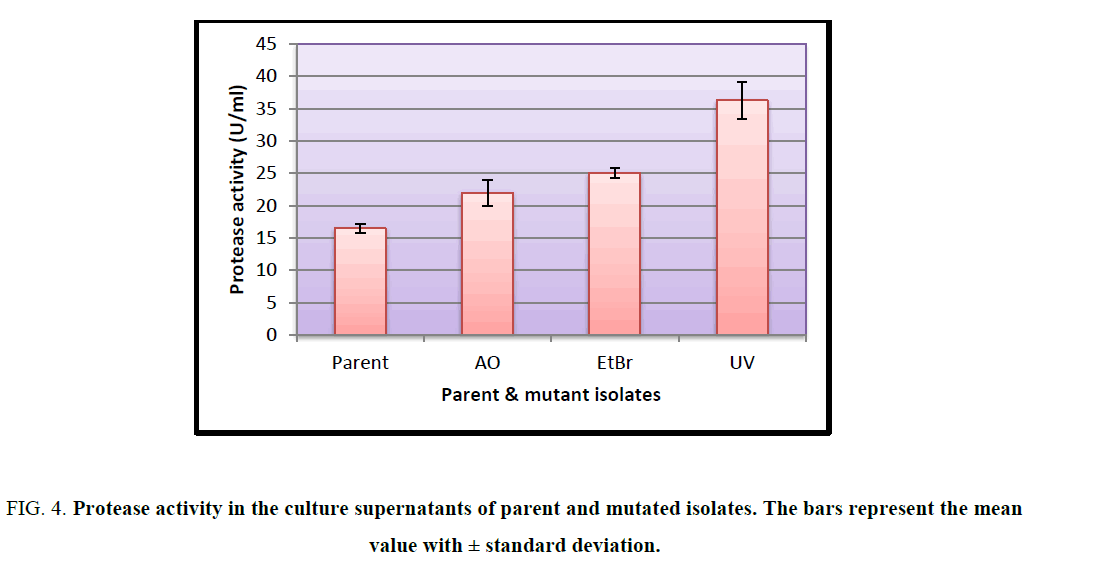 Figure 4: Protease activity in the culture supernatants of parent and mutated isolates. The bars represent the mean value with ± standard deviation.

Mutations play an important role in improving the microbial strain for protease production and thereby increase the yield of alkaline protease. Several mutational techniques are being used for strain improvement to produce maximum yield of enzyme [19]. The current study was aimed at characterizing a protease producing Actinomycete from Sambhar Salt Lake and to increase the production of protease by employing random sequential mutagenesis. The isolate was identified as a Streptomycetes sp. Sequential mutagenesis was conducted by selecting a relatively stable and higher-yielding protease mutant strain, isolated from the previous treatment, for the next mutagenesis step. An increment in the diameter of zone of hydrolysis on milk agar plates at each step was observed when the isolate was subjected to mutagenesis with AO, EtBr and UV. These mutants were further evaluated through shake flask enzyme production studies over the parent isolate. It was observed that after each mutagenic step protease activity also increased (Figure. 4). Among all the mutants so obtained, the maximum protease production (36.230 U/ml ± 2.804 U/mL) was observed for the UV mutant. The results showed that the UV mutant was hyper-active mutant, giving approximately 2.2-fold more protease activity over the parent strain (16.448 U/ml ± 0.6625 U/mL) in similar culture conditions. The findings of present study are consistent with the previous studies carried out by Shikha and Darmwal [20] who have reported 1.44-fold increase in protease production over the parent strain of Bacillus pantotheneticus while Azad [21] reported thousands fold increase in enzyme activity after mutagenic treatment in Bacillus isolate MA6. Dutta and Banerjee [22] also observed 2.5-fold increase in alkaline protease production by UV mutant Pseudomonas sp. JNGR242. It can be concluded from the present study that sequential random mutagenesis improved protease production from Streptomycetes sp. Also, the results indicate that the sequential mutagenesis process was more effective in improving the yield of alkaline protease as compared to a single mutagen treatment. The mutant hence obtained can be exploited commercially for large scale industrial production of proteases.

Authors gratefully acknowledge Department of Science and Technology, Rajasthan, India for providing the financial assistance for this work (Grant no. P7 (3) DST/R&D/2008/10775) and The IIS University, Jaipur for the facilities and financial support. 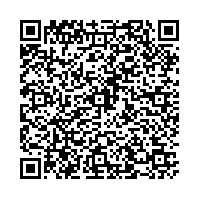