The effects of global warming and climate change are receiving increasing attention [1,2]. In particular, emphasis has been placed on the control of CO2 emissions, the main source of which is generally fossil fuel combustion [3,4]. The selection of an appropriate technology for CO2 capture depends on many factors such as the partial pressure of CO2 in the gas stream, recyclability, sensitivity to impurities, capital and operating costs, and environmental impact [2]. Based on the methods used for the separation of the components of a gas stream, absorption, adsorption, cryogenic distillation, or membrane purification can be applied for CO2 capture [5]. Liquid absorbents need to be changed and may be corrosive and toxic, cryogenic distillation is a costly process, and membranes are efficient for the separation of relatively high concentrations of adsorbate. Therefore, of these four technologies, we focused on adsorption, which is desirable because of the easy recovery of the adsorbent using temperature or pressure fluctuations, thereby reducing the cost and energy consumption [5-8]. Suitable adsorbents should exhibit high adsorption capacity, fast adsorption and desorption kinetics, recovery capabilities, and stability under various operating conditions [6,8,9]. In recent decades, adsorption using porous materials has been investigated. Porous materials are generally used for CO2 capture because of their large surface area, and these materials are sometimes modified using functional groups, such as zeolites [10], activated carbon [11,12], and metal–organic frameworks [13], to increase the CO2 adsorption capacity. Amine-modified silica is also used as an adsorbent that functions based on chemical interaction such as chemisorption [14].

Barium titanate (BaTiO3) is a representative advanced ceramic and exhibits electronic properties that are useful for capacitors and sensors. BaTiO3 is also a ferroelectric and thus exhibits spontaneous polarization; in addition, its surface has strong electrostatic interaction with several types of adsorbates, described by Coulomb’s law for partial charges. Zhao et al. investigated the effect of ferroelectric polarization on the adsorption of 2-fluoroethanol and ethanol on BaTiO3 , suggesting reaction sites on polarized surfaces of BaTiO3 [15,16]. Higai proposed dissociative adsorption of H2O, and both H2O and CO2 were greatly stabilized on nanoscale BaTiO3 according to first-principles calculations [17-19]. Baniecki et al. experimentally evaluated the CO2 adsorption observed in defective surfaces of BaTiO3 -defective surfaces, they have received considerable attention not only for their use in electronic devices but also as adsorbents. Many researchers have investigated methods to reduce the size of BaTiO3 using hydrothermal methods [20-22], sol-gel solvothermal methods [23,24], and template synthesis [24,25]. We previously fabricated nanoscale BaTiO3 crystals using carbon template-solvothermal reactions [26].

BaTiO3 crystals of three different scales were prepared using solid-state, solvothermal, and carbon template-solvothermal reactions, and the resulting crystals were labeled macro-, meso-, and nano-BaTiO3 crystals, respectively. The reagents used for the solid-state reaction were barium carbonate (>98%, Wako Pure Chemical Industries, Co. Ltd., Osaka, Japan) and rutile-type titanium dioxide (>99%, Wako Pure Chemical Industries, Co. Ltd.) A stoichiometric mixture of barium carbonate and titanium dioxide was pelletized under more than 60 MPa for 1 h, and the pellet obtained was heated at 1073 K for 24 h and subsequently heated at 1473 K for 48 h after grinding and pelletizing. In the solvothermal and carbon-template solvothermal reactions, barium ethoxide (>99%, Kojundo Chemical Laboratory Co. Ltd., Saitama, Japan) and titanium tetraisopropoxide (>99%, Kojundo Chemical Laboratory Co. Ltd.) were mixed with methanol (>99%, Wako Pure Chemical Industries, Co. Ltd.) and methoxyethanol (>99%, Wako Pure Chemical Industries, Ltd.). The volume ratio of methanol and methoxyethanol was 3:2. This solution was stirred vigorously for 3 h. After stirring, water or activated carbon fiber (W15, Ad’all Co. Ltd., Kyoto, Japan) adsorbed water was added into the precursor and heated at 400 K for 24 h for the solvothermal or carbon-template solvothermal reaction, respectively. Here, water-adsorbed activated carbon fibers were prepared by exposure to water vapor at 85–89% humidity. The meso-BaTiO3 crystal after the solvothermal reaction was collected by centrifugation at 10000 rpm for 20 min. Nano-BaTiO3 crystal was obtained by heat removal of the activated carbon fibers in an O2 atmosphere at 673 K for 48 h. The products were purified by filtration using hot water to remove the precursors and impurities. Two concentrations of Ba and Ti ions, 0.2 and 0.4 mol L-1, were selected for both the solvothermal and carbon-template solvothermal reactions. Figure 2, presents the CO2 adsorption isotherms at 273 K, 303 K, 333 K, and 363 K. The macro-BaTiO3 crystal exhibited typical ceramic crystallinity and CO2 was rarely adsorbed on the macro-BaTiO3 crystal surfaces. However, the meso- and nano-BaTiO3 crystals adsorbed substantial amounts of CO2 because of the nanocrystallization. Surprisingly, adsorption hysteresis was observed even at 303 K and 333 K, and CO2 was perfectly released in vacuo at these temperatures. Reversible CO2 physical adsorption and desorption on porous media were typically observed; however, adsorption hysteresis was observed for adsorbents with chemisorbing species such as amine groups. Therefore, the nano-BaTiO3 crystals exhibited weak chemisorption of CO2 . We thank Dr. S. Kawaguchi for his help in recording the XRD data at SPring-8. TEM observations were performed at the Chemical Analysis Center, Chiba University. This research was supported by the Japan Society for the Promotion of Science KAKENHI (Grant Numbers 26706001 and 15K12261), research fellowships from the New Energy and Industrial Technology Development Organization (NEDO), Japan, and the Futaba Electronics Memorial Foundation. 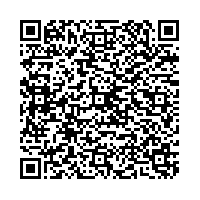