In low- and Middle-Income Countries (LMICs), food-environment research is gaining traction. However, little is known about the developing body of evidence from these contexts due to the lack of a systematic review of the literature. The goal of this comprehensive scoping review is to fill that void. In December 2017, 920 entries were discoveredafter a comprehensive search of six databases. There were 70 peer-reviewed publications that satisfied the criteria and were included in the study. The papers covered 22 LMICs in total, with upper-middle-income nations (n=49, 70%) andlower-middle-income countries (n=18, 26%) accounting for the majority of the articles. Low-income countries were absent from all articles. Quantitative (n=45, 64%), qualitative (n=17, 24%), and mixed-method (n=11, 8%) designs were covered in the articles. At the national, community, school, and home levels, studies looked at the food environment. Twenty-three articles (55%) looked at the links between food environment exposures and specific outcomes, such as diets (14), nutrition status (13), and health (one). Across several LMICs, food availability was linked to nutritional outcomes at the community and school level, while the correlations differed depending on the kind of vendor. There was no conclusive evidence linking the food environment to nutrition and health effects. The lack of information from high-quality studies is a significant restriction, emphasizing the urgent need for better study designs and standardized techniques and measures. Future food environment research should focus on low- and lower-middle-income countries, as well as a wide range of dietary, nutritional, and health consequences. Improving the quality of food environment research is crucial for developing viable, suitable, and effective interventions to promote public health nutrition in LMICs.

Individual-level risk factors for an unhealthy diet are thought to be amplified by exposure to a poor-quality food environment. Inequalities in exposure to these low-quality food contexts are thus regarded to be one of the factors drivingthe development of dietary inequalities and, as a result, obesity. Maida and Speak man’s article in this issue of the Journal analyses connections between fast-food and full-service restaurant concentrations and obesity in an ecologicalanalysis that uses national secondary data in the United States. After accounting for a variety of socioeconomic characteristics, the authors conclude that the density of fast-food and full-service restaurants is unrelated to county-level obesity prevalence. The proportion of total energy intake ascribed to the consumption of foods purchased from these places is assessed to be 15.9%, according to the authors. They conclude by recommending that authorities turn their attention to the purchase and consumption of food outside of these institutions. The writers do a fantastic job of presenting a fascinating national study and addressing its advantages and disadvantages. However, there are a lot of limitations, so we should proceed with caution when considering the findings of this study and the implications taken from them. We focus on constraints that are evident in the current articlebut are not unique to it, and that continue to plague much of the epidemiologic work in the field in this editorial. The correct characterization of the surroundings to which individuals are exposed, often known as the “local” trap or the “uncertain geographic context problem,” is a critical issue.

If the context specified for the outcome and population of interest differs from the genuine causally relevant context for that outcome and population, inferential errors can occur due to misclassification and underestimation of an individual’s true exposure. As a result, there is now widespread agreement that utilizing routine administrative units as proxies for contextual exposure in this field of work is ineffective, and that instead, “activity-space” approaches should be used. Because they do not give a true representation of the environments to which people are exposed and the environments that matter most, such as neighborhood, home, or school, activity-space approaches seek to move us away from the notion of routine administrative units as the true causally relevant context for the assessment of environmental risks. As a result, the capacity to detect probable relationships is harmed by this misspecification. Recent research has demonstrated the value of using activity space–based techniques to identify favorable relationships between fast-food exposure and diet by giving a more realistic evaluation of true environmental exposures by covering both home and work. Second, it’s becoming increasingly vital to define exposures using routine secondary data, in addition to precisely identifying the relevant context. According to recent research, using absolute density metrics as proxy for single environmental concerns like fast-food outlets or full-service restaurants may not be the best way to quantify exposure.

Relative measures of exposure, in which single environmental risks like fast-food outlet exposure are reported as a ratio or proportion of all food retail outlets, are increasingly being found to affect dietary behavior. By explicitly documenting the diversity of the local retail environment, the use of relative measures accounts for exposure to competingopportunities to eat both good and harmful food. A study that used the same underlying data as Maida and Speak man’s found that connections are complex and that the ratio of fast-food to full-service restaurants is related to weight status, implying that local retail mix may be more important than absolute measures. Similar results have been documented for other dietary components. Third, the assumption that a stable relation exists that is, parameter estimates explain an invariant relation between exposure and result across space underpins the use of global regression models in studies of environmental determinants of nutrition. However, recent research has cast doubt on this premise of stationary. Regional regression modeling approaches that allow for spatial differences in parameter estimations have revealed spatial variations in the magnitude and direction of effects in relationships between a variety of environmental exposures and outcomes such as food and obesity. Furthermore, as compared to global modeling, spatial regression modeling outperformed global modeling in terms of enhanced goodness-of-fit, and lower spatial autocorrelation in regression residuals.

This supports the notion that environmental influences play a role in eating; however, this may not be a universal phenomenon; rather, exposureout-come relationships may exist in some regions but not others. Finally, residual confounding can occur in research that looks at the environmental antecedents of outcomes that are further away from the exposure. This is especially troublesome in studies that look at relatively distal outcomes like obesity rather than more proximal ones like diet. Because obesity is caused by a combination of health behaviors (diet, physical activity, and sedentary behavior), excluding a measure of physical activity as a critical confounding variable, as is the case here, may lead to incorrect interpretation of estimated effects. All of the aforementioned are potential sources of inaccuracy in estimating the relationship between diet and the atmosphere of fast-food and fullservice restaurants. Overall, while this study adds to the data base, it does not provide compelling evidence for the need to change policy focus away from the possible impact of the fast-food and restaurant environment on obesity. 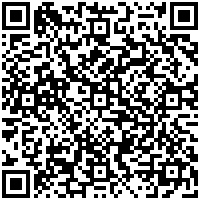