Stigmasterol, a phytosteroid was isolated for the first time from C. lasiantha using n-hexane as a solvent. Stigmasterol was characterized on the basis of physical, chemical and spectral data (IR, 1H NMR, 13C NMR, 1HNMR, DEPT-45, 90 & 135, and MS) analysis as well as by comparing them to their literature data. A sequence of steps was adopted like saponification, fractional crystallization and gradient elution column chromatography to isolate stigmasterol because some phytosterols possess identical physical properties which makes it difficult to isolate the constituents.

Asclepiadaceae family consists of 2500 species falling under 200 genera. Caralluma is one of the genus of Asclepiadaceae family and grows up generally in dry areas [1]. Caralluma umbellata extracts are reported with superior antibacterial activity especially against bacteria causing stomach disorder and pain [2]. Caralluma lasiantha (syn. Boucerosia lasiantha) is very well known species of the genus. It is called with different local names like Sirumankeerai in Tamil and Kundeti Kommulu in Telugu [3]. It is a famous indoor ornamental plant and succulent in habit [4]. It is found in dry regions of Andhra Pradesh, India and especially in Anantapur and Chittoor districts. It is used as traditional medicine to reduce body heat [5]. Methanolic extracts of Boucerosia lasiantha (Caralluma lasiantha) have shown good antioxidant activity [6], anti-proliferative property [7] and antihyperglycemic/hypoglycemic activity [8]. In our studies, we have reported the antibacterial activity of C.lasiantha against pathogenic Gram (-) and Gram (+) bacteria [9]. Similarly, antifungal activity of extracts of Caralluma lasiantha against storage fungi also reported by us recently [10].

Two C-21 steroidal glycosides (lasianthoside-A and lasianthoside-B) [11] (Figure. 1) and a known flavone glycoside (Luteoline-4-O-neohesperiodoside) [12] (Figure. 2) were extracted from C. lasiantha by using polar solvents like alcohols. In our previous communication, we have reported the isolation of one C21 pregnane steroid, 3β, 14β-dihydroxy-14β-pregn-5-en-20-one (Figure. 3) from C. lasiantha [13]. Thorough literature shows that no extractions from C. lasiantha were carried out using solvents having low polarity. Hence, the present study is intended for phytochemical screening of n-hexane extracts of C. lasiantha which is least explored species. 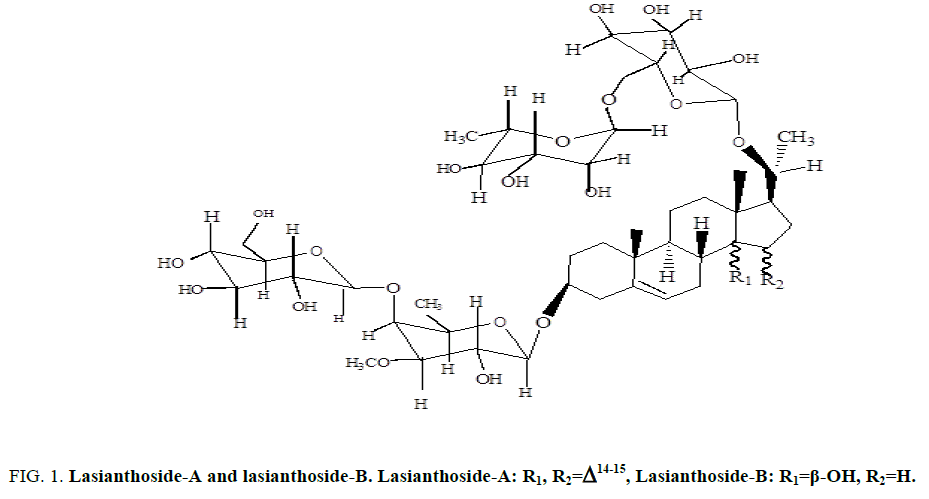 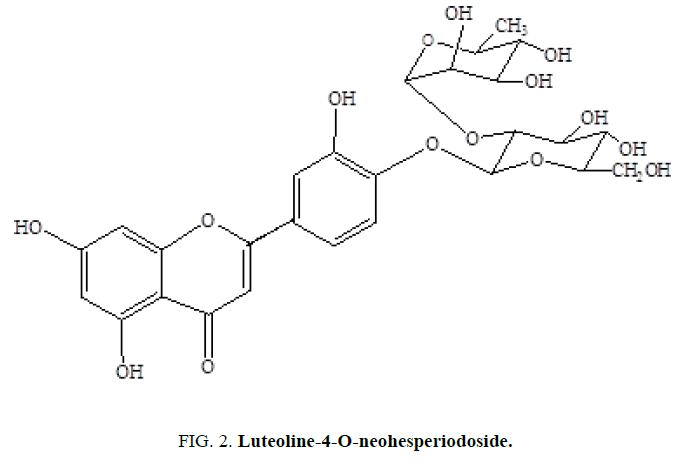 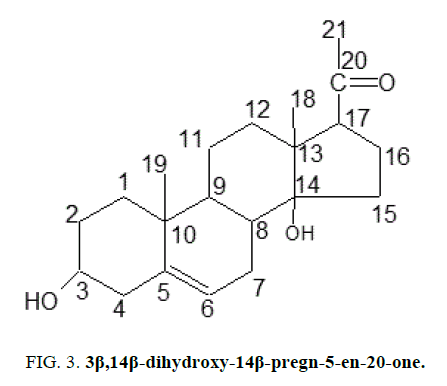 Shade dried stems and roots were powdered and sieved (sieve No. 14). Afterwards the powder was stored in air tight container. The powder was weighed and extracted with soxhlet extractor by using solvents of polarity from non-polar end to polar end (Hexane, Chloroform, and Methanol) with successive solvent extraction. To concentrate the extracts and removal of final traces of solvent, rotavapor (Buchi Labotec rotavapor model R-205) was used [15,16]. Then, recrystallization was done to purify the crude extracts. Melting point was taken by using Fisher-John apparatus. IFS-120H spectrometer was used to record the IR. The 1H NMR and 13C NMR spectra were taken on Bruker 75 MHz and 300 MHz, spectrometer, using an internal standard like TMS. Mass spectra were recorded by using ZAB-HS mass spectrometer.

Small amount of crude extract was dissolved in 0.5 ml of dioxane. The obtained solution was added to 0.5 ml of ceric ammonium nitrate reagent. Then about one ml of dioxane was added and shaken. Yellow to red color formation indicates the existence of an alcoholic hydroxyl group [17].

Few drops of acetic anhydride were added to the extract and boiled. Concentrated sulphuric acid was added to the above cooled solution. Presence of sterols is confirmed from formation of a brown ring at the junction of two layers and green color in upper layer [18].

Polarity of solvents influences the nature of extractable phytochemical. n-Hexane extracts were taken in the present study. Presence of sterols in the crude extract is indicated with positive results of alcohol test [17] and Libermann-Burchard test [18]. A thorough literature shows that separation of stigmasterol in its pure form is difficult [19,20] as the presence of double bond (C22=C23) is only the difference from that of β-sitosterol. As a result, they possess identical physical properties to make the separation very complex. Moreover, same Rf value was reported to both stigmasterol and β-sitosterol inspite of usage of many solvent systems [21]. In addition, literature shows that it is difficult to obtain sitosterol in pure state [22-24]. Consequently, many researchers reported the isolation of a mixture of β-sitosterol and stigmasterol [19,21,25]. Therefore, in the present study in order to separate stigmasterol from β-sitosterol and other phytosterols, a sequence of steps was adopted like saponification, fractional crystallization and gradient elution column chromatography.

The crude extract (dark greenish brown oily mass) was air dried at room temperature. It was extracted successively into solvents with an increase in polarity. The extracts were concentrated under vacuum and then labelled. In order to remove fatty material, the petroleum ether extracts were saponified with alcoholic KOH (1M). Unsaponified matter was extracted in petroleum ether and removed the solvent. A small amount of unsaponified extract was dissolved in suitable solvent (chloroform) and tested with TLC by spotting on silica gel 60 F254 precoated on aluminium. After a number of pilot tests, n-hexane and ethyl acetate mixture (8:2) was found to be the suitable eluent. Presence of six different molecules with steroidal nucleus was confirmed by spraying the chromogenic agent (5% H2SO4 in methanol) and development of chromatograms in iodine chamber. Developed chromatogram in iodine chamber yielded five to six un-detached and continuous spot pattern in the Rf range (0.4 to 0.8). Less number of TLC spots for unsaponified matter shows the presence of fewer compounds in it compared to that of above combined petroleum extracts.

Fractional crystallization for separation of stigmasterol from phytosterol mixture

n-Pentanol and cyclohexanone were proved to be effective solvents for separation and purification of stigmasterol and β-sitosterol, based on the solubility difference and variation of solubility of these phytosterols with temperature [26,27]. Considering the advantage of these points, a fractional crystallization procedure was proposed by Xu et al. [28] to obtain 92% pure stigmasterol after five stages. The same procedure was adopted in this study due to various other advantages like simple operational procedure, easy recovery of solvent and low pollution. 25 g of phytosterol mixture was dissolved in 75 ml cyclohexanone by stirring for an hour at 60°C. Crystalline stigmasterol was precipitated by cooling the solution to room temperature. The filtered mass was dried in vacuum drying oven at 60°C. This fractional crystallization operation was repeated five times to obtain relatively high purity stigmasterol which is evident from reasonably separated spots on TLC plates.

The so obtained compound was further purified by column chromatography. It was conducted by packing silica gel (Mesh 60-120) using hexane for making wet packing method. Gradient elution technique was followed in which the polarity of solvent mixture was increased by addition of Et OAC (0%-100%) to hexane. The eluates were monitoring using TLC as mentioned above. Out of the collected 172 eluates, similar fractions were pooled together. Preparative TLC was used for auxiliary purification. Spots with same Rf values were scraped and extracted into petroleum ether as a solvent. Presence of sole phytochemical was confirmed from single spot even after subjecting TLC using different solvent mixtures like chloroform: ethanol (9.5:0.5), ethyl acetate: ethanol (9.5: 0.5), chloroform: ethyl acetate (4:1).

After recrystallizing in acetone, a white crystalline powder was obtained with a melting point of 171-172°C and Rf value of 0.7 (hexane: ethyl acetate=8:2 v/v) [29]. By using Mass (ESI-MS), IR, 1H-NMR and C13-NMR techniques, structure was elucidated as stigmasterol (Figure. 4). 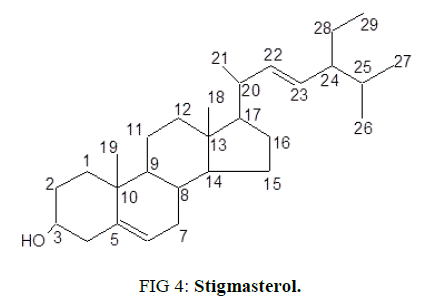 Molecular ion peak in mass spectrum at m/z 413.3 (M+H)+ corresponds to molecular formula C29H48O which is equivalent to the formula of stigmasterol, a well known phytosterol.

The IR signal absorption band observed at 3419 cm-1 is characteristic of O-H stretching. Absorption at 3025 cm-1 is typical olefinic=CH- stretching while the absorption at frequencies such as 1567 cm-1 and 1021 cm-1 are as a result of C=C and C-O absorption respectively.

Plant sterols are also known as phytosterols which are important structural components of the plasma membrane [32]. Stigmasterol is a well spread phytosterol in fungi, plants and animals. This secondary metabolite is a health promoting constituent [33] and exhibits antibacterial [34], antioxidant, hypoglycemic, thyroid inhibiting properties [35]. β-sitosterol was proved to be responsible for immunomodulatory activity of many plant extracts [30,36]. Large quantity of pure stigmasterol is required for the study of structure-function in different fields like plant biology, nutritional and pharmaceutical.

On comparing physical properties as available in literature, analysis of chemical tests and spectroscopic data show that stigmasterol, a well-known sterol was isolated for the first time from C. lasianta using n-hexane as an extracting solvent. 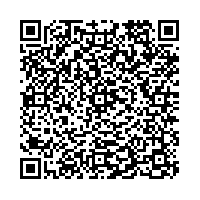