There exists a close relationship between the human host and the intestinal microbiota, a mixed community of microorganisms that protect the intestine from being colonised by exogenous pathogens. The intestinal microbiota plays a crucial role in the nutrition and modulation of the host’s immune homeostasis. Dysbiosis is a microbial imbalance between pathogenic and protective bacteria: the former can become dominant and the latter underrepresented, leading to a degraded microbial diversity [1]. In a healthy individual, the microbiota is composed of bacteria, fungi, viruses and yeasts. The host/microbiota coexists in mutual harmony, named symbiosis, allowing both to function properly [2]. It should be noted that the balance of the intestinal microbial ecosystem can be disrupted by a number of factors, such as antibiotics, vaccinations, certain foods and stress. An intestinal bacterial disorder primarily manifests itself in terms of quantitative changes in bacterial location and in the biological characteristics of the intestinal flora. The intestinal immune system does not tolerate any modification of the gut microbiota.

There exists a close relationship between the human host and the intestinal microbiota, a mixed community of microorganisms that protect the intestine from being colonised by exogenous pathogens. The intestinal microbiota plays a crucial role in the nutrition and modulation of the host’s immune homeostasis. Dysbiosis is a microbial imbalance between pathogenic and protective bacteria: the former can become dominant and the latter underrepresented, leading to a degraded microbial diversity [1]. In a healthy individual, the microbiota is composed of bacteria, fungi, viruses and yeasts. The host/microbiota coexists in mutual harmony, named symbiosis, allowing both to function properly [2]. It should be noted that the balance of the intestinal microbial ecosystem can be disrupted by a number of factors, such as antibiotics, vaccinations, certain foods and stress. An intestinal bacterial disorder primarily manifests itself in terms of quantitative changes in bacterial location and in the biological characteristics of the intestinal flora. The intestinal immune system does not tolerate any modification of the gut microbiota.

A high fat or sugar diet increases the proportion of Gram-negative bacteria, in particular members of the Proteobacteriaceae and Pasteurellaceae (E. coli, Campylobacter spp., Haemophilus, Proteus). Gram-negative bacteria contain lipopolysaccharide (LPS), which is endotoxic and results in release of pro-inflammatory cytokines such as TNF-alpha, IL-6 and IL-1 from the macrophages. This results in gut leakage, systemic inflammation and stimulation of the innate immune system [3]. Inflammatory bowel disease is associated with substantial changes in gut bacterial profiles with increased abundance of Proteobacteriaceae and Pasteurellaceae and reduced amounts of Clostridium cluster IV and XIVa. Intestinal bacterial disorders cause excessive bacterial growth in the intestine, damaging the intestinal mucosal barrier, thereby releasing enterotoxins as a means to increase intestinal epithelial permeability so that bacteria and products can enter the intestinal lamellae, causing an immune dysregulation of the mucous membranes and inducing inflammatory bowel disease (IBD). Changes in intestinal microbes are clearly associated with the development of IBD.

It comprises a group of idiopathic diseases characterised by chronic inflammation of the bowel. The origin of this chronic inflammation is defined by genetic disposition and dysregulated immune response to host intestinal microflora. The two major types are ulcerative colitis (UC), which is limited to colonic mucosa and Crohn`s disease (CD) whose prevalence is estimated at 1 million people in Europe and which can affect any part of the gastrointestinal tract from mouth to anus often with rectal sparing. These two disorders have distinct clinical and pathological features, but they do overlap to some extent. The risk for malignant transformation is elevated because of the chronic inflammation. The triggering factor of IBD is still unknown. Various explanations were advanced, such as the hygiene hypothesis blaming the frequent use of antibiotics and microbicidal compounds, the partial elimination of enteric microflora after suffering from infectious acute gastroenteritis, or certain food components, e.g. refined sugars used in developed countries-which could promote the growth of certain types of bacterial species or even certain types of toothpaste. To sum up there are certainly multiple factors involved. The gut microbiota is a key driver of disease initiation, recurrence and remission in genetically susceptible individuals. IBD patients show a lowered firmicutes/bacteroides ratio. Their gut microbiota is enriched in inflammatory members of the Proteobacteriaceae and Pasteurellaceae group and depleted of anti-inflammatory members of the short chain fatty acid producing Clostridium Cluster IV and XIVa [4,5] found that especially Faecalibacterium prausnitzii is significantly depleted in IBD patients. Interestingly F. prausnitzii is inversely related to disease activity and serves as an indicator for healthy gut. F. prausnitzii has anti-inflammatory capacity by reducing the release of IL-6, IFN-gamma and conversely increase IL-10 and regulatory T-cells [6]. There is already evidence that faecal transplantation can be a successful treatment for IBD patients and there is hope for new probiotics.

The human oral microbiome database (HOMD, www.homd.org) provides a comprehensive resource consisting of descriptions of oral bacterial taxa, a 16S rRNA identification tool and a repository of oral bacterial genome sequences. Individuals' oral microbiomes are highly specific at the species level, although overall, the human oral microbiome shows few geographical differences. The oral cavity differs from all other human microbial habitats through the simultaneous presence of two types of surfaces for microbial colonisation: shedding (mucosa) and solid surfaces (teeth or dentures). This intrinsic property of the oral cavity provides immense possibilities for a diverse range of microbiota [7]. Once the symbiotic balance between the host and the microbiota is lost, these microbiota may become involved in disease. Distinctions were revealed between carious and caries-free microbiomes, periodontally diseased and periodontal disease-free microbiomes in terms of microbial community structure. Although caries and periodontitis are clearly bacterial diseases, they are not infectious diseases in the classical sense, because they result from a complex interaction of a number of factors: commensal microbiota, host susceptibility and environmental factors, such as diet and smoking [8]. The literature on interdental supragingival microbial profiles applied to caries lesions is extremely limited. Currently, two major studies have addressed interdental biofilm in young adults free of caries and periodontal diseases [9,10]. The effective presence of the “red complex”, particularly Porphyromonas gingivalis, a pathogen of heart disease and other systemic diseases, is a strong indicator of the need to develop new methods to disrupt interdental biofilm using daily oral hygiene. Indeed, it has been shown that low levels of P. gingivalis were able to induce changes in the composition of the biofilm [11]. Although it is present in low proportions in the oral microbial community, P. gingivalis is considered a ‘keystone’ pathogen that is able to disrupt host-microbe homeostasis through molecular manipulations of the selected host-protective mechanism. Likewise, the presence of Candida albicans in significant quantities in the interdental spaces also gives rise to some concern. Understanding the impact of such bacteria and yeasts in the interdental spaces within an oral environment, including, of course, the salivary environment, which have the potential to spread at any time of their life within the digestive tract, is a priority. In an interesting study [12], reported a case of dysbiosis, characterised by a reduction in the number of autochthonous bacteria present both in the saliva and stools of patients suffering from cirrhosis, compared with the control group. The authors showed that the extent of salivary dysbiosis was greater in cirrhotic patients, requiring them to be hospitalised for approximately 90 days. With regard to the role played by toothpaste in the balance of oral microbiota, certain authors [13] have shown that the presence of arginine in toothpaste affects the arginolytic capacity of saliva. Moreover, arginine is considered a real oral prebiotic, since it can help restore the balance of salivary microbiota by reducing salivary acidity, which also explains its anti-carious action [14]. According to these authors, this protection is due to the production of alkali by oral bacteria via the arginine deiminase system (ADS), which increases the pH of oral biofilms and reduces salivary acidity as well as the risk of developing carious lesions [15]. If there is one hygiene product that is difficult to replace in our everyday lives, it is toothpaste, provided that it is used twice daily. However, like other hygiene products, toothpaste is likely to contain endocrine disruptors. The most widespread of these present in toothpaste are butylparaben and propylparaben, as well as triclosan, which are doubly undesirable because they are antibacterial preservatives to which bacteria can potentially develop a resistance and which can induce microbiota dysbiosis. Tricholsan, long criticised for its harmful effects on health and the environment, is now more strictly regulated following several evaluations by European scientific experts.

Sodium lauryl sulfate, a well-known irritant, primarily used as a surfactant allowing oil and water to become dispersed, is also quite widespread. Its close relative, ammonium lauryl sulfate (ALS), also continues to be widely used. These are generally found in many rinse-off products. The amounts are not particularly significant and are easily tolerated by a number of consumers. In vivo and in vitro tests on mice and in vitro tests on human cells show that titanium dioxide in nanometric form has a pro-inflammatory action on lungs and the peritoneum. It therefore has a potential for carcinogenic effects. Microbeads made from methacrylate, polypropylene, poly-e-terephthalate and polymethylphenylsiloxane are small pieces of plastic added to toothpaste for their abrasive proprieties. Although these small plastic beads can help remove dental plaque, they may promote the absorption of bacteria and industrial chemicals and are suspected of being endocrine disruptors. But, to date, no oral study dealing with dysbiosy and its role in modifying intestinal microbiota has been published. All these observations open up new research avenues. By modifying oral microbiota, the presence of allergens (methylisothiazoline, methylchloroisothiazolinone, SLS, ALS)/endocine disturbers (propylparaben, cyclopentasiloxane, cyclotetrasiloxane, butylated hydroxytoluene, etc.), which are more or less antibacterial preservatives (tricholsan) used in oral hygiene products (toothpaste/mouthwashes) could, if ingested, disrupt gastrointestinal flora and thus create a favourable environment for the development and/or persistence/chronicity of Crohn’s disease through maintained intestinal inflammation. Understanding the interaction between diet, intestinal microbiota, pathogens and the human host could lead to new strategies, notably by modifying the composition of intestinal microbiota. Understanding the change in the composition of the oral microbiota and its potential impact on the gut microbiota of Crohn's disease patients would be a significant advance. 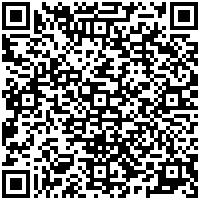