Newton and the Big Bang

According to Newton Gravity Law two masses M and m separated by a distance d, equal forces FM and Fm are the manifestation of an interaction referred to as Gravity. The Law is FM = Fm = GMm/d2. Three centuries after its introduction this Law is not fully understood. It is always mentioned that sun gravity is bigger than earth gravity. Galileo demonstrated that two different masses fall from the same height on earth at the same time. The same experiment was repeated on the moon in 1971 by astronaut David Scott just to prove the same thing. It is my opinion the conclusion of this experiment is based on the wrong interpretation of Newton Gravity Law. In addition, such interpretation implies the existence of an intrinsic moon or earth gravity prior to the interaction with anything, and such innate gravity behaves the same way in the falling of two different masses. Therefore, it is the gravity of earth or the moon vs a cat or an elephant falling from the same height at the same rate. The correct interpretation should be, as required by Newton Gravity Law, the interaction moon-cat vs moon-elephant keeping the same distance d for the pair moon-cat and for the pair moon-elephant. That way the elephant more massive should reach the moon surface before the cat. The moon has does not have the same gravity force for the cat and the elephant. This makes the Galileo experiment an optical illusion because of the overwhelming mass of the moon. If a very sensitive instrument, the likes of which were available to Galileo and to astronaut David Scott he will see the elephant reaching the moon surface before the cat. To further explore all this, I propose three thought experiment sets with arbitrary masses (M, m) and the same distance d.

Table 1. The total amount of mass M and m is different but M.m is same.

Table 2. The total amount of M is fixed but m is increased.

As the mass M is fixed and m increases, the total amount of mass for cases 6 to 10 increases and the Mm factor increases. So, the gravity generated by the five pairs (Cases 6-10) increases. We are tempted this time to think that gravity depends on the amount of mass of each pair. That is not true because Newton Gravity Law states if the distance between M and m is the same gravity depends on the factor Mm. To understand all this, we have to remember that masses M and m, and distances d of all kind of values exist in our universe. However, Mm factor exists only in the realm of mathematics. In our reality we can never say that numbers 2, 3, 10 and 100 are equal. If we raise all the numbers to the power of zero the same numbers are equal to 1.

2° = 3°= 10° = 100°= 1°. We use mathematics to understand our universe. Newton Gravity Law introduces the M.m concept, the same was as Schrödinger introduces the factor i in his wave function.

Let’s suppose that masses M and m are equal and the distance d have the same value as M. Thus, the factor M.m becomes M2. Since M and d are equal, M2 and d2 are equal, Newton gravity law FM=Fm=G.M.m/ d2 becomes FM=Fm=G. Therefore, for an infinity of equal pair masses (satisfying the relation M=m=d) the gravity force is the same. That sealed the argument gravity is mass independent.

Before the Big Bang

Back to the issue at hand, whether or not an intrinsic gravity exists in the moon (or any other mass in the universe) prior to the interaction with a cat or an elephant. Newton did not address this question because his Gravity Law is about two masses M and m (equal or different) separated by a distance d. Can we now apply Newton Gravity Law to a single mass in our present universe? I don’t know. Experimentally it is impossible to have a single mass under no influence by its surroundings because in our universe there are masses everywhere. What happened before the Big Bang is our only opportunity to have a mass surrounded by total emptiness. Even so, it is experimentally out of our reach but we can address it theoretically. Einstein General Relativity theory did not invalidate Newton Gravity Law, he extended it and came up with new predictions: space-time curvature, light bending and black holes. It is safe to say Newton Gravity Law is still valid before and after the Big Bang. I think Newton Gravity Law does not imply the existence of an intrinsic gravity in a single mass. If such an intrinsic gravity does exist in a single mass prior to any interaction with another mass, then upon interaction with another mass an acquired gravity will adds up. In this case we cannot explain why the total gravity will diminish as the distance between the two masses increases further and further and the intrinsic gravity will disappear. Einstein equation E = mc2 states that in a mass m there is energy. Newton Gravity Law does not say that in a mass m there is gravity.

Gravity in a mass M appears only upon interaction with another mass m separated by a distance d. It is the same as voltage exists between two electric charges separated by a distance d. A single electric charge has no voltage. It is my opinion that before the Big Bang our universe concentrated in a single mass referred to as singularity has no gravity at all. All the other universe laws (electromagnetic, nuclear and weak forces do exist), thermodynamic laws and quantum mechanic laws are all at play and are responsible for the explosion of the single mass singularity. Once the singularity splits in two or more masses gravity is there. At the end I can say that singularity is the zero state of gravity. 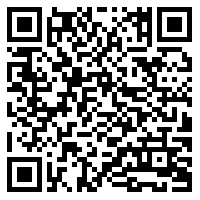