Mean amplitudes of vibration of the VO2F2- and VO2Cl2- anions

The mean amplitudes of vibration of the VO2F2- and VO2Cl2- anions, derived from vanadium (V), were calculated from known spectroscopic and structural data, in the temperature range between 0 K and 1000 K. The results are discussed and compared with those of the isoelectronic chromium (VI) species CrO2F2 and CrO2Cl2 and with those of other simple vanadium compounds

Mean amplitudes of vibration are very useful and valuable parameters for the analysis of molecular structures and their vibrational behaviour. Mean amplitudes of vibration can be derived directly from electron-diffraction experiments and can also be obtained by calculation from vibrational spectroscopic data. Precisely, the starting point of the spectroscopic calculations was their usefulness in the analysis and interpretation of electron-diffraction spectra [1,2]. In order to extend our knowledge on the vibrational properties of vanadium halides and oxyhalides, we have now performed a calculation of the mean amplitudes of vibration of the two anionic oxyhalides VO2F2 - and VO2Cl2-. These two interesting anions, are the only so far known vanadium (V) species of the type VO2X2-, and are isoelectronic to the better known and widely studied chromium (VI) oxyhalides, CrO2F2 and CrO2Cl2. The two vanadium-anions can be isolated in the form of their tetraphenyl arsonium and tetra-phenyl phosphonium salts [3,4] and also the triphenyl-methyl phosphonium salt is known [5]. Crystallographic and spectroscopic studies of these salts ensure the presence of the “free” C2v-VO2X2- species in the respective crystal lattices [3-5]. The detailed assignment of the vibrational (IR and Raman) spectra of both anions, supported by the calculation of the corresponding force constants was performed some years ago by Brandán et al. [6]. We have now extended and complemented this interesting work with the calculation of the respective mean amplitudes of vibration, in a wide temperature range.

The calculations of the mean amplitudes of vibration were performed with the method of the “Characteristic Vibrations” of Müller et al. [7,8]. As known, in this method the investigated molecule, of any degree of complexity, is divided in “fragments” of the type XY2 or ZXY and vibrational frequencies are assigned to these “pseudo molecules” with which all further calculations are performed. This means that any problem of a determined degree of complexity (n) is reduced to the resolution of problems of order n = 2 (fragments XY2) and n = 3 (fragments ZXY).

This methodology has been applied with great success to a wide number of molecules and ions during the last forty years (for a recent review see for example [9]) and can be considered as a very straightforward methodology for this type of calculations.

For the present calculations the necessary vibrational-spectroscopic data as well as the structural parameters were taken from the paper of Brandán et al. [6].

The obtained results, in the temperature range between 0 and 1000 K, are shown in Tables 1 and 2.

Table 1: Calculated mean amplitudes of vibration (in Å) of the VO2F2- anion

Table 2: Calculated mean amplitudes of vibration (in Å) of the VO2Cl2- anion

This general behaviour is similar to that found for the isoelectronic chromium(VI) molecules, i.e. CrO2Cl2 [10] and CrO2F2 [11]. For the chromyl fluoride the Cr=O mean amplitude values are practically identical than those of the analogous bonds of chromyl chloride, whereas the amplitude values for the Cr-F bonds are clearly lower than those corresponding to the Cr-Cl bonds. This means that in both pair of isoelectronic species the M=O bonds have practically the same strength, whereas the M-X bonds are slightly stronger in the case of the fluorides. A comparison of the calculated values for the two isoelectronic pairs, at four selected temperatures is shown in Table 3. In all cases and as expected, bonds of the neutral chromium species are slightly stronger than those of the corresponding anionic vanadium species.

Table 3: Comparison of the mean amplitudes of vibration (in Å) of the two isoelectronic pairs, at some selected temperatures

For the mean amplitudes of the non-bonded atomic pairs it is more difficult to made theoretical predictions of their relative values, as they are often strongly dependent on minimal geometric differences and on mass effects which are difficult to evaluate. Notwithstanding, it is interesting to remark that in the present case all the deformational modes of the cholorovanadate are at slightly lower energies than those of the fluorovanadate [6], suggesting that probably somewhat higher mean amplitudes of vibration for the non-bonded pairs can be expected for VO2Cl2-, as found. The values obtained for the two investigated anions lie in the order uO--O < uO--X < uX--X for both species, at all temperatures above 200 K, and the absolute values are always higher in the case of VO2Cl2-, as mentioned. As it is known, mean amplitudes of vibration can be very characteristic for a given chemical bond [8]. This means that if the stretching force constant and the corresponding frequency for a definite bond in different molecules are nearly the same, this will also be true for mean amplitudes of vibration [8,12]. Therefore, it seems interesting to compare the present results with those obtained for other vanadium species containing V-oxygen and/or vanadium-halogen bonds. Some data are presented in Table 4 [13-15].

As it can be seen, the mean amplitudes of vibration for V-O bonds lie in a very limited range, between 0.037 Å and 0.042 Å with the anionic species presenting slightly higher values than the neutral ones. Also, in the case of the V-X bonds the mean amplitude values are found in relatively restricted ranges. Interestingly, and despite the different oxidation state, the V-Cl value calculated for the vanadium (IV) VCl4 species is comparable with those found for the two tabulated V (V) species. 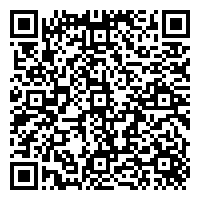