The Effect of Food Intake Memory and Awareness on Eating: A Systematic Review and Meta-Analysis

Weight loss can be aided by a variety of effective behavioural approaches. However, average weight loss decreases a few months into a programme, owing to a gradual waning of food restriction and the common occurrence of weight rebound following a successful loss. This could be due to the fact that many weight-loss regimens rely on continual effortful meal monitoring and attentiveness of goal procedures. It may be possible to design simple procedures that do not rely on conscious calorie counting to help people lose or maintain weight loss. Evidence suggests that cognitive processes including attention to food and encoding and retrieving memories of recently eaten meals regulate appetite through influences on meal size and the intermodal interval. This raises the idea that ?attentive-eating? therapies that target these cognitive processes could help people lose weight without having to count calories. Avoiding distractions and enhancing awareness of food as it is consumed, as well as basic recollection of items consumed at the previous mealtime, are all expected to reduce food consumption at the next mealtime. According to one idea, such activities help to improve episodic memory representations of food consumed, which are then utilised to guide subsequent food consumption decisions. Other cognitive weight-loss treatments, such as mindfulness training, slow eating, and food habit promotion, already exist, but we believe they are more effective in part because they integrate characteristics of ?attentive eating.? Mindfulness training focuses on approaches and exercises that encourage people to accept and accept challenging thoughts, feelings, and sensations rather than try to avoid or control them. As a result, adopting a more mindful eating approach could potentially lessen distractions from negative emotions and avoidance behaviours that would otherwise prohibit attentive eating. However, these approaches may have additional impacts like as greater self-esteem in mindfulness therapies, increased external control of eating in slow eating programmes, and diet limitation in habitation approaches. Our focus here is on research that altered attention to food while it was being consumed and altered memories of previously eaten food, then looked at the impact on food intake. A systematic review and meta-analyses were carried out. Our goal was to see if there was enough data to guide the creation of weight-loss behavioural therapies that focused on attentive eating.

The research evaluated support the idea that the observed effect of attentive eating is due to memory for the meal consumed. The combined memory research found that improving memory reduces subsequent consumption. Individual studies within this pooled data revealed that making memory more prominent by cueing participants to recollect mem- ories of earlier meals lowered food intake. Many studies have linked later reductions in food consumption due to preoccupation while eating the first meal to decreased memory representation, suggesting that memory representation may be the underlying process causing increases in food intake later in the day. A memory representation account could also explain the fact that distraction and lower awareness increased immediate consumption. Both scenarios divert attention away from the food, which is likely to impair recall for the amount of food consumed during the meal and contribute to overeating. In one study, for example, an increase in intake due to diminished awareness was linked to a less accurate estimate of the amount of food consumed. We also discovered thatdistraction had a bigger impact on later intake than on immediate intake. This could mean that as the memory of the eating incident fades, distraction has a greater impact on consumption. This is in line with the finding that meal recall reduced intake just a few hours after eating, when memory had faded. We believe that decreased episodic memory fora meal explains why subsequent consumption rises as a result of distraction, but other factors should be considered aswell. Distraction can affect habituation to a food?s rewarding properties, presumably through changes in associative food memories. However, this approach does not appear to account for the impact of distraction on subsequent consumption, as various types of food were consumed when distracted versus later. We also discovered evidence that the degree to which people limit their intake to avoid weight gain has no effect on the impact of distraction on immediate food intake. This shows that distraction may not have its primary effect by compromising self-control mechanisms. This shows that the effects of distracting stimuli, like as television, on overall energy intake are more likely related to impacts after a meal, rather than during a meal, as is commonly assumed. There is good evidence that memory processes influence food intake, which is consistent with data that people who are unable to construct episodic memories owing to hippocampal loss have a disturbed appetite. It?s unclear; however, which components of memory are crucial. Changes in food intake were linked to the vividness of recall imagery, memory for food eaten, and memory for calories consumed. One idea is that while making eating decisions, people use information from memory regarding the satiating effects of the most recent eating occurrence. If the previous meal was satiating, it has an inhibitory effect on future consumption. Using food memories to inform future food intake decisions allows us to draw on our extensive knowledge of the satiating effects of various foods to forecast the implications of further eating. By linking interceptive signals to recent eating, meal memories may also be necessary to comprehend internal state cues connected with food ingestion.

These findings are significant because they highlight the importance of cognitive processes in eating as well as the possibility of designing new weight-control strategies based on food cognitions. We claim that episodic food memories are an effective way to use knowledge about the physiologic effects of food on the body in the past to forecast the implications of future consumption and prevent the negative consequences of overconsumption. This approach not only stresses the importance of cognition in human eating, but it also establishes a conceptual link between the systems involved in nutrition sensing and assimilation and higher brain regions engaged in decision-making. This is significant because traditional appetite control approaches treat the physiologic and cognitive controls of feeding as separate rather than fully integrated components of the same system, possibly due to a lack of communication between researchers interested in physiologic and cognitive controls of eating. There are also implications for gaining a better grasp of the links between nutrition and cognition. The research presented here, which implies that memory and attention processes influence food intake, along with accumulating evidence that Western-style diets might harm brain regions critical for learning and memory, suggests that the linkages between cognition and nutrition are bidirectional. A high-fat, high-sugar diet may harm the hippocampus, affecting memory and appetite control and setting up a vicious loop that encourages overeating. 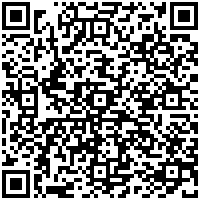