Laser micromachining has several prominent advantages over conventional methods, such as noncontact processing, fast removal rates and mask less processing. In particular, femtosecond laser processing has recently emerged as an enabling tool for material processing and has promised a wide variety of intriguing applications, owing to its ability to suppress the heat-affected zone, perform sub-diffraction-limit processing, and carry out true 3D selective modifications [1-5].

The generation of nanostructures by femtosecond laser, of which the period could be much smaller than the incident laser wavelength, is one of the very interesting phenomena that have drawn great attention of researchers [6-9]. Laser-induced nanoripples could be classified into two types, namely, near-wavelength nanoripples and deep-wavelength nanoripples. The former, whose period is close to the incident laser wavelength, is widely accepted as a result of the interference of the incident light wave and the surface scatter wave [10-13]. According to this theory, the period of the ripples could be controlled by varying the incident angle. The latter, whose period is much smaller than incident laser wavelength, is believed to be generated by the interference of the incident light wave and the laser-induced surface plasma wave [14,15]. The presence of nanoripples on a surface would change how the laser interacts with the material, since the nanoripples can act as a grating which could efficiently couple incident light wave and convert it into plasma wave. Specifically, since the width of the laser-induced nanogroove is about 10-50 nm [16], which is much smaller than the incident laser wavelength, light waves cannot propagate in such a small structure because of the diffraction limit. Therefore, it can be expected that surface plasmon polaritons (SPPs) can be generated and confined in the nanogroove, which would induce much smaller nanostructures on the surface of the material. In addition, it has been reported that liquids could bring several advantages for the laser ablation, such as higher efficiency and cleaner ablation. Several publications have addressed the effects of liquid medium, such as water and alcohol to the efficiency of laser ablation [17-21]. And it is expected that clearer nanoripples pattern could be achieved as the laser irradiation is conducted in liquid environment. Therefore, the impact of laser-induced nanoripples on the interaction of the incident laser and the material would be more significant, leading to the formation of much smaller structures. However, most of the available publications only focused on characterizing the morphologies and the formation mechanism of the nanoripples. Few studies have been reported about the formation of deep-subwavelength structures formed in nanoripples. Recently, we reported the formation of deep-subwavelength nanohole arrays embedded in nanoripples fabricated by an 800-nm femtosecond laser [22], in which the formation of the nanohole arrays was attributed to the formation of the channel plasmon polaritons (CPPs) in the nanogrooves associated to the nanoripples.

The experimental setup as shown in Figure 1 consists of a femtosecond laser source, an attenuator, a neutral density filter, a mechanical shutter, a xyz movable stage, a computer, and a CCD camera. The laser used was an amplified Ti: Sapphire femtosecond laser system (Coherent Inc., USA) with pulse duration of 150 fs, wavelength of 800 nm, and repetition rate of 1 kHz. 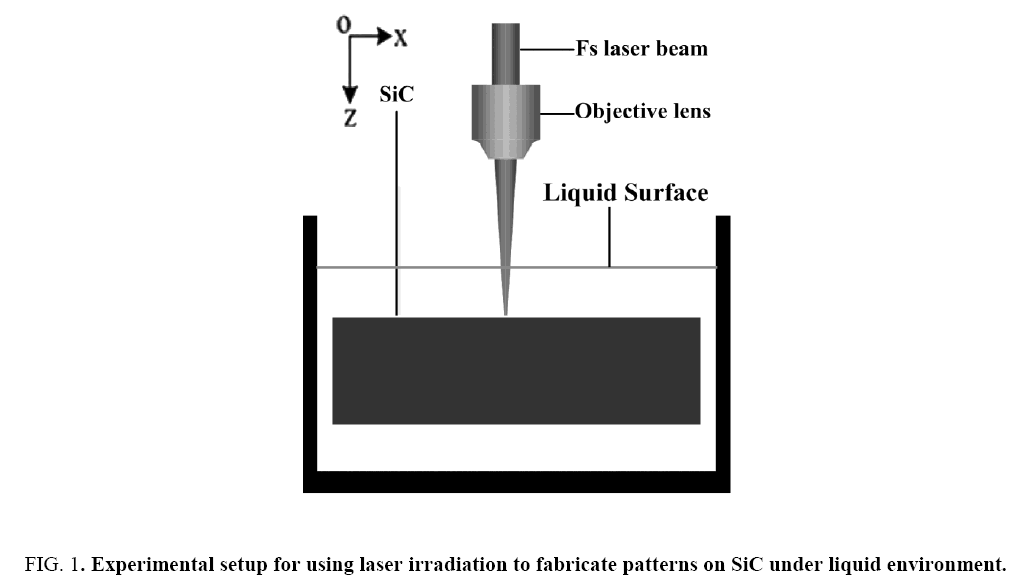 The attenuator provides a convenient way to adjust the laser energy, and the mechanical shutter was employed to control the access of the laser beam. The movable stage, on which the SiC sample can be mounted, is controlled by a computer program and allows us to fabricate structures on the patterns with high precision. The CCD camera is connected to a computer for clear online observation of the SiC pattern surface during fabrication. A 10× microscope objective with numerical aperture (NA) of 0.3 is employed to focus laser onto the surface of the pattern. The diameter of the spot on the pattern is about 10 μm.

In our experiments, a 6H-SiC pattern 350 μm in thickness was used. First, it was cleaned in acetone and de-ionized water with an ultrasonic field for 10 min each; then it was immersed in a small liquids pool before being mounted on the movable stage. Water and alcohol were used in our experiments. The laser beam was focused onto the pattern via an optical microscope objective lens. During fabrication, the surface of the SiC pattern could be seen either via optical microscope or on the computer screen connected to the CCD camera. After laser irradiation, an SEM was employed to study the morphology of the structures on the SiC surface. In conclusion, we fabricated deep-subwavelength nanohole arrays embedded in nanoripples in SiC in water and alcohol, respectively, by the irradiation of an 800-nm femtosecond laser. The period of the nanoripples was about 500 nm. The ripples were perpendicular to the polarization direction of the incident laser. The size of the nanoholes ranged from 10-30 nm, and the period was about 60 nm. Nanoripples formation can be attributed to interference of the incident laser and the laser-induced surface plasma wave. Deep-subwavelength nanohole arrays formation can be attributed to the guiding effect of CPPs in the nanogrooves associated with the nanoripples. Under irradiation in alcohol, more hole arrays were formed and more uniform in size. This is maybe because of the flow and volatilization of alcohol which were helpful for the formation of clearer nanogrooves pattern. Additionally, we investigated the influence of the laser scanning speed on the nanohole arrays.

The authors sincerely thank Ms. Dai at International Center for Dielectric Research (ICDR) in Xi’an Jiaotong University for the support of SEM and EDS measurements. 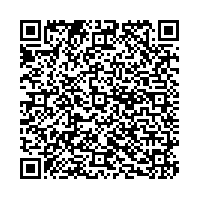