In this study, homogeneous adsorption of Samanea saman inhibitor on the surface of steel is described. For the first time, the interaction between the aforementioned inhibitor molecules and the steel surface is evidenced using energy dispersive X-ray spectroscopy. The weight loss measurements and electrochemical studies revealed that 500 ppm of ethanolic extract of Samanea saman inhibits the corrosion of steel in 1.0 M HCl with approximately 90% inhibition efficiency. Further the adosorption of green inhibitor is found to fit Langmuir’s adsorption isotherm model.

Steel corrosion is one of the fundamental issues which have received significant attention of both academia and industries. In general deterioration of the steel structures is a spontaneous and unavoidable process. However, it can be controlled by improving the corrosion resistance property of the steel by alloying it with suitable metals or by employing suitable inhibitors. Inhibition of corrosion of steel in acidic media using bio-based organic molecules as inhibitors was reported to be effective. Further these bio-based inhibitors are mainly derived from economical natural resources such as plants [1]. In recent years, the authors explored several plant-based organic inhibitors for inhibition of corrosion of steel in different corrosive environments [2-6].

In continuation of the efforts to find the most effective corrosion inhibitor, extract of Samanea saman (S. saman) is investigated in this study. S. saman is commonly called as rain tree and its well known for closure of leaves after sun set. S. saman is a habitat of tropical and subtropical countries such as India, Brazil, and Peru [7]. Traditionally it has been used for curing intestinal ailments, sore throat, stomach ache and other stomach related problems. S. saman is known to possess antimicrobial activity against certain human and plant pathogenic fungi and bacteria [7-10]. It is also reported that S. saman has antioxidant and antiplasmodial properties [11-13]. The phytochemical analysis of this tree revealed the presence of alkaloids, flavonoids, terpenoids, tannins, and saponins [14-16]. In this study, the ethanolic extract of the leaves of S. saman is evaluated as potential candidate for inhibition of corrosion of mild steel in 1 M hydrochloric acid (HCl) medium. The inhibition characteristics of the SS extract was evaluated by means of weight loss measurement, electrochemical studies, adsorption isotherm. The energy dispersive X-ray spectroscopy (EDS) technique was employed to understand the adsorption and distribution of the inhibitor molecules on the surface of the mild steel.

The inhibitor from the S. saman was prepared according to our previous studies [2,4]. In brief, the fresh leaves of S. saman (1 kg) were dried under shade for 7 days. Then the dried leaves were finely powdered and soaked in 95% ethanol for 3 days. Then the solvent was evaporated under vacuo to obtain green oily precipitate (30.5 g).

The steel specimens used in this study composed of C, 4.93%; Mn, 1.09%; Si, 1.78, and the remainder was Fe. At first, the steel specimens were abraded using emery sheets of different grades. Then the specimens were washed with distilled water and acetone followed by drying at room temperature. In this study, the blank solution 1.0 M HCl, was prepared by diluting concentrated HCl (Merck, AR) using double distilled water. The clean steel specimens were dipped in 1.0 M HCl for 2 hours at 298 K. The initial weight of the specimen was noted as Wo and the final weight was indicated by W. All the experiments were performed in triplicates. Similar to the blank measurements, the steel specimens were tested with blank solution containing 100, 200, 300, 400, and 500 ppm of SS extract. The inhibition efficiency (IE%), surface coverage (q), and corrosion rates (CR) were calculated using the following equations (Equations 1-3).

Where, CR-corrosion rate (mm/y), W0-weight difference (g) before and after weight loss measurements; A-exposed area of the specimen, t-immersion time (h), and D-density of the specimen (g/cm3).

Electrochemical experiments were performed using a conventional three electrode cell assembly consisting of working electrode, platinum electrode as counter, and a saturated calomel electrode as the reference. The steel specimen with an exposed area of 1 × 1 cm2 was used as a working electrode. The electrochemical impedance spectroscopy (EIS) and Tafel polarization measurements were performed using CH6043b according to our earlier studies [2,4].

The surface of the steel specimens was observed under a JSM-5900 scanning electron microscopy (SEM) and elemental mapping of the specimen surface was carried out using X-ray spectral analysis (EDS) (Table 1).

Table 1. Corrosion parameters for inhibition of steel corrosion in 1.0 M HCl by SS extract at 298 K.

Figure 1: (a) Effect of SS extract concentration on inhibition efficiency (IE%) and corrosion rate (CR) at 298 K and (b) Langmuir adsorption isotherm.

Table 2. Tafel polarization parameters of steel specimen in presence and absence of SS inhibitor in 1.0 M HCl at 298

Further the weight loss data were subjected to calculation of thermochemical parameters such as equilibrium constant (Kads) and the free energy of adsorption (ΔGads) using the following equations (Equations 4 and 5). The results were shown in Table 1.

where R is the gas constant, T is the temperature, and the value of 55.5 is the concentration of water in the inhibitor solution. In any adsorption process, if the ΔGads is lesser than -20.0 kJ/g then the inhibition mechanism proceeds via physical adsorption of the inhibitor molecules on the surface of steel. If the ΔGads is greater than -20.0 kJ/g then the inhibition is ascertained to the action of chemical adsorption. In the present study, the ΔGads values were ranging from -16.4 kJ/g to -18.0 kJ/g which indicated that the inhibition proceeds predominantly via physical adsorption mechanism. The Kads values determined for all the tested concentrations were from 12.7 kJ/g to 24.4 kJ/g (Table 1), which indicated that the corrosion inhibition by S. saman extract proceeds via electrostatic interaction with steel surface.

The Tafel polarization results for measurements both in presence and absence of the inhibitor were shown in Table 2 and Figure 2a. It should be noted that the Icorr values for solution with 500 ppm of inhibitor was about 13 times lower than the blank solution. The cathodic and anodic slopes were not significantly changed which indicated that the mechanism of steel dissolution is unchanged [18]. Further the Ecorr difference between the Tafel curves of measurements in presence and absence of the inhibitor was lesser than ± 85 mV. The above results indicated that S. saman extract inhibits both cathodic and anodic reactions. Hence SS inhibitor can be classified as a mixed type of inhibitor [19]. 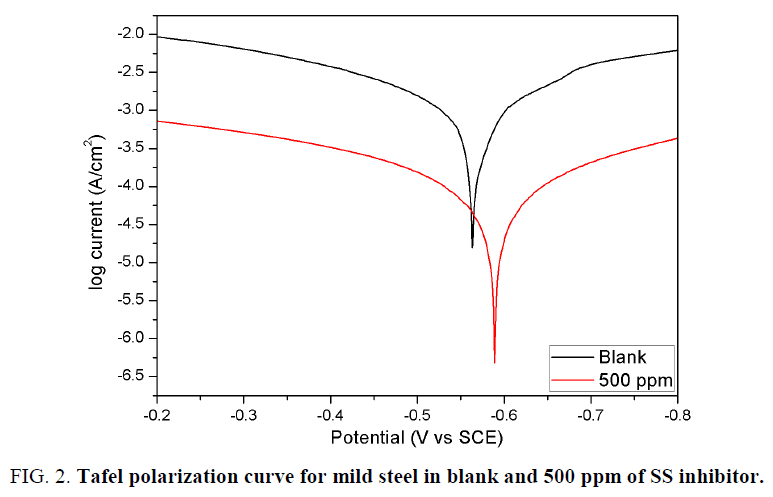 Table 3. EIS parameters of steel specimen in presence and absence of S. saman inhibitor in 1.0 M HCl at 298 K.

Where fmax is the frequency at which the imaginary component of the impedance (-Z”) is maximal. The Cdl values for the measurement with inhibitor solutions was 20 folds lesser than the blank measurement (Table 3). This is attributed to the decrease in the dielectric constant of the steel in presence of the inhibitor molecules (Figure 3).

Figure 4a to 4f exhibits the SEM morphologies and ED spectra of the abraded steel, acid-treated steel, and steel treated with 500 ppm of inhibitor in 1.0 M HCl. The elemental composition of the above specimens was given in Table 4. The abraded specimen possessed some scratches that were caused during manual polishing (Figure 5a). It is obvious from the SEM images that the acid-treated specimen was highly corroded one with rough surface (Figure 5c). The specimen treated with S. saman inhibitor exhibits a smooth surface (Figure 5e). The present study describes the corrosion inhibitive nature of ethanolic extract of Samanea saman. 500 ppm of inhibitor showed a maximum of 92% of inhibition efficiency against corrosion of steel in 1.0 M HCl. The Langmuir adsorption isotherm and thermochemical parameters revealed that the inhibition proceeds via physical adsorption of inhibitor molecules on the surface of the steel. The inhibitor was found to inhibit both anodic and cathodic reactions. The elemental mapping of the inhibitor-treated steel using energy dispersive X-ray spectroscopy indicated the homogeneous adsorption of the inhibitor on the surface of the steel. 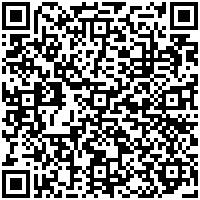