Engineering and Geological Justification of Protection Measures of the Urbanized Areas, Khorgos River Basin of the Republic of Kazakhstan from Emergencies

The Republic of Kazakhstan is located in the North-West Asia and covers an area of 2 million 724.9 thousand square kilometers. Most of the country, located in the temperate zone, 44% are the deserts and 14% are the semi-deserts. The steppes are covered 26% of area of the territory of Kazakhstan, in which the forests is covered 5.5% of the area. According to the relief of the mountain, part of it account for up to 30% of the territory, on the plains-more than 70%. The climate is continental in the country. The average temperature in January ranges from 19°C (in the north) to 2°C (in the south), the average temperature of July accordingly, from +19°C to +28°C. Summer in the country is usually hot and dry. Temperatures can reach +40 to -45°C (in Türkistan, South Kazakhstan registered maximum 49°C). Winter is clear and cold in the country; the temperature may reach 40°C or 50°C (in Atbasar Akmolinsky area, minimum temperature registered 57°C).

In Kazakhstan, there are 48,000 of large and small lakes. Among them are the biggest-the Aral Sea, Balkhash, Zaisan, Alakol, Tengiz, Seletengiz. Kazakhstan shares the larger portion of the northern half and eastern coast of the Caspian Sea. In Kazakhstan, the occurrence of natural disasters or natural emergencies associated with the following natural phenomena [1]: earthquake, spring floods, and flash floods, mudslides, avalanches, landslides and mudslides surge phenomena on the Caspian Sea. Dangerous weather events, droughts, prolonged atmospheric rainfall, snow storms and strong winds, sudden decrease in air temperature, frost in the surface layer of the atmosphere and the soil during the growing season, a strong and prolonged cold, glaze phenomena and sticking of wet snow, fog, dust storms, forest fires and others.

The occurrence of natural and man-made emergencies of regional and local scale in the country occurs mainly due to the eight sources of natural and man-made sources 7. Repeatability manifestations natural sources is 72%, technogenic is 18%. The most common causes of emergencies are spring floods and rain floods are 29.4%; dangerous meteorological phenomena (hurricanes, high winds, hail, extremely low temperatures, heavy snowfall, and strong blizzards) are 13.5%.

Global natural disasters in the country are rare. In the history of Kazakhstan are also known one of the world's largest mud disaster in the Rivers Malaya Almatinka in 1921 and 1973, in the Issyk River in 1963, as well as the many rivers in the mountains of Alatau in 1887 due to an earthquake intensity of 9-10 points on the scale MSK-64 and others.

Seismic active Kazakhstan occupies the north, east, southeast and southern part of the Republic, over 450 km of (17% area) and extends in a stripe width of 150 km from northeast to south-west distance of more than 2000 km. On seismic in Kazakhstan there are more than 6 million. Man located 27 cities, 400 settlements and placed about 40% of the republic's industrial potential. Recently, the major earthquake in Kazakhstan was in May 2003 in Zhambyl region. The damage of this earthquake estimated approximately 100$ million according to official figures.

In the coming decades in the western regions of the country are activated as manufactured earthquakes in areas with an active production of hydrocarbons. In 2008, one of these events already happened in the Atyrau region. Seismic Kazakhstan is the most dangerous within a Mediterranean-Asian seismic belt. Over the past years, a little over here any seismic catastrophe on a global scale, such as an earthquake Chilic 1889 (M=8.3), Kemin earthquake of 1911 (M=8.2), Verny earthquake in 1887 (M=7.3) force 9-10 or more points on a 12-point scale and a number of other earthquakes in closely spaced adjacent to republic.

According to DRK emergency the annual direct and indirect damage caused by the emergency situation of local and regional scales excluding damage caused by global catastrophes on average up to $25-30 million [2]. Damage and possible victims from emergencies of regional and global scale in general a little predictable.

Since, many natural disasters cannot be prevented, but the struggle for the reduction of the damage and losses caused by them is becoming an important element of State Policy. The main output of the current situation is a creation of a new ideology of disaster management. Transition to analysis and risk management should ensure the overcoming of the negative number of natural disasters of growth trends. Carrying out a complex of measures to identify hazards and disaster risk monitoring will determine the ways and measures to overcome the adverse scale growth trends and the impact of natural disasters. Daylight rationing acceptable risks will provide a significant reduction in the risk for the population living in areas prone to natural disasters. Reducing the number and scale of natural disasters transition to new environmentally, friendly technologies will significantly reduce the burden on the ecosystem and will contribute to the improvement of the ecological situation (Figure 1). Figure 1: Statistics of the emergencies in the Republic of Kazakhstan.

Risk factors for the occurrence of natural and manufactured disasters in Kazakhstan:

– More than 400 settlements and 27 cities are located in earthquake zones; it contains more than 40% of the industrial potential of the country, and home to 6 million people;

– All area of Kazakhstan exposed to strong floods, there are over 300 mud pools;

–The country operates 653 hydro-powers, of which 268 do not meet modern safety requirements;

– Up to 85% to 86% of man-made emergencies per year in Kazakhstan give oil and gas producing, transporting and processing industry;

Undoubtedly, 2010 is one of the most difficult and tragic in the history of independent Kazakhstan. The tragedy in Kyzyl-Agash village are resulting of death of 45 people, not only will impress any compatriots, but also presented us a bitter lesson irresponsible attitude to the power of nature (Figure 2). In 2015, in these regions of several floods, landslide, recorded a large-scale of deaths. In April 2015, floodwaters flooded 2.5 thousand homes in Karaganda, East Kazakhstan, Akmola, Pavlodar and North Kazakhstan regions. More than 16 thousand people were evacuated during the flood. According to the Kazavtozhol, the estimated cost of the damage caused by floods is 2.6 billion tenge.

September 2016 was the warmest in the history of meteorological observations in the world. Eleven of the past 12 months have set new records in average global temperature. Last September, according to NASA, was the warmest in the entire 136 year history of the modern meteorological observations. Climate change is already having a significant impact on the world. [4]

Khorgos River Basin for geological and hydrological conditions is at risk of emergency situations of natural and man-made (Figure 3). Physical features pool Khorgos River is located on the southern slope of the ridge Zhetysu Alatau within the heights of 4200 abs. m to 1100 abs. m (divide the exit from hot). Khorgos River is a transboundary river, the left bank of the river basin is the territory of the People's Republic of China [5]. The main feature of the climate in the Horgos pool is it’s continentally and altitude zoning of mining areas, which features:

– Large daily and annual fluctuations in air temperature difference and time difference of its occurrence in different altitude zones;

– A relatively cold winter in middle and severe in the mountainous areas, hot summer and cold in middle to high altitude areas;

– Winter cold snow in the middle zone and severe in the highlands, with a predominance of north-eastern and eastern winds;

– The summers are hot in middle zone and cool in the highlands, moderately dry, with a predominance of the south-western and south-east winds;

– Spring in middle moderately warm and cold zone in high frequent rainfall, accompanied by thunderstorms and, in the upper part of frequent rain transition periods in the snow and hail, with a predominance of western north-western and eastern winds;

Moderately warm autumn, almost all mountainous areas, a sun with a predominance of north-western and eastern winds. The upper part of the basin is glacial-nival zone with a typical Alpine terrain. This part 139 has glaciers, a total area of 5.5 tys.m2 Moraine lakes and 19 (Figure 4). In the upper and middle part of the basin situated cascades lakes. The modern glacier moraine 19, there are 6 lakes, four of which represent a real threat due to small volumes and hollows sizes (Table 1). Seven lake hollows in glacial moraine-glacial complex no. 20, 21, 34, three of which are related to the average degree of, four-outburst to a slight degree, do not pose a serious threat (Figure 5). 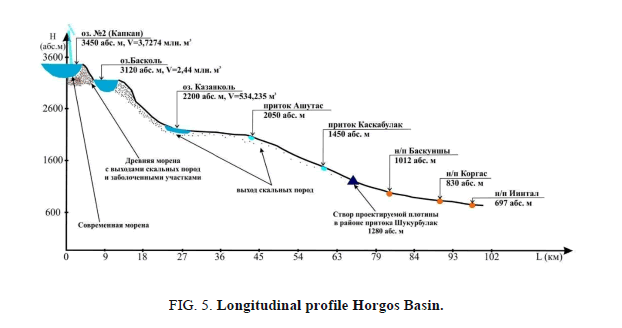 Table 1. Area of mountains in Kilometers.

Genesis moraine lakes in the basin Horgos can be divided into glacial-depressions, thermokarst, corrie dammed, inland waters. Thus, due to the formation of mountain lakes of factors, the major ones are the glaciers and moraines. One of the main features is undoubtedly the stability of these lakes to a breakthrough and the formation of glacial debris flows.

In Khorgos River Basin on the results of the reconnaissance work and decoding satellite images, there are 137 glaciers, 51 moraine and glacial lakes of various sizes and degrees of danger of a breakthrough.

Currently in China there are 13 moraine lakes, including 4 in the basin Zhylandy and 7 in the upper river. Ulken, Kazan and one reservoir pools Ashutas Kaskabulakzhol Rivers [6]. Lake Kazankol in r. Horgos pool, a run-of river, logjam, the magnitude of one of the major lakes in the Khorgos River Basin, located in the middle of the pool at around 2200 abs. m., elongated from north to south for 2.2 km and a width of 250 meters to 300 meters (Figure 6). Construction Horgos protective structures in the basin is the primary anti-flood and anti-event complex nature, aimed at monitoring and warning mudflow danger most active stabilization mudflow side tributaries backing containers for transformation (cutting) peaks nanosovodnyh flood and erosion protection of territories. In this way it is possible in the short term to reduce the flood and mudflow threat to all the objects located in the basin. Horgos and protect intramontane territory. Devices of protective structures will reduce the flood and mudflow threat Khorgos River Basin and protect from floods nanosovodnyh (Figure 7). Khorgos River Basin on engineering-geological and hydrological conditions is at risk of emergency situations of natural and technogenic character. Evaluation of characteristics of a mud flow (Qc, m3/s, W, m3, ρ, t/m3) lake. Kazankol with parameters talo-storm lodging as the most unfavorable case interaction mud flow causes a great danger selezaderzhivayuschim structures. Construction of protective structures on the river. Horgos will reduce the risk of emergency situations of natural character and solve the socio-economic development issues infrostuktury region of the Republic of Kazakhstan. 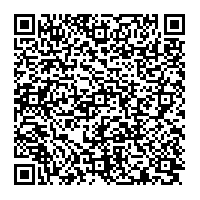