By compartmentalising biological species within semipermeable membranes, integrative colloidosomes with hierarchical structure and advanced function could be used as biomimetic microreactors to carry out catalytic reactions. Despite recent advances in colloidosome design, further work is needed to integrate biological and inorganic components into tiered structures to address the remaining issues of biocatalysis. The Pickering emulsion method was used to create a reasonable design of three-tiered colloidosomes. The semipermeable shell of the microreactor is made up of crosslinked amphiphilic silica-polymer hybrid nanoparticles, an enzyme-incorporated catalytic sub-layer, and a partially-silicified adsorptive lumen. We show that lipase-catalyzed ester hydrolysis can be accelerated within the microcompartment of organic-inorganic hybrid colloidosomes via the confinement and enrichment effect. The catalytic colloidosomes are then packed tightly into a column for enzymatic reactions in a continuous flow manner with faster reaction rates. The three-tiered colloidosomes serve as a solid foundation for incorporating functional building blocks into a biomimetic compartmentalised microreactor with spatially regulated organisation and high-performance functions.

The isolation of biomolecules and biochemical events within membrane-bound microcompartments is a crucial step toward the development of biomimetic microreactors that can imitate the rudimentary functionality of living cells. Synthetic techniques typically use spontaneous or guided amphiphile assembly in solution or at the interface to construct microcompartments such as fatty acid vesicles and liposomes, polymersomes, layer-by-layer capsules, and proteinosomes to localise enzyme components. Bottom-up techniques have been used to demonstrate a wide range of cell-mimicking functions, such as enzyme-mediated catalysis, deoxyribonucleic acid (DNA) amplification, and gene expression. Selfassembly of colloid particles (e.g., SiO2 spherical particles, Janus microgels, metal-containing hybrid particles, metal– organic frameworks, or magnetic particles) at the oil/water interface via Pickering emulsion has recently been developed to produce cell-sized colloidosomal microcompartments. Ordered aggregates of colloids make up these semipermeable and strong structures, which have been employed to somewhat replicate biological membranes. For applications such as gene expression, enzyme reactions, artificial cytoskeletal assembly, cell growth and division, and cell communication, colloidosomal microreactors have been used to house integrated biological or biomimetic processes.

The ability to spatially organise building components within a constrained region and eventually optimise the functioning of artificial systems is a critical step toward these cell-like structures. This usually necessitates the use of numerous noncovalent forces to organise active materials in microcompartments. Furthermore, efficient mass transportation is critical for improving the efficiency of functional processes within colloidosomes, particularly multiphase reactions. In this study, we want to see if we can integrate different colloidosome building components into cell-like microcompartments with microstructural hierarchy and use them as microreactors. Overall, we showed that hierarchical colloidosomes with a hybrid semipermeable membrane, an enzyme sub-layer, and an aqueous interior filled with adsorptive silica nanoparticles may be designed rationally. In a bath reaction system and a continuous flow system, we employed colloidosomes as biomimetic microreactors and performed enzyme-catalytic reactions within membrane-gated microcompartments.

Construction of hierarchical three-tiered colloidosomes- A colloidosomal microreactor with crosslinked SiPNPs as the semipermeable shell layer, an inner connected enzyme sub-layer as the catalytic site, and a silica nanoparticle-filled adsorptive lumen was effectively built. The patchy SiPNPs were made by polymerizing 3-(trimethoxysilyl) propyl methacrylate (TPM) in the presence of hydrophilic SiO2 nanoparticles in a one-step emulsion. The colloidal amphiphilicity of SiPNPs resulted from the combination of hydrophilic silica and hydrophobic polymer, which provided high particle dispersity in both organic solvents (e.g., toluene and isooctanol) and water. This feature also allowed the use of SiPNPs as stabilising agents in the creation of toluenein-water (oil/water) and water-in-isooctanol (water/oil) Pickering emulsions. We formed a water-in-oil Pickering emulsion by incubating an aqueous solution of lipase (1.5 mg mL1 in Tris-HCl buffer) with an isooctanol suspension of amphiphilic SiPNPs (1 mg mL1) to integrate enzyme into colloidosomes. After complexing with SiPNPs, we found that the lipase retained its catalytic activity. The enzyme-incorporated microcompartments remained structurally stable for several weeks, but an emulsion stabilised just by lipase demulsified in less than 20 minutes, demonstrating the importance of amphiphilic SiPNPs in colloidosome stability.

Three-tiered colloidosomes with improved catalytic reaction- We hypothesised that the three-tiered colloidosomes could operate as microreactors that can enrich enzyme substrates for enhanced catalytic reactions because they were able to absorb foreign molecules efficiently in both oil and water phases. To test our theory, we looked at the hydrolysis of p-nitrophenyl palmitate (p-NPP) in lipase-loaded colloidosomes before and after crosslinking, and found that oil-soluble p-NPP was hydrolyzed into a yellow compound called p-nitrophenol, which has a 410 nm absorption peak. The hydrolysis reaction with lipase-loaded noncrosslinked colloidosomes was slower at first than with crosslinked colloidosomes. Free lipase catalysed reactions were shown to be even slower, underlining the necessity of the colloidosomal microreactor in increasing confined processes. The main cause could be the colloidosomal microreactor's considerably increased reaction interfacial area. Optical microscopy verified the presence of lipase-catalyzed p-NPP hydrolysis within the restricted colloidosomal microreactor, where colourless microcompartments became yellow following reaction. The increased catalytic reaction rate in crosslinked colloidosomes was most likely owing to the adsorptive lumen's enrichment of the substrate p-NPP with silica nanoparticles. The importance of adsorptive silica was underlined in Supplementary, where it was discovered that the first response rate increases as the amount of TMOS increases (precursor of silica). Because of the concentration of products (nitrophenol and palmitic acid) within colloidosomes, the reaction slowed after the initial stage.

Ester hydrolysis in a three-tiered colloidosome-filled column reactor- We suggested a continuous flow system to remove the hydrolysis products and sustain long-term catalytic activity of colloidosomes in order to avoid sluggish reactions after the initial stage. The three-tiered colloidosomal microreactors (45 m) were packed into the column to provide enough void channels for the oil flow to pass through and lessen the pressure drop in the column. The reaction products (glycerol and butyric acid) can be efficiently removed by the efflux with the continuous influx of hydrophobic glyceryl tributyrate (GTB) through the lipase-containing colloidosomal microreactors, resulting in a rapid hydrolysis rate under the non-equilibrium reaction condition.The hierarchical structure of colloidosomes was shown by the 3D-reconstructed CLSM image, with the red fluorescence representing the catalytic layer of RhITC-lipase and the green fluorescence representing the adsorptive silica-dispersing lumen.

Finally, we built three-tiered catalytic colloidosomes with a semi-permeable membrane with a hybrid silicapolymer layer, an enzyme sub-layer, and an internal aqueous lumen capable of enriching biomolecules. Organic colours, proteins, polysaccharide, and DNA were selectively sequestered in the microcompartments, allowing for the acceleration of enzymatic reactions. Using a continuous flow reaction format, we were able to reduce the inhibitory effect caused by the buildup of products by putting the threetiered colloidosomes into a flow column. Our findings show how a complex strategy to integrating various building pieces into a hierarchical compartment with optimum functionality can be used in a variety of domains, including microreactors, biomimetics, synthetic biology, and nanomedicine. A possible approach to celllike microcompartments and catalytic microreactors is the combination of hierarchical structures and nonequilibrium reactions. 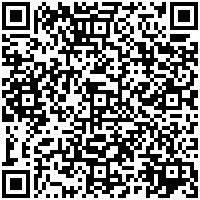