Comparative Study Between Traditional and Mannich Base as Lubricant Oil Antioxidants

Mannich base was prepared by using pentane diamine, p-octyl phenol, and formaldehyde in existence of nitrogen gas environment. FTIR spectroscopy was used to prove the structure of the product. The behavior of the base as antioxidant for lubricant oil was examined through viscosity, acid number and density variation compared with lubricant oil sample containing no additives. A percent of 2% of the product was added to a sample of crude lubricating oil type SAE 50 furnished from Al-Dora refinery. The obtained formulation was kept under elevated oxidation conditions at 393 K, in existence of 0.1% of benzoyl peroxide as free radical initiator for oxidation process, the oxidized samples were taken at periods of 4 h up to 24 hours. The results showed that during the oxidation process, the values of acid number were increased, and there was a decrease in the density and viscosity values for the non-formulated samples in a comparison with those contained a percent of Mannich base in which the studied parameters were kept with no changes in their initial values. The induction period during the oxidation process for the base was done by dissolving 2% of the base in a sample of lubricant oil and subjected to elevated temperature 393 K in existence of 0.1% of benzoyl peroxide by Manometric instillation device based on chemiluminescence mechanism. The behavior of prepared base was compared with traditional universal antioxidants. The results showed an increase in the induction periods for Mannich base during the oxidation operation than those shown in traditional types confirming their high performance.

Engine oils are composed of base stocks and various chemical additives, these additives are necessary in enhance the performance of these oils and to restore constituent compounds which may have been lost during the refinement process [1].
Many researches had been carried out in the field of oxidation of lubricant oils, especially the engine lubricant oil. FT-IR spectroscopy for lubricant oil was done, before is employed in an internal combustion engine and after 15 working hours daily for seven days. It was seen that the FT-IR of the oxidized oil contains a new peak in the region 1800-1700 cm-1, which belongs to carbonyl group generated due to the oxidation of the oil [2]. The FTIR spectroscopy for oxidized oil showed minimum peak intensity at 1710-1770 cm-1 than that observed in the FTIR for the formulated crude oil with a specific concentration of the extracted substituted aniline after applying the same conditions of oxidation [2]. Evaluation study on the ability of anilines extracted from crude oil on the high activity of these compounds on inhibiting the deposits formation in kerosene in a comparison with the universal antioxidant additives. The study was performed on the basis in differences of induction periods for the used antioxidant [3].

Anilines and substituted anilines were used as inhibitors in oxidation processes due to their ability in regeneration characters, by which the mechanism of antioxidants was based on regeneration of the antioxidant molecule during the oxidation process under elevated temperatures performed by Manometric oxidation apparatus. The values of induction periods in presence of the extracted anilines at 393 K were exceeding those for clean lubricant oil [4].

However, in the recent century, researchers are directed toward Mannich base [5] which is beta-amino ketone [6,7], its reaction mechanism is described as a nucleophilic addition reaction which involves the condensation of a compound with active hydrogen(s) with an amine (primary or secondary) and formaldehyde [8], as shown in FIG. 1. Along with biological activities, Mannich bases are also known in their uses as additives for detergent, resins, polymers, surface active agents, and so forth [9]. Prodrugs of Mannich bases of various active compounds have been prepared to overcome the limitations [10]. These bases are (optically pure chiral) of 2-naphthol are employed for catalysis (ligands accelerated, and metal mediated) of the enantioselective carbon-carbon bond formation. They used as intermediates for the synthesis of bioactive molecules [11]. Mannich reaction is widely used for the construction of nitrogen containing compounds [12]. Moreover, these bases have gained importance due to their application in antibacterial activity and other applications are in agrochemicals such as plant growth regulators [13].

FIG. 1. Formation of Mannich base from reaction of aldehyde, amine and alkylated phenol.

The aim of this research is:

1. To synthesize Mannich base in order to be used as active antioxidant for crude lubricating oil.

2. To evaluate its ability by monitoring the changes in the values of viscosity, acid number, and density variation for the oil during the oxidation process.

3. To compare its efficiency with those traditional antioxidants based on the differences in induction periods.

Infrared examination for the synthesized sample was carried out by Burker IFS 113V with KBr cells, and CHCl3 solvent with 1% maximum concentration at ambient temperature. The results of IR spectroscopy are listed in TABLE 1.

TABLE 1. The results of IR spectrum for the prepared Mannich base.

Preparation of Mannich base

The base was prepared by mixing the reagents: pentane diamine, p-octyl phenol in alcohol, and formaldehyde added dropwise. The temperature of the reaction mixture was increased gradually until reach the reflux state and kept for three hrs under nitrogen environment to complete the reaction. After the reaction mixture was cooled to room temperature, a yellow viscous lower layer was formed. This layer was purified and cleaned from the excess amine and phenol by rinsing with benzene.

Blend of 2% of the final product was added to a sample of crude lubricant oil SAE 50 provided from Al-Dora refinery, and 0.1% of benzoyl peroxide as free radical initiator (FIG. 2). The obtained mixture was heated at 393 K with mixing. Samples were taken at periods of 4 h up to 24 h during the oxidation process. Viscosity, acid number, and density variation were examined, and the results were compared with the crude lubricant oil samples. Results are given in FIG. 3, 4 and 5. The induction period test during the oxidation process was examined by Manometric oxidation apparatus based on chemiluminescence mechanism (FIG. 6).

FIG. 3.Comparison of acid number during the oxidation time of lubricant oil.

FIG. 3, 4, and 5 showing the acid number, viscosity and density variation for the selected samples during the oxidation process, it is seen that the synthesized base proved better oxidation resistance properties to the lubricant oil compared with the blank crude oil. It has high efficiency as lubricant oil antioxidant, since the variations in the total acid number; viscosity ratio and density were very small.

FIG. 5.Comparison of density results during oxidation time of the lubricant oil.

The results of our research showing a big positive behavior of the prepared base in a comparison with those prepared, it means that with increasing the carbon chain in the selected diamine, the resulted base proves higher efficiency.

This is may be attributed to:

1. Amine groups freedom participating in neutralizing the formed acid during the oxidation process.

2. The presence of phenolic aromatic amine compounds as inhibitors functioned by donating versatile hydrogen from (OH or NH) groups to stabilize the chain radicals; i.e., these inhibitors destroy the peroxide radicals and thus, the oxidation chain is broken. The marked efficiency of hindered phenols is expressed by their radicals being insufficiently reactive to abstract hydrogen from the hydrocarbon and initiate new oxidation chains.

3. The presence of amine part in the structure of prepared Mannich base neutralizes some of the acidic produced during oil oxidation causing small change in total acid number.

FIG. 6 shows the results of Manometric oxidation based on chemiluminescence mechanism in the presence of 2% of the prepared base and 1% benzoyl peroxide. It is seen that the Mannich base recorded 12 minutes as induction period until the lubricant oil arrives its maximum rate of oxidation which is considered as high value than that recorded in existence of 2% Unol which had the value of 5 as shown in FIG. 7.

FIG. 6.The Manometric examination of blend of Mannich base with lubricant oil.

Mannich base proved high performance as antioxidant for lubricant oil in a comparison with the traditional types of antioxidants like Unol or aldehydic and ketonic types. The small variation in acid number, viscosity, and density of lubricant oil during oxidation process in existence of the prepared base proved the high ability of this base in terminating the free radical chain reaction during the oxidation process. The functionality of the prepared antioxidant is attributed by its multi active groups characterized by free radical scavenging, acidity neutralization, and peroxide termination. The prepared Mannich base with long diamine chain is characterized with higher efficiency as antioxidants than those prepared from short chains. Mannich base recorded high value of induction period in a comparison with these traditional and universal antioxidants. 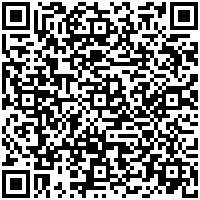