Nanotechnology refers to atomic, molecular, and macromolecular scale research and development that leads to the controlled manipulation and study of structures and devices with length scales ranging from 1 to 100 nanometers. Objects at this scale, such as "nanoparticles," have unique features and functions that are not found at the bulk scale. Nanoparticles' small size, surface tailorability, increased solubility, and multifunctionality provide biologists with a plethora of new study opportunities. Nanomaterials' unique features allow them to engage with complicated biological functions in unprecedented ways, acting at the size of biomolecules. This article gives a biologist's perspective on nanotechnology and discusses "nanotech" tactics and constructions that have already shown success in vitro and in vivo.

As scientists utilise the unique features of tomic and molecular assemblages produced at the nanoscale scale, nanotechnology has become one of the most important research pursuits of the early twenty-first century. Researchers can rationally design and use nanoparticles for medication administration, as image contrast agents, and for diagnostic purposes thanks to our capacity to modify the physical, chemical, and biological properties of these particles. The combination of these new skills, along with developments in imaging, bioinformatics, and systems biology, holds a lot of promise for solving some of biology's most difficult biochemical and genetic challenges. Although many technical advancements are improving biology now, few will have the paradigm-shifting impact on basic research, drug development, and clinical medicine as nanotechnology will. Nanotechnology provides a diverse set of tools and applications by functioning at the nanoscale, at the scale of biomolecules. Drug delivery platforms, enhanced image contrast agents, chip-based nanolabs capable of monitoring and manipulating individual cells, and nanoscale probes that can track the movements of cells and individual molecules as they move about in their environment are just a few of the near-term applications. This unprecedented ability to observe and influence complex systems in vivo and in real time provides detailed information about the fundamental mechanisms and signalling pathways involved in disease progression, and greatly expands the toolkit for drug delivery and noninvasive drug monitoring currently available.

Nanotechnology also provides the ability to monitor and detect molecular and cellular changes associated with disease states by offering constructions capable of merging many functionalities into a single nanoscale entity. With this multifunctional feature, it's possible to design a nanoparticle that can target a certain tissue or cell type while also delivering a contrast agent and a therapeutic payload to the target. A reporter, such as an apoptotic marker, could be included in a nanoparticle. This indicates that the payload was successfully delivered and is having the desired therapeutic impact. Combinatorial nanostructures like these could one day provide "personalised medicine" by adjusting drug delivery to an individual's response. Despite the fact that this may appear to be science fiction, some organisations have already developed multifunctional nanodevices and are putting them to the test in In Vitro and In Vivo Systems.

Without initially defining language, it is impossible to clearly understand the importance of nanotechnology to biologists. For the purposes of this review, I'll use the National Nanotechnology Initiative's (NNI) definition of nanotechnology, which defines it as "research and development at the atomic, molecular, or macromolecular scale." resulting in the controlled development and usage of structures, devices, and systems on the 1 nanometer to 100 nanometer length scale (nm). Because of their small size, such constructions must have unique traits and functions. Carbon nanotubes and gold nanoshells, for example, are two different types of nanomaterials with physical properties on the macro scale that differ from carbon and gold.

Nanotechnology can be found in a variety of materials that are valuable to biologists. Almost all of these materials contain chemically changeable surfaces that can be used to attach a variety of ligands, allowing them to be used as biosensors, molecular-scale fluorescent tags, imaging agents, targeted molecular delivery vehicles, and other biological instruments. The fundamental capability offered by nanotechnology is the unprecedented freedom to design and modify nanomaterials to target cells, chaperone drugs, image biomolecular processes, sense and signal molecular responses to therapeutic agents, and guide surgical procedures. Nanotechnology has the potential to profoundly impact drug development, medical diagnostics, and clinical applications.

Application of nanotechnology to biological systems

The capacity to control the size of the resulting particles and devices is an evident advantage of nanotechnology in biological systems. The basic size of nanoscale devices and components is the same as that of biological beings. Nanoscale structures are smaller than human cells and organelles (10,000 nm to 20,000 nm in diameter) but similar in size to big biological macromolecules like enzymes and receptors; haemoglobin, for example, is 5 nm in diameter and the lipid bilayer surrounding cells is on the order of 6 nm thick. Nanoparticles with a diameter of less than 20 nanometers can pass through blood vessel walls. Because magnetic nanoparticles can depart the systemic circulation through the permeable vascular epithelium, they can scan metastatic lesions in lymph nodes. Nanoparticles can also permeate barriers such as the blood-brain barrier and the stomach epithelium, which make it difficult for traditional medicinal and imaging agents to reach their targeted targets.

Nanoparticles must be tiny enough to prevent quick filtration by the spleen, with filaments spaced at around 200 nm that act as a meshwork for phagocytotic cells, to be acceptable as a drug-delivery platform. Similarly, particles must be small enough to pass through the organ's 150 nm to 200 nm sized fenestrae and avoid the Kupffer cell-lined sieve plates to pass through the liver. The ability of drug-carrying liposomes to extravasate through splenic and liver fenestrae is thought to contribute to their longer longevity. Nanoscale devices can also interact easily with biomolecules on the cell surface and within the cell, frequently without altering their behaviour or biochemical properties. With such easy access to the interior of a living cell, researchers can make significant advances in clinical and basic research. 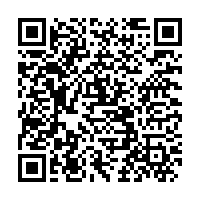