What is the future of meat?

Meat demand is likely to increase by approximately 50-75% based on current consumption trends, since the global population is increasing to reach more than 9 billion by the year 2050. In addition, consumers are more and more concerned by issues related to livestock production systems, animal welfare or climate change. In response, different options have been proposed, since a few years, to satisfy these challenges. One of them is the production of cultured meat, which is based on a huge production of muscle fibers by proliferation of muscle cells initially sampled from a limited number of live animals. Proponents of this artificial meat have been successful in engaging the interest of scientists and public media thanks to an effective communication strategy. Cell culture is well known, in medical research particularly, and successful in research laboratories. This is why a growing number of start-ups (40-50 in 2020) are developing these techniques in order to offer consumers “cultured meat” instead of meat in the near future. However, there are significant technical difficulties limiting efficient and low-cost large-scale production. Furthermore, similarity with animal derived-meat is poor in terms of textural, sensory and nutritional traits, and the process of meat ageing to optimize these traits is not taken into account. Other alternatives can be grouped in two divergent option families. The first one includes, in addition to cultured meat, other high-tech approaches such as animal cloning or genetic modification. It also includes processed foods with new protein sources from plants, fungi, algae or insects. The second group based on agroecology includes orientation of livestock farming systems towards bio-economy (those parts of the economy that use renewable biological resources). As example, this includes traditional more extensive livestock systems and grass-fed cattle and sheep. Grazing systems are indeed the best to convert low-grade cellulose from grass and other forages into high quality products in terms of organoleptic and nutritional traits (i.e. milk, meat), making ruminants very efficient animals. 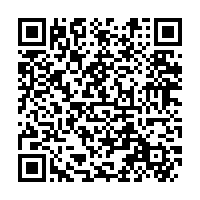