In this research, effect of electronegative F, Cl, NO2 and CF3 substituents on aromaticity of highly substituted benzene molecules is studied. NICS, ASE, HOMA and HOMO-LUMO energy gaps were the indices which are applied to show effect of substituents. In addition, sigma and pi-electron donor acceptors are calculated for all the substituted molecules. Additionally, total electron donor acceptor tEDA was proposed as a new descriptor which was the sum of two previously mentioned descriptors and show total electrons. The trend of results is different for all methods. For instance the behavior of NICS is contrariwise to ASE and HOMO-LUMO energy gaps results and HOMA index calculation provided no valuable information. As other results, it was shown that the calculated NICS in center of rings was changed not only by ring current but also altered with the presence of other atoms fields. The isomerization effect of the aromaticity also was studied and it was shown that the energy, ASE, and HOMA indices adapted to tEDA descriptors. Deficiency of NICS and HOMA methods in predicting the substituent effects illuminated in this research which the NICS deficiency is explained by the fact that the chemical shift of nucleus was resulted from two sources: ring current and other atoms presence. 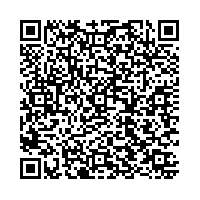