Banana trees belong to the Musa genus and are enormous perennial herbs native to Southeast Asia. The Musa genus is separated into two segments from a botanical standpoint: edible and wild species. All consummated bananas have wild diploid and seminifar non edible parents, notably Musa acuminate (AA) and Musa balbisiana (BB). Seedless triploid clones produce the majority of bananas consumed. There are three types of edible bananas. First, there are ???dessert??? bananas (AAA), which have a high sugar content. It includes the Cavendish, Gros-Michel, and Figue-rose sub-groups, as well as the majority of cultivated bananas. These are usually types intended for export. Their manufacturing process necessitates a large number of inputs and is based on a mono specific model with no rotation. Second, at maturity, cooking bananas (AAB) have a high carbohydrate content. Plantain bananas make up the majority of this group. Third, the ABB triploid group is represented by more hardy bananas, the fruits of which must be cooked before consumption. Bananas are grown in tropical and subtropical climates in more than 120 nations across five continents. After rice, wheat, and maize, banana output is the world???s fourth largest in terms of tonnage. Global production in 2013 was anticipated to be around 106 million tonnes, including 2 million tonnes produced in the Caribbean. Only a small portion, however, is generated for commercial uses. Self-sufficiency is scheduled for at least 85 % of the population. It???s all about cooking bananas here. The dessert banana, on the other hand, is typically grown for export. Bananas produced in gardens provide a reasonable income in many underdeveloped nations. 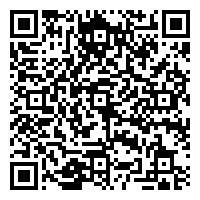