Synthesis of Composites ZnO-Al2O3, ZnO-Al2O3-CuO and Evaluation of its Activity for COS Conversion, H2S Sorption Treatment

Two ZnO-Al2O3 and ZnO-Al2O3-CuO composites were synthesized by precipitation method. The obtained composites have been characterized by physico-chemical methods such as XRD, TEM, BET. Synthetic conditions were investigated as precipitation temperature, pH. The results showed that ZnO presented in all composites in wurzite, CuO in monoclinic and Al2O3 in amorphous phase. The optimum specific surface area attains ZnO-Al2O3 and ZnO-Al2O3-CuO was 83.9 and 89.4 m2/g, respectively. The results of COS treatment showed that ZnO-Al2O3 (10%) presented the highest conversion, reaching 81%. For the capacity of H2S treatment, ZnO-Al2O3-CuO composite gives the best processing capacity with sulfur capacity of 31 gS/100 g of composite, up to 150% in comparison with unadded CuO composite. 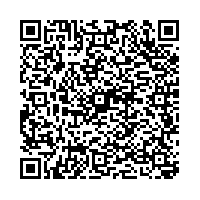