Synthesis of Composites ZnO-Al2O3, ZnO-Al2O3-CuO and Evaluation of its Activity for COS Conversion, H2S Sorption Treatment

Two ZnO-Al2O3 and ZnO-Al2O3-CuO composites were synthesized by precipitation method. The obtained composites have been characterized by physico-chemical methods such as XRD, TEM, BET. Synthetic conditions were investigated as precipitation temperature, pH. The results showed that ZnO presented in all composites in wurzite, CuO in monoclinic and Al2O3 in amorphous phase. The optimum specific surface area attains ZnO-Al2O3 and ZnO-Al2O3-CuO was 83.9 and 89.4 m2/g, respectively. The results of COS treatment showed that ZnO-Al2O3 (10%) presented the highest conversion, reaching 81%. For the capacity of H2S treatment, ZnO-Al2O3-CuO composite gives the best processing capacity with sulfur capacity of 31 gS/100 g of composite, up to 150% in comparison with unadded CuO composite.

Natural gas contains certain amounts of H2S and COS. In case of presence of these gases, the utilization of natural gas in industry can cause serious consequences due to their acidity. These gases can corrode directly metallic equipment and event can be converted to H2SO4 as a strong corrosive agent [1]. In addition, for living environments, H2S has an unpleasant odor and with the exposure to high levels, can give fatal damage to human body [2]. There are a different H2S gas treatment technologies that have been deployed in industry such as: (i) Chemical sorption method (using of sodium hydroxide, KOH), (ii) Physical sorption methods (using organic solvents: propylene carbonate, dimethyl ether), (iii) Physico-chemical method (using diisopropanolamine, methyldiethanolamine, alkyl ethers and so on) [3]. There are advantages and disadvantages for each other methods. However, these technologies only handle sulfur content down to 100 ppm. In order to ensure a deeper level of sulfur treatment, solid phase sorbents technology has been developed. This method allows the deep treatment of H2S, under 1 ppm. Typical metal oxide used in this technology is ZnO oxide. ZnO oxide has high sulfur sorption capacity, but slow sorption kinetic limits its capacity [4-6]. CuO oxide is also known to have rapid kinetic sorption with H2S [7,8]. However, the its sorption capacity is low. Hence, a combination of these two phases could improve sulfur sorption capacity. For COS, the treatment is through the hydrolysis of COS to H2S and H2S, which will be absorbed after [9]. To catalyze the hydrolysis of the COS gas, Al2O3 oxide is known to be a potential catalyst. In the present study, we aim to synthesize the composite ZnO-Al2O3 and ZnO-Al2O3-CuO and evaluate its catalytic activity for COS and H2S treatment.

Co-precitation method: The adequate amount of Zn(NO3)2 and Al(NO3)3 salts (99%, TQ) dissolved in distilled water and simultaneously dropped in Na2CO3 solution at controlled temperature and stirring constantly. The obtained solution was aged at 80°C for 2 h. The mixture was then filtered, washed and dried at 100°C and after that, calcined 350°C for 2 h. Experiments were conducted with the influence of factors such as synthesis method, temperature, pH, reactant concentration, stirring speed and heating mode.

Sequential precipitation: In this method, each salt (Zn(NO3)2, Al(NO3)2) was precipitated one after the other and the others experimental conditions was the same ones of co-precipitation method.

The procedure was the same one of co-precipitation descibed above but with the mixture of three salts Cu(NO3)2, Al(NO3)3 and Zn (NO3)2.

The crystalline structure of materials was determined by X-ray diffraction, on the D8 Advance (Bruker) apparatus. The morphological characteristics were determined by Transmission Electron Microscopy (TEM), on the model JEOL-JEM-1010. The specific surface area was measured on BET Micrometrics 2390 Gemini VII (USA).

The sulfur sorption capacity was determined on a device which is a type of continuous micro flow system with a U-shaped absorption tube [10]. The amount of material used in the tube was of 1.5 g, cleaned under N2 flow for 30 minutes before introduce flow of 5% H2S/N2, with flow rate of 70 mL/min at 300°C for 1 h. The sulfur content of the sample sorption after test was determined on the Model CS-MAT 5500 apparatus.

Effect of synthetic methods: The Figure 1a and 1b show the XRD patterns of ZnO-Al2O3 synt hesized by two methods. In two patterns, it appears clearly diffraction maximum at angles of 2θ=31.8°, 34.5°, 36.2° corresponding to the wurzite phase of ZnO and no peak characteristic of the Al2O3 crystalline phase was found. This one may be explained by the well dispersed of the aluminum nanocrystal on/in ZnO phase and/or amorphous structure of alumina formed.

Figure 1: XRD patterns of ZnO oxides synthesized by (a) Co-precipitation and (b) Sequential precipitation methods.

The specific surface areas determined were of 82.4 and 76.2 m2/g for ZnO prepared by co-precipitation and sequencial precipitation method, respectively. The results obtained show that the specific surface area of the ZnO-Al2O3 composite material prepared by the first method has nearly the same surface area of the one by the second method. However, TEM images obtained showed that, with the co-precipitation method (Figure 2a), the aluminum oxide particles were quite homogenously dispersed in the ZnO phase and the aggregation decreased significantly in comparison with the second method (Figure 2b).

This can be explained by the fact that, by co-precipitation method, the 2ZnCO3.3Zn(OH)2 [11] and Al(OH)3 are simultaneously formed, the Al3+ ions are homogenously dispersed in the mixture and facilitated substitution of Zn2+ ion by Al3+ n intermediate hydroxyl carbonates. And after the calcination the ion Al3+ was inserted into the octahedral and tetrahedron cavities in the lattice of ZnO due to smaller ionic radius of cation Al3+. As a result, aluminum oxide was better distributed in the ZnO active phase.

Table 1. Dependence of specific surface area (SBET) of the materials versus co-precipitation temperature.

Effect of pH: To ensure co-precipitation of Zn2+ and Al3+ ions occurred simultaneously, the lowest pH selected was of 7. The change in specific surface area of the product according to the pH of the reaction medium shown in Table 2. During the experiments, solution of Na2CO3 was used to adjust the pH from 7 to 11. The results showed that as the pH of the co-precipitation increased from 7 to 11, the specific surface area of the material tended to decrease. Hence, the pH equal 7 was the appropriate value for the co-precipitation reaction.

The composite ZnO-Al2O3 (10% wt) was chosen to be modified by CuO. The XRD pattern of ZnO-Al2O3-CuO (11, 3% wt) prepared by co-precipitation method is presented in Figure 3. 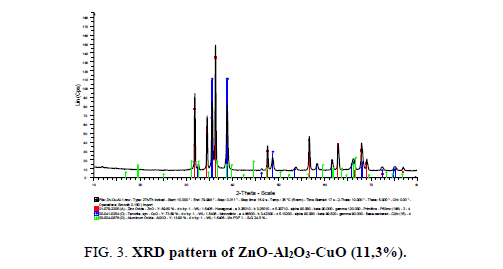 Figure 4 shows a TEM image of the 11% CuO-ZnO-Al2O3 material sample. The TEM image in Figure 4 showed that the added phase seems to be well dispersed in ZnO phase. The particles were in spherical form with diameter less than 10 nm. It was obvious that the particles agglomerated in porous palettes.

Table 3 shows the results of surface area measurements of ZnO-Al2O3 modified by CuO using co-precipitation method (denoted as CT-CZA). The results in Table 3 show that the specific area surface was not really influenced by added content of CuO and equal from 84.2 m2/g to 85.1 m2/g.

COS conversion on material ZnO-Al2O3: Incorporation of Al2O3 onto ZnO material promotes COS hydrolysis in the presence of H2O to form H2S. The resulting H2S will then be sorbed onto ZnO. This process is described as follows:

The role of Al2O3 content on the COS conversion yield was shown in Figure 3. 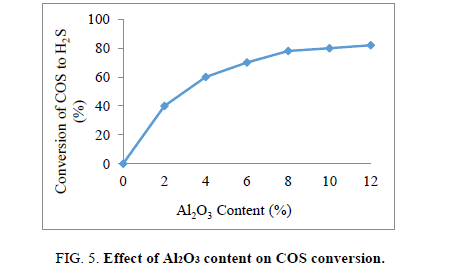 H2S sorption test on material ZnO-Al2O3-CuO: The role of CuO content on the sulfur treatment efficiency of ZnO-Al2O3-CuO was investigated and showed Figure 6.

Figure 6: Effect of CuO content on the sulfur sorption capacity of the material ZnO-Al2O3-CuO.

The results in Figure 6 shown that the H2S sorption capacity of composite ZnO-Al2O3-CuO was improved form 20 gS/100 g sorbent to 31% gS/100 g sorbent, corresponding the CuO content from 0% to 11.3 wt%. Higher CuO content of 11.3 wt%, H2S sorption capacity was likely unchangeable. According to these result, by more rapid kinetic than one of ZnO, H2S was firstly adsorbed on CuO active site to form before transferring S to ZnO site. This phenomenon allows a better sulfur sorption of these material. On the hand, it allows a deeper H2S treatment. This mechanism is described as following:

Howerver, CuS is not stable and decomposed easly in H2S and CuO, before react with ZnO to form ZnS. Thus, when CuO content increase until a certain content, there is a CuO phase amout in excess which not react with H2S but not with ZnO. That explained why CuO content equal 11.3% was the best value to these composites in H2S treatment.

The composites ZnO-Al2O3 and ZnO-Al2O3-CuO were studied. For the composite ZnO-Al2O3, the most appropriate synthetic condition, to obtain the highest specific surface area, was determined as following: co-precipitation method, reaction co-precipitation equal 70°C and pH equal 7. At this condition ZnO-Al2O3 material has the highest surface area of 83.9 m2/g. The composite composed from wurzite crystal structure ZnO phase and amorphous to Al2O3 as indicated by XRD patterns. In the case of composite materials ZnO-Al2O3-CuO. The TEM images showed a good dispersion of CuO and Al2O3 on the ZnO phase. The XRD results indicated the presence of monoclinic phase of CuO and wurzite phase of ZnO.

For ZnO-Al2O3 composite, the catalytic test showed that the COS conversion was proportional with the content of Al2O3 and attain the maximum conversion of 81% at 10% of Al2O3 content. The results of the H2S sorption study on ZnO-Al2O3-CuO composite showed that sulfur sorption capacity increased with CuO content and reached an optimum value of 11%, corresponding a sulfur capacity of 31 gS/100 g material. In comparison without CuO, the sulfur sorption onto ZnO-Al2O3-CuO 11% composite has increased approximately 150%.

The authors would like to thank the Ministry of Industry and Trade for funding the project following the contract 05/HD-?T.14/CNMT. 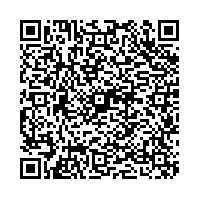