The presence of fungal flora in the dates for man food can lead to serious consequences for his health. The quality control during the storage can reduce the loss of product caused by these fungi. It is a means of prevention and risk management of infections by fungi, some of which may be highly toxigenic. The study of fungal contamination of samples stored dates was performed on 12 samples from six varieties of dates (Chars, Deglat Nour, Deglat Beida Tantbouche, Kentichi, Tenissine) collected from two local of conservation in two regions located in south of Algeria (Ouargla and Oued righ). The results showed a wide range of fungal flora contamination. In fact, ten species belonging to eight genus of fungi were isolated (on PDA medium incubated at 25 °C) of 6 varieties of dates in each region. The genera Aspergillus is the principal representative of the contaminated fungi of dates studied. This type was represented by two species: Aspergillus niger and Aspergillus flavus, followed by genera of Penicillium in turn represented by two species: Penicillium expensium and Penicillium isolandicum. Finally, Fusarium solani, Paecilomyces variotii, Candida albicans, Cladosporium sp, Mucor sp are relatively less frequent in the samples of dates analyzed. Moreover, this study showed that the fungal spoilage of dates is directly related to the water content and acidity of dates. This study shows the need for quality control in post harvest dates and during storage thereby limit the loss of product caused by fungi. 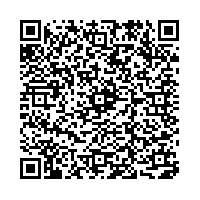