Natural Disaster: Much Space for Progress!

In the Journal of Geography & Natural Disasters, I had the opportunity to read the editorial of David Alexander [1] titled “Disasters: Lesson Learned?” In the editorial, the author has argued that “events are capable to teach us, and experience can be valuable if we heed what it has to say to us”. On the evening of May 22, 2011, Joplin, Missouri, USA, suffered an EF5 tornado, which killed 162 people. This tornado event stands as the deadliest single tornado to hit the United States since modern recordkeeping began in 1950. The 2011 Joplin tornado caused an estimated $3 billon in insured losses, killed 162 people, injured more than 1,000, and was the first single tornado in the United States to result in more than 100 fatalities since the June 8, 1953, Flint, MI, tornado, which claimed 116 lives. In addition, this was the third tornado to hit Joplin, MO since 1971. Thus, what do we have learned from previous disasters that should help policy-makers as well as private and public emergency management agencies to improve tornado preparedness and response? As David Alexander [1] states in his editorial “there are many positive developments”. For instance, many studies claim that if tornado warnings are not issued in a timely manner (or not issued at all), the population at risk is less able to take cover, which may lead to more deaths and injuries. Also, knowing where to go in a storm is just as important as getting warning. However, people often ignore tornado warnings and do not take cover. So, if warning can save lives, why are people so careless? Well, we have learned that people often disregard warnings if such warnings have proven wrong in the past, or the “false alarm effect” as it is known in the hazard literature. We also have learned that tornado warnings are most effective when warnings are frequently repeated, confirmatory, and perceived as credible by the public. In fact, access to many sources of information bolsters individual response to tornado warnings. In this regard, studies have showed that certain individual and household characteristics also influence how the public responds to tornado warnings. The lack of access (or limited access) to warning sources means that poor and less educated persons may not take protective action because they do not receive a warning in the first place or do not receive confirmation of the warning. Moreover, a “safe room” within a house is an ideal shelter against an impending tornado. However, because safe rooms cost a considerable amount, the poor are again at a disadvantage. We also have found that the elderly, infirm, or disabled individuals tend to dismiss warnings in a cognitive process framed by situational factors like compromised mobility and difficulty in hearing tornado warnings. These people typically require additional time and/or assistance to get to the best available shelter. Also, researchers claim that people directly affected by disasters are significantly more responsive to future hazard predictions and warnings than those who have never been affected by a disaster. However, if the event occurred in the distant past, people may fail to comply with hazard warnings because memories of such events tend to fade over time. Evidently, the findings above have demonstrated that we have learned from past experiences. However, many of the findings are related to individuals or households characteristics and many questions still remain unanswered. For instance, how do we prepare to disasters? How can we reduce the impacts of tornado in society? How vulnerable is a community to disaster? How resilient is the community for recovery from a disaster, such as a tornado? Disaster-affected communities will require critical support to recover and vulnerable communities may take long to recover from a disaster. If we focus on the concept of resilience as the ability to adapt, and strengthen in the face of adversity, or the ability to return to original form, without doubts, Joplin is a good example of it. A year after the disaster the city created a recovery committee that endorsed a longterm recovery plan that will ensure that new constructions meet certain design standards, among other important tasks. But what makes this city more resilient than others that suffered similar natural disasters? Failure to understand the risk behavior and culture of communities can lead to the collapse of communities. The study of natural disasters is complex and it is of interest of students, scholars, and policy-makers. Not all natural disasters can be avoided but disasters can be mitigated. However, we need to focus on understanding what makes a city/community more resilient to disasters and take a leadership role in advocating strategies and tactics that promote it. There is much space for progress 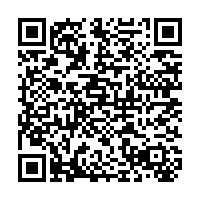