The capacity of bacterial cells to adapt to and monitor varied environmental situations is dependent on the density-dependent method of cell-to-cell communication, which is based on contact-associated chemical substance exchange, chemical signaling, and electrical impulse signaling. Biofilm is shown to be the source of the majority of chronic illnesses in people. Biofilm is a syntrophic combination of microbial cells with self-synthesized hydrated polymeric compounds that remain attached to biotic or abiotic surfaces. The formation of biofilm is caused by planktonic bacterial cells adhering to a surface, such as medical equipment and prostheses. Valve endocarditis, chronic otitis media, cystic fibrosis, and wound-associated infections are all complications. Microbiologically manufactured nanoparticles are shown to be more favorable than chemically synthesized counterparts since the former does not require as rigorous requirements as the latter, such as a pure starting material. Microbiologically produced NPs are more economically feasible due to the necessity of ideal conditions and cool temperatures (20â€“30Â°C). Furthermore, the inclusion of a biological capping agent on certain micro biogenic nanoparticles, which acts as a protective coating against oxidation, agglomeration, and aggregation, improves stability. As a result, microbiologically produced NPs are frequently regarded as a superior antibacterial treatment alternative. 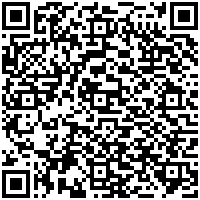