Most alkylations are typically conducted using alcohols, not alkyl halides. Alcohols are less expensive than alkyl halides and their alkylation does not produce salts, the disposal of which can be problematic. Key to the alkylation of alcohols is the use of catalyst that renders the hydroxyl group a good leaving group. The largest scale N-alkylation is the production of the methylamines from ammonia and methanol, resulting in approximately 500,000 tons/year of methylamine, dimethyl-amine, and trimethylamine. The reaction is poorly selective, requiring separation of the three products. Many other industrially significant alkyl amines are produced, again on a large scale, from the alcohols. Epoxides are another class of halide-free N-alkylating agents, useful in the production of ethanolamines, in the last years, leading the N-Alkylation amines reaction by alcohols in the presence of Cu catalyzer to act in low pressure and temperature conditions. Among the used catalyzers can point Cu-Acetate (Cu(OAC)2) and Cu-Oxide (CuO) also Aniline with Benzyl alcohol reaction. 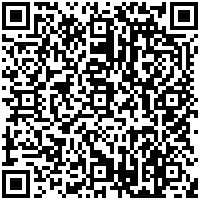