Cervical cancer is the most frequent cancer among women in Senegal. However, there are few data concerning the HPV types inducing neoplasia and cervical cancers and their prevalence, in the general population of Senegal. The aim of this study is to determine the prevalence of HPV infection in Senegalese women aged from 18 years and older. A study was performed on 498 cervix samples collected from healthy women aged 18 and older in Dakar. 438 other samples were collected from three other regions, Thiès, Saint Louis and Louga. The samples were screened for 21 HPV genotypes using an HPV type-specific E7 PCR bead-based multiplex genotyping assay (TS-MPG) which is a laboratory-developed method for the detection of HPV. The prevalence for pHR/HR-HPV in the region of Dakar was 20.68%. HPV 52 (3.21%) was the most prevalent HPV type, followed by HPV 16 (3.01%) and HPV 31 (3.01%). In the regions of Thiès, Louga and Saint Louis, the prevalence for pHR/HR-HPV was 29.19%, 23.15% and 20%, respectively. The study revealed the specificity of the HR-HPV prevalence in Dakar and other regions of Senegal. The patterns differs from the one observed in the other regions of the world and rise the issue of the development of vaccination program in the country. Such a program should take into account the real HPV prevalence for an effective protection of HPV-associated diseases. 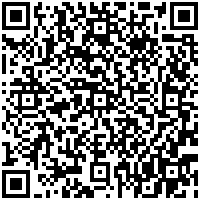