Heterogeneous Photo Catalytic Degradation of the Phenothiazine Dye, Azure A: A Kinetic Approach

The photo catalytic degradation of the phenothiazine day, Azure A was investigated in aqueous solutions containing TiO2 suspension as photo catalyst. The influence of parameters as initial dye concentration, amount of catalyst, solute, on pH addition of H2O2, K2S2O8, the presence of NaCl, Na2CO3, temperature, N2, O2 purging and COD, DO2 measurements were studied. The degradation rated was found to be strongly influenced by all the above parameters. Results showed that adsorption played an important role in the control of the photo catalytic degradation and an optimal TiO2 concentration of 300 mg/100 mg was determined. The reaction takes place much effectively at ph 9.00 and its play on important role in the characteristic of textile wastewater and generation of hydroxyl radicals. The results also indicated that the greater the formation rate of OH radical was, the higher photo catalytic activity was achieved. The degradation of dyes was also investigated under sunlight and the efficiency of degradation was compares with that of the artificial light source UV-Vis spectra, estimated COD, evaluation of CO2 confirmed the mineralization of dyes during photo catalytic degradation secondary pollution. So, in recent years, heterogeneous photo catalytic oxidation has received considerable attention of dyes and textile effluents, Heterogeneous photo catalysis is based on the irradiation of a photo catalyst, usually a semiconductor such as TiO2 with light energy equal to or greater than the band gap energy. This causes a valence band electron to be excited to the conduction band, causing charge separation. The conduction band electrons and valence band holes can then migrate to the surface and participate in interfacial. 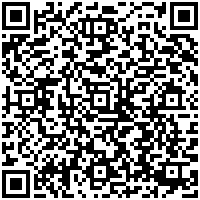