Four Periodical Natural Big Disasters of the Planet Earth during Each Precession Cycle, Caused By Its Motion (New Theory)

the planet has opposite vertical motion. That is the polar shift. The Sun appears on the west. New angular velocity

direction of the core and no homogeneous gravity field of the Sun cause acceleration of the core self-rotation with
corresponding increasing of the Earth magnetic field, pushing the planet away from the Sun during millenniums. Sinus
law of the core rotation makes significant jump in acceleration 6,500 years after causing new centrifugal redistribution
of the planet water more concentrated around the equator area, followed by big earthquakes and volcano eruptions. It
is a big flood. Planet with accelerating self-rotation of the inner core continues to leave sunny area approaching to the
ice period. The shape of the core is ellipsoidal then, giving the chance to the “sunny” moment to rotate it vertically again
13,000 years after. The Sun appears on the east. It is another polar shift. New conditions cause mild slowing down of
the core self-rotation pushing the planet toward the Sun. Magnetic field is slowly decreasing. 6,500 years after the same
sinus law influences sharp decreasing of the angular velocity of the inner core. New redistribution of the planet water
from the equator to the north and south appears, followed by big earthquakes and strong winds. It is famous big flood
we “remember” it. The planet is approaching to the Sun losing angular velocity of its core and good shape for good
stability. 6,500 new years and new global warming with new polar shift are in front of it, 26,000 years later.
So, we have two polar shifts and two big floods within the precession cycle of 26,000 years. Such motions to the
Sun, to the global warming, and to opposite direction, to the ice period, each 13,000 years, are the Earth periodical
games giving it possibility to stay in the “ring of the life”. The big flood doesn’t need “another” water. Redistributions
made by the bigger or smaller centrifugal forces are the answers for the new changed geography maps. Polar shifts are
much bigger disasters. Tectonic plates are not in collision then. They go up and down for more than 20 km in horrible
mantle fire, pushed by the biggest vertically rotated scary inner vortex searching for the space under the weak crust.
Complete “grill” arrangement of the Earth ground influences creation of the absolutely new maps. 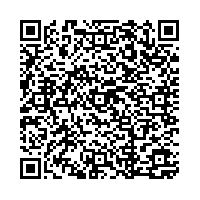