Conventional cancer treatment protocols are either toxic or of minimal therapeutic value, necessitating investigation of new modalities for efficacious treatment and management of cancers. Among the various novel compounds, Histone Deacetylase Inhibitors (HDACIs) target cancer cells over-expressing deacetylases (HDACs). The inhibition of HDACs changes gene expression without altering the DNA sequence. In the present study, an albumin-based microparticulate drug delivery system containing vorinostat was formulated and evaluated for breast cancer therapy. Drug-loaded microparticles were prepared by a microencapsulation method through spray drying. Prepared microparticles containing the active drug were characterized for their physiochemical properties, including size, surface morphology, Zeta potential and surface properties. Dissolution studies were carried out to examine the release profile of the drug from the delivery system. For in vitro characterization and efficacy studies, breast carcinoma HTB-126 wells were used. Histone deacetylase (HDAC) activity was determined from cancer cells, and the efficacy of the free vorinostat and microparticle formulations was compared. Global histone changes in cells were analyzed using two-dimensional polyacrylamide gel electrophoresis (2D-PAGE). Western blot was also utilized to detect acetylation marks in cells. Uptake studies were carried out in cancer cells to examine the internalization capability of microparticle drug formulations. Data indicated that microparticles were approximately 2-µm in size with Zeta potential measurements of about -30 mV. Release studies in cells showed that the drug released from the microparticulate delivery system at an extended rate over a period of over 24 hours. In vitro data in cancer cell line indicated that there was at least 10% more inhibition of cell viability when vorinostat was used with the microparticles. Similar results were observed from clonogenic studies. Additionally, in vitro data suggested that cell death induced by the drug-loaded microparticles was caused by apoptosis. Drug-loaded microparticle formulations were able to be internalized into cancer cells. Microparticles were shown to bea promising targeting strategy for cancer epigenetic therapy by providing an extended-release of the drug in the body. Future studies in animals could provide a proof of concept for the role of HDACIs in the therapeutic treatment of cancers. Epigenetic mechanisms are known to play a critical role in cancer initiation and development and are implicated in other diseases as well such as multiple sclerosis, neurological disorders, asthma, and depression. By exploiting epigenetic regulation, the expression of genes can be controlled or regulated without the risks associated with genetic changes in the DNA sequence itself. There are several epigenetic drugs approved or in clinic trials including 5-azacytidine, 5-aza-2′-deoxycytidine (decitabine), Suberoylanilide hydroxamic acid (SAHA), valproic acid, and entinostat. Several methods of enhancing delivery include a delivery system such as different nanocarriers, altering the chemical structure of the drug (pro-drugs), and administration in combination with another drug are aimed at increasing effectiveness of these drugs. Choosing a form of delivery vector includes taking into account properties of the drug or agent to be encapsulated such as the polarity of the drug (some popular epigenetic drugs such as decitabine and 5-azacytidine are hydrophilic), molecular weight of the drug, pharmacokinetics and biodistribution, and effective dose and time of treatment needed at the diseased site. Other factors come into play as well such as the target area's pH, mode of cellular uptake, and the desired intracellular release location. Surface modifications can be used to alter or enhance the intracellular interactions or interactions occurring prior to cellular uptake possibly with the blood when given intravenously or gut tissue and fluids when given orally This review focuses on epigenetic targets where there are drugs in the clinical or preclinical phase targeting their action (i.e. DNMT and HDAC) and the methods of delivering these drugs including delivery systems, altering the chemical structure of the drugs themselves (prodrugs) and using combination therapies to increase efficacy 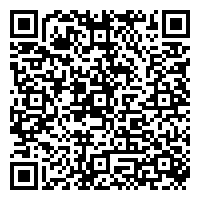