Gamma radiation is a non-thermal processing tool that is used all over the world to improve microbial safety and eliminate food waste. In the radiation techniques that gamma rays from radioactive isotopes (Co-60 or Cs-137) or an electron accelerator in a regulated environment to destroy pathogenic species that might be found in food. The objectives of this research were to use low dose gamma radiation in foods to kill species, assess the optimum dose, and test nutritional parameters before and after gamma radiation. Eventually, sensory tests were conducted by fifteen members. In this research, gamma radiation was used in herbs and spices, raw and fresh dairy products, fish, and ready-to-eat vegetable salads samples. Samples were irradiated with 0 to 15 kGy and store in the room temperature (220C) in the laboratory. This study also identified microbial pathogens in the un-irradiated foodstuffs are Escherichia coli, Listeria spp, coliforms, Salmonella and Bacillus. Results also indicated that gamma radiation reduced the total microbial population compared to control and optimum gamma radiation doses (6 kGy for herbs and spices; 8 kGy for dairy products; 8 kGy for fish, 4 kGy for vegetables samples) were identified for decontamination of the organisms in the studied spices. No significant differences before and after gamma radiation were observed in physico-chemical, nutritional and sensory properties. Radiation is becoming more widely researched as a process to preserve quality, improve protection, and minimize quarantine and post-harvest loss, according to several international food and health organizations such as the Food and Agriculture Organization (FAO) and the World Health Organization (WHO). 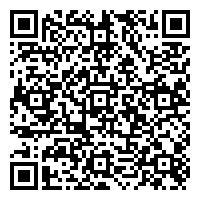