Empirical Relationship to Predict the Gas Efficiency of Biomass Blends: an Optimization Study

The objective of this work was to assess the combined effects of the blending ratio in a fluidized gasification process, where the focus was to quantify the relationships between the response variables and vital operating factors. The response variables used in this work were gasification efficiency, tar yield and carbon conversion with different bed materials such as silica and limestone. Experiments were conducted over a temperature range of 700-900oC, using equivalent to 0.35. All of the response variables were successfully fitted to either a two-factor interaction or quadratic model. Using RSM, the effects of individual operating factors and their interactions were categorically determined, which were not otherwise possible by the classical design of experiment methodology. Using the resultant response variable correlations, gas efficiency was optimized as a function of the different blending ratios and bed materials respectively. The full potentiality of wheat husk, corn stalk and coconut shell for fluidized gasification was successfully investigated via RSM. 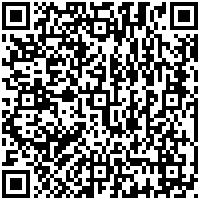