Effects of Puberty on Health

Early puberty is not well defined in pediatric endocrinology. Early puberty is described as the start of pubertal development between the ages of 8 and 10 years in girls. In practice, adopted children are frequently affected by early puberty, compromising final height. In other children with early puberty and relatively short stature. Menstruation is a physiological phenomenon which is unique to females that begins in adolescence. The first menstruation is termed as “menarche”. The earliest external changes—breast buds in girls. Menarche, often seen as the de?ning element of female puberty, occurs in late puberty, about 2•0–2•5 years after breast budding. Puberty is generally complete over the 2–4 years after gonadarche, but other changes induced by sex steroids, including sexually dimorphic patterning of fat and muscle, continue throughout adolescence. The 4–5 year variation in age of onset of puberty among healthy individual re??ects a strong genetic component, with nutrition, psychological status, and socioeconomic conditions having additional e??ects. Pathological pubertal delay is most commonly associated with chronic illness, stress, and under nutrition. Premature adrenarche in girls can be a indication of the polycystic ovary syndrome and its associated metabolic consequences. The mean menarcheal age is now 12–13 years in most developed countries, with minor variations. Many brain changes take place during adolescence. Early puberty is an independent risk factor for the persistence of asthma into adolescence and severity of asthma in adulthood. Sex di??erences in chronic physical illnesses alter during puberty. The peak age of onset of type 1 diabetes is in the early pubertal years in both sexes, possibly due to the metabolic demands of growth and to heightened insulin resistance during puberty. Depressive symptoms in girls shift markedly in early adolescence so that by the mid-teens, rates of depressive disorder are over two-fold higher in girls. Panic attacks are also rare before puberty, but increase markedly in girls with pubertal development. Pubertal timing seems to a??ect cardiovascular risk separately from BMI. Women who report early menarche have an increased BMI in adolescence and adulthood independent of childhood BMI. Blood pressure and lipid pro?les seem to be more strongly associated with pubertal stage than with age and body size during adolescence. Early puberty has been linked to cancer in later life through several mechanisms. Longer duration of exposure to gonadal steroids might increase the risk of steroid dependent cancers such as breast and ovarian cancer in women. Increased rates of obesity in early developers might heighten oxidative stresses that raise risks for a range of cancers 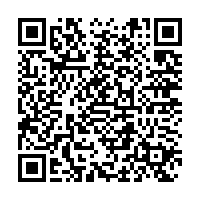