The photovoltaic collectors have proved great efficiency in the solar energy power conversion; however, different PV and hybrid thermal collectors are being attracting many researchers. Throughout this attempt, a PVT based on thin-film solar cells based on different technologies (binary, ternary and quaternary materials) has been put in reliability study. In this paper different generations have been discussed. The energy balance equations for different configurations have been described. The analytical expressions for electrical and thermal efficiencies have been calculated through a Matlab simulation (1D) and ANSYS Software (3D). It has been averred that the obtained efficiency by the PVT collectors based on cadmium telluride (CdTe), copper indium diselenide (CIS) and copper indium gallium diselenide (CIGS) is more important than once obtained by PVT collectors based on silicon and amorphous silicon (a-Si), within a rate from 47% to 57%, furthermore, with this kind of PVT, the output temperature of the coolant reach a value of 43.2°C is higher than the value obtained by the PVT collectors based on silicon and amorphous silicon. 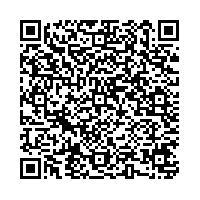