Caught in the Middle: Reasons for Hindered Growth among Dairy Groups of Haa District in Western Bhutan

The study objective was to identify and analyze the causes of hindered growth of dairy groups of Haa district in Western Bhutan. The study was conducted in the autumn of 2018, in major administrative blocks of Samar, Kartsog and Bji of Haa district. Sixty key respondents from three blocks were interviewed. The study was administered through field surveys, using the semi-structured questionnaires with open- and closed-ended questions. Except for Kartsog administrative block, there was no significant change in the number of group members before and after more than half a decade since the establishment of dairy groups in Samar and Bji administrative blocks. Dairy groups were dominated by female members. Members with bigger land holdings allocated more land for cultivating exotic pasture that allowed them to rear a greater number of exotic dairy cattle. Dairy groups faced acute feed and fodder shortages and low milk production in winter. Dairy product diversity was very poor and the only products developed were butter and cheese. The group members lacked skills and capacity to develop new dairy products. They expressed their interests to acquire new skills and develop capacity to produce diverse products. The groups also faced issues of marketing, due to lack of proper and organized markets. However, the current governance of dairy groups was good, except for the Samar administrative block. The study concluded that the pressing issues facing dairy groups of Haa are: lack of skills and capacity of dairy groups; poor diversity of dairy products; and lack of proper and organized markets for dairy products. 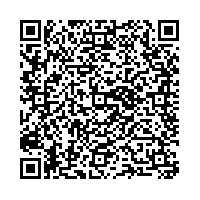